The new bird flu strain that has killed 36 people in China has proved resistant to Tamiflu for the first time, a development scientists said was "concerning". 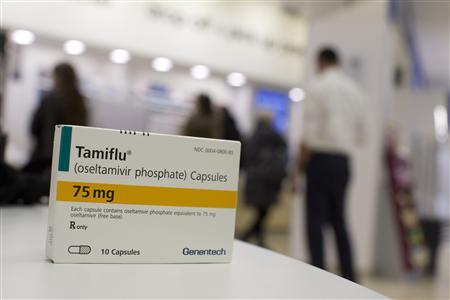 The H7N9 virus was found to be resistant to Roche's widely used flu drug in three out of 14 patients who were studied in detail by doctors from Shanghai and Hong Kong.

Tamiflu, which is given as a pill, belongs to a group of medicines known as neuraminidase inhibitors that currently offer the only known treatment option for bird flu. GlaxoSmithKline's inhaled medicine Relenza has the same mode of action.

In one patient, the gene mutation responsible for resistance appears to have arisen after infection took hold, probably as a result of treatment with Tamiflu, leading to concerns that medication may be the trigger for resistance to develop.

"The apparent ease with which antiviral resistance emerges in A/H7N9 viruses is concerning; it needs to be closely monitored and considered in future pandemic response plans," the researchers wrote in an article published online by The Lancet medical journal on Tuesday.

Earlier genetic studies had raised worries about drug resistance but this is the first time that the problem has been documented in clinical cases.

A spokeswoman for Swiss-based drugmaker Roche said rates of Tamiflu resistance remained low globally, but it took the issue of resistance "very seriously" and was collaborating with health authorities to monitor the situation.

The H7N9 virus is known to have infected 131 people in China since February, but no new cases have been detected since early May, according to the World Health Organization.

Experts from the United Nations agency said last week the bird flu outbreak in China had caused some $6.5 billion in losses to the economy.

Scientific studies of the virus have established it is being transmitted from birds - probably mostly chickens - to people. But experts have yet to identify the source of the circulating virus - the so-called "reservoir" - that is leading to chickens contracting it and sporadically passing it on to humans.

Frenchman dies of new coronavirus after trip to Dubai
A Frenchman has died after contracting a SARS-like virus that has killed 22 of its 44 known victims, the Associated Press reported 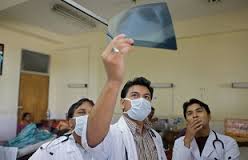 .
The 65-year-old man, whose name has not been made public, was hospitalized with respiratory symptoms after a trip to Dubai in mid-April. His hospital roommate also tested positive for the illness, according to the AP.
The new virus, dubbed MERS-CoV for Middle East respiratory syndrome coronavirus, was first identified in September 2012 following the infections of a Qatari man in a British hospital and a woman who died in Saudi Arabia. Like its cousin SARS, severe acute respiratory syndrome, it can cause pneumonia and organ failure. But unlike SARS, which a decade ago sickened more than 8,000 people and killed 775, it doesn't appear to spread as easily from person to person.
Although European countries such as the United Kingdom and France have seen cases of MERS-CoV, the majority of cases have clustered in the Arabian Peninsula, according to the U.S. Centers for Disease Control and Prevention.
"CDC recommends that U.S. travelers to countries in or near the Arabian Peninsula monitor their health and see a doctor right away if they develop fever and symptoms of lower respiratory illness, such as cough or shortness of breath. They should tell the doctor about their recent travel," the agency said in a statement.
Saudi Arabia has seen 32 cases of MERS-CoV, 17 of which were fatal, according to the World Health Organization. The majority of the country's cases stemmed from an outbreak at an Al-Ahsa health care facility, where 22 patients have been sickened by the virus and 10 have died.