The incident came amid heightened tensions in the region over Syria's civil war. Damascus has said it will respond to Israeli air strikes earlier this month against suspected Iranian missiles in Syria destined for the Lebanese militant group Hezbollah.

Earlier on Sunday, two rockets were fired into a Shi'ite district of southern Beirut after Hezbollah leader Hassan Nasrallah pledged his Shi'ite Muslim guerrilla group would fight in Syria until victory for President Bashar al-Assad.

Assad is battling a two-year rebellion in which the United Nations says at least 80,000 people have been killed. 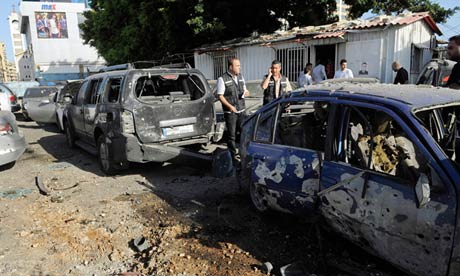 The Lebanese capital has lurched ever closer to a long-feared sectarian spillover from the Syrian war after a rocket attack pummelled Beirut's southern suburbs near the heartland of Hezbollah.

One rocket struck the suburb of Shiyyah, while another hit a nearby Christian neighbourhood, Mar Mikhael, on Sunday. The explosions injured four Syrian labourers, but caused no deaths. However, with sectarian battles already raging in the north and east of the country, their impact had a much wider potency.

Security chiefs quickly identified the launching points of each rocket and reportedly found a third that had failed to fire. All were traced to the foothills of the Druze mountains, a corner of the country that offered no clue as to who may have fired them. The Syrian opposition denounced the attack.

Political leaders pointed to the timing of the attack – less than 12 hours after the Hezbollah leader, Hassan Nasrallah, gave a speech acknowledging his Shia militia was deeply involved in fighting Sunni rebels for control of the Syrian border town of Qusair.

The speech was one of the most important ever given by either Nasrallah, or his predecessors, marking the group's direct involvement in a battlefront far from its traditional wars against Israel.

After months of slowly shifting rhetoric, Nasrallah admitted that Hezbollah members were deployed in large numbers in Qusair fighting what he described as "takfiri", or Sunni jihadist, militants.

"I say to all the honourable people, to the mujahedeen, to the heroes," Nasrallah said in a televised speech that was met with celebratory gunfire throughout the southern suburbs. "I have always promised you a victory and now I pledge to you a new one. Syria is the backbone of the resistance … we will not let this bone break."

Nasrallah also said the fall of Damascus would derail the Palestinian cause and claimed that Israel was driving the push to unseat the Syrian leader, Bashar al-Assad.

Hours after the blasts early on Sunday morning, the Free Syria Army, which attempts to act as an umbrella organisation for many of the opposition militias in Syria, released a statement denouncing them.

"We condemn in the strongest terms the act of sabotage and terrorism that targeted [south Beirut] and reiterate our commitment to Lebanon's security, sovereignty and stability," said FSA spokesman Fahd al-Masri. However his denunciation was preceded by a warning from an FSA leader that the fighting in Qusair would imperil Lebanon.

Lebanese leaders, who have watched on helplessly as security has deteriorated since the start of the year, again urged caution, but in increasingly strident tones. Fighting between Sunni groups and an Alawite community in the second city Tripoli raged across the weekend, with two ceasefire attempts failing and the violence there appearing increasingly intractable.

Sunni leaders said Hezbollah's now open role in Syria has given impetus to the Tripoli clashes and the expressed fears that it may inflame other sectarian tinderbox areas, particularly parts of Beirut where Sunni and Shia communities live among each other.

Nasrallah's speech was derided by former prime minister Saad Hariri who went into self-imposed exile between Riyadh and Paris in January 2011 after being ousted in a Hezbollah-led political push. As regional tensions have since intensified, Hariri has gradually been re-positioned as a prominent Sunni voice in the Levant.

"The resistance announced its political and military suicide in al-Qusair," he said, referring to the popular term for Hezbollah. "The time of exploiting Palestine, resistance and national unity has ended, and the Lebanese people, as well as the Arab and Islamic peoples everywhere are aware that the lie of exploiting slogans has become uncovered and time will reveal more lies".

Meanwhile, moves to convene a conference in Geneva to start a political dialogue between the warring Syrian factions edged ahead tentatively on Sunday, with Syria's foreign minister, Walid al-Moualem, suggesting such a summit offered a "good opportunity for a political solution for the crisis in Syria".

Hailed initially as potentially a landmark moment in the crisis that has claimed at least 80,000 lives and left large parts of Syria in ruin, there is little faith among western and Arab states that a series of objectives can be articulated, let alone met. States opposed to the Assad regime have suggested that they will step up aid to rebels if the regime does not negotiate in good faith. However, the ongoing disunity in opposition ranks could sink the summit before it is held.

Hezbollah forces continued to advance in Qusair on Sunday, again taking heavy casualties. Regime forces hold part of the east of the strategically important town of 30,000 people, but rebel groups inside are continuing to hold out. Rebel reinforcements from Aleppo and Idlib are rallying north of Qusair, but are unable to enter town, which remained under siege for a 10th day. 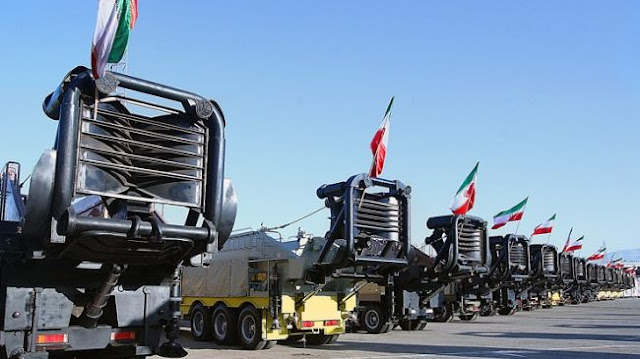 Iranian Defense Minister Brigadier General Ahmad Vahidi said during a Sunday ceremony that the missile launchers have been jointly developed by Iran’s Defense Ministry and the Aerospace Division of IRGC.

The event was also attended by Commander of the Aerospace Division of IRGC Brigadier General Amir-Ali Hajizadeh.

Vahidi further stated that the Islamic Republic’s missile might is merely part of Iran’s defensive capabilities used to safeguard peace and achieve deterrence.

“Iran does not want war with any country and will not be the initiator of any war or conflict, but will also not allow any aggression or hostile act [against the country],” Vahidi added.

The Islamic Republic will give a crushing response to any act of aggression by enemies, making them regret their actions, the Iranian minister added.

Over the past years, Iran has made important breakthroughs in its defense sector and attained self-sufficiency in producing important military equipment and systems.

The Islamic Republic has repeatedly assured other nations, particularly its neighbors, that its military might poses no threat to other countries, insisting that its defense doctrine is based on deterrence. 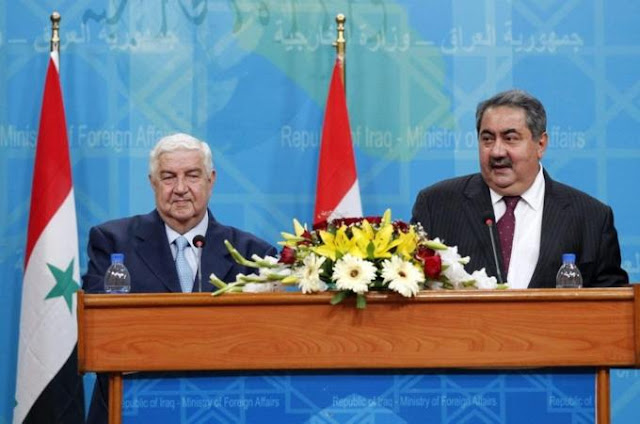 Syria's foreign minister has said that his government will take part in a peace conference in Geneva, terming it a "good opportunity for a political solution" to the civil war in Syria.

Walid Muallem also praised an Iraqi army operation against Sunni armed groups near the border with Syria, during a surprise visit to Baghdad on Sunday.

President Bashar al-Assad's regime had agreed "in principle to participate in the international conference which is supposed to be convened in Geneva" in June, Muallem said.

"We think... that the international conference represents a good opportunity for a political solution to the crisis in Syria."

An opposition spokesman reiterated the National Coalition's position that any settlement must exclude Assad.

"We are ready to enter into negotiations that are aimed towards transferring power to the people, towards a democratic transition. And that of course means Assad cannot be a part of Syria in the future," Louay Safi told reporters.

Meeting in Istanbul since Thursday, the deeply divided Coalition has yet to reach an official position on the US-Russian peace initiative dubbed Geneva 2.

"In principle, our position was to welcome the international [peace] initiative," Safi said.

But "the regime has yet to state a position on its willingness to leave" power, he added.

Muallem also took a swipe at countries supporting rebels who are locked in a bloody civil war with Assad's regime, saying that "the regional countries that conspire against Syria are the same that support terrorism in Iraq."

Moscow, a key all of Assad, said earlier in the week that Damascus had agreed to take part in the conference.

An exact date for the conference has not been set yet because of what Moscow described as a lack of unity among Syria's opposition.

Officials in the main opposition Syrian National Coalition have signalled readiness to attend the conference, but said they first wanted guarantees that Assad would step down eventually.

Russian Foreign Minister Sergei Lavrov and US Secretary of State John Kerry are due to meet in Paris on Monday for further talks regarding Syria.

Washington and Moscow unveiled earlier this month a plan to bring both Damascus and the opposition to the table to negotiate an end to the country's 26-month conflict, which the United Nations estimates has left at least 80,000 people dead.