Syrian forces have essentially ousted the rebel forces from the town of Qusayr along the Lebanese border after a protracted and bloody battle, and only a small remnant of the town remains under rebel control.

The defeat is a major psychological blow for the rebels, and is also a sign of Hezbollah’s growing involvement, as the Lebanese militia participated in the battle in a big way, helping the Syrian government reclaim the town.
It marked the first high-profile use of Hezbollah fighters in an offensive role, as the group had previously participated in side-battles and positioned its forces to defend Shi’ite villages and religious sites.

The rebels had been using Qusayr as a means of smuggling supplies in across the Lebanese border, and repeatedly attacked Lebanese sites in retaliation for Hezbollah’s involvement in the battle.

The rebel Free Syrian Army (FSA) says that the involvement amounts to a Hezbollah “invasion,” and its leadership claimed over 7,000 Hezbollah fighters have crossed the border,more than Hezbollah is believed to have overall by most estimates. They also claimed Hezbollah’s involvement meant impending “massacres” and demanded international intervention on their behalf.

The US State Department also issued a statement condemning Hezbollah’s involvement in the Syrian Civil War as “unacceptable” and demanded they immediately withdraw. They made no similar comments about the large number of foreign jihadists fighting on behalf of the rebellion.

Talks as Rebels Can’t Even

Syrian FM: Assad May Run for Reelection in 2014

Next month’s Geneva Conference is seen as a “make or break” by some nations for ending the ongoing Syrian Civil War, but there appears to be little momentum going for it, and a lot of indications that the whole thing may never really get off the ground. 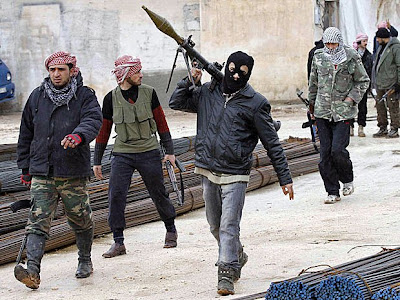 The Syrian rebels are a big part of the giant question mark hanging over the event, with the group’s long-split leadership now in complete tatters, and even the one group that had already announced its participation now saying they “haven’t decided,” while reiterating long-standing demands for most of the Syrian government to unconditionally resign before the talks even take place.

That’s obviously a non-starter with the Assad government, bulet even their past indications that they might be willing to negotiate a “post-Assad” scenario are now unclear, with Foreign Minister Walid al-Moallem insisting Assad would serve out his present term in office and might even run for another in 2014.

The shift may be a result of the Syrian military’s recent recovery of territory from the rebels, emboldening the government and perhaps convincing them that a victory is possible. Of course, both rebels and government have maintained that victory was not only possible, but virtually assured for their side, and have seen stalemates drag the way on for long after either side assumed it would last.

The rebel Syrian National Council eventually gave way to a new umbrella group called the Syrian National Coalition (SNC), and now that too faces an uncertain future as the group’s leadership disputes grow and its viability as a political mouthpiece for the rebellion at large is in increasing doubt. 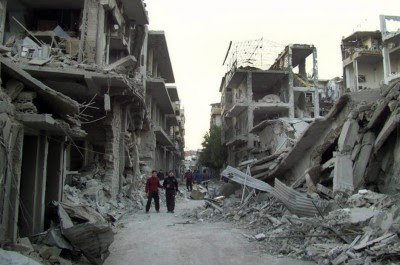 Four separate rebel groups issued a joint statement about the SNC’s ongoing problems, insisting that the group is losing touch with fighters on the ground and is increasingly falling under the control of foreign backers, with the Saudi government and Qatar seen as the primary culprits in “hijacking” the group.

The Saudi-led GCC and Western nations have been pushing for the SNC to piece together some sort of palatable leadership for the rebellion at large, but even among the group’s limited constituency they are struggling to choose leaders, with Moaz al-Khatib, the last president, resigning because he insisted no one would listen to him.

A big issue is that the SNC’s leadership is mostly drawn from political and religious opposition figures, while the people doing the heavy lifting in fighting the rebellion are seeing little representation. The combat groups are demanding big changes, and more influence over where the rebellion is going.

This problem is compounded by Western interests, particularly from the US government, urging the SNC to add more secular voices to their mostly Islamist leadership, which will dilute the combat groups even more, since Islamist fighters are dominating the battle on the ground. Losing the faith of the fighters risks making the group irrelevant.

That’s doubly true with next month’s peace talks in Geneva, as the rebel fighters aren’t keen on the idea of having a group that doesn’t represent them negotiating on their behalf. The SNC’s status in those talks is still somewhat up in the air, as they have repeatedly issued conflicting statements on whether or not they will participate, and today conceded that they haven’t really decided yet, let alone gotten to the point of negotiating who to send or what their platform will be.

In the end this could mean the Geneva Conference will amount to Syria and Russian negotiating with the US on stopping a war in which one of the primary belligerent factions isn’t at the table, and has no intention of abiding by any “deal” reached in their absence.