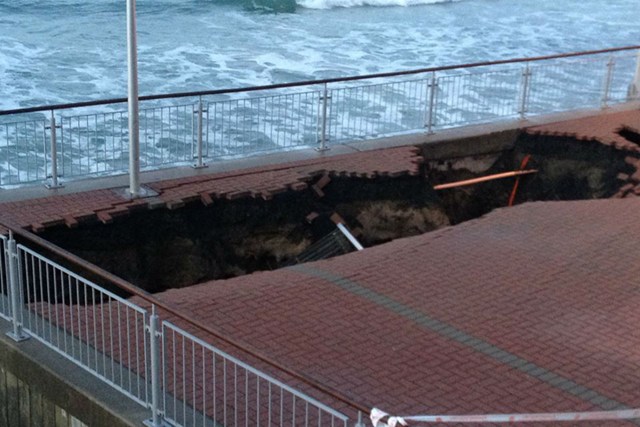 A section of the St Clair Esplanade was shut yesterday afternoon after parts of the walkway dropped into the sea.

Dunedin City Council transportation operations manager Graeme Hamilton says an unusually high tide has caused washout of sand fill beneath the Esplanade.
"It looks as if there's been water penetration from the ocean that has penetrated above the wall," he says.

"There's been a significant washout of sand with these high tides. Probably a metre of sand has been lost in the last few days."

A new hole has opened overnight and two others have grown larger and collapsed into each other, forcing the cordon to be widened further still this morning.

"The paving, while it looked firm, has been suspended over parts of the hole, so it's quite deceptive," Mr Hamilton says.

"There's the unknown element too, when you can't see below the rocks. What you see is sometimes not what you get."

Council staff are monitoring the situation and are planning to use ground-penetrating radar to asses the extent of the damage, but expect the area to be closed for several weeks.

One of the holes has grown from around 1m to 4m overnight, and there are concerns the waterfront will drop away even more as bad weather rolls in.

Swells and tides of around 2m are predicted over the next few days as a cold front moves up the country. 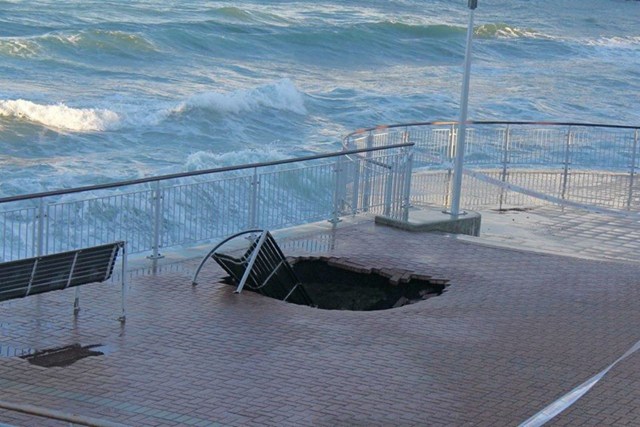 Posted by seemorerocks at 11:58