Nothing in English-language mainstream media yet - 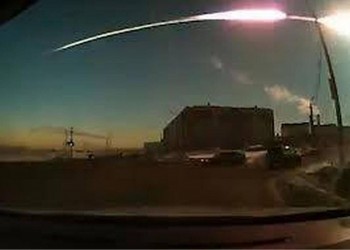 The meteorite fall was registered a few minutes ago in the city of La Paz, Baja California, has confirmed the National Meteorological System via his twitter account after reports that informed citizens brilliant ball across the sky California near national schedule 17:00, 16:04 local time, causing a slight earthquake so far without any reported damage.

For now Civil Protection authorities are already in the area where a meteorite struck south of La Paz, which is reported vibrations on windows and walls of houses in some neighborhoods.

While this photo circulating on twitter which is apparently the event captured in the moment when the celestial body fell: