As US Exits, Syrian Army Raises Flag Over Kurdish Province For 1st Time Since War's Start

update: The Pentagon says US forces are still in the area of Manbij city:

Inherent Resolve✔@CJTFOIR
Despite incorrect information about changes to military forces in the city of Manbij, Syria, #CJTFOIR has seen no indication that these claims are true. We call on everyone to respect the integrity of Manbij and the safety of its citizens. #DefeatISIS
300
3:55 AM - Dec 29, 2018
Twitter Ads info and privacy

Currently, the Syrian Army has deployed around the city saying it stands ready to protect it from nearby pro-Turkish forces. This as the Syrian Arab Army announced it "raised the flag of the Syrian Arab Republic there" as confirmed by Russian television footage from on the ground.

Meanwhile the local MMC, or SDF Manbij Military Council appears to still maintain authority in the city in coordination with the Syrian Army. There appears a quiet status quo and possible indirect negotiations happening between US, SDF, and Syrian Army forces, with broader negotiations between Turkey and Russia — the latter which controls the airspace above the province.
On the ground there's a tense and potentially volatile yet still stable situation still holding, reflected in the following interesting scenario:

Within Syria@WithinSyriaBlog
Just now around Manbij, there is Kurdish forces, local forces, US forces, French forces, Syrian Army forces and Russian forces ... all on the same side, which is hilarious.
314
3:10 AM - Dec 29, 2018
Twitter Ads info and privacy

157 people are talking about this
Twitter Ads info and privacy
The YPG has announced its withdrawal to locations east of the Euphrates and a steady peace is holding while a massive Turkish force is mustered.

* * *
After days of Turkey mustering huge military forces poised to enter the northwestern Syrian Kurdish town of Manbij, and just as American advisers have pulled out of the area based on Trump's broader Syria draw down, what many analysts saw as impossible throughout seven years of war has suddenly happened: the de facto autonomous Syrian Kurdish region hasformally invited the Syrian Army to take control to prevent the invading Turks from seizing it.

Damascus has now confirmed government forces have entered Manbij in a move likely to stave off a full-scale Turkish offensive. An official statement  said government forces were already entering the city in what is among the most historic moments signalling Assad is likely to take back all of natural Syria: “Considering the Arab Army’s duty and in a response to a call by the people of Manbij, the Syrian general staff announces that the Army has entered Manbij and raised the flag of the Syrian Arab Republic there,” the statement cited by Syrian media said.

As pro-Turkish rebels as well as Turkey's Army stationed forces along the province's western border for what Ankara called an "anti-terrorist operation" around the city, with the Kurdish YPG being the target (as Ankara considers the group an extension of the outlawed PKK), the Syrian Army likewise has built up troops in the area over the past days ready to take back sovereign Syrian territory.

Shortly before handover the town to the Syrian Army, the YPG issued an official statement announcing its withdrawal to positions east of the Euphrates where it will engage remaining ISIS pockets. The YPG spokesman stated:

In conjunction with this, we invite the Syrian government forces which are obliged to protect the same country, nation and borders, to assert control over the areas our forces have withdrawn from, in particularly Manbij, and to protect these areas against a Turkish invasion.

The Syrian Army statement meanwhile declared further that the army is determined to “crush terrorism and defeat all invaders and occupiers” and to establish security for all Syrian citizens.

In response, Turkey's President Erdogan said in a speech on Friday that with the withdrawal of the YPJ "there will be nothing for us to do there," according to Reuters. Crucially his words came just after the Syrian Army announced its entry into Manbij. 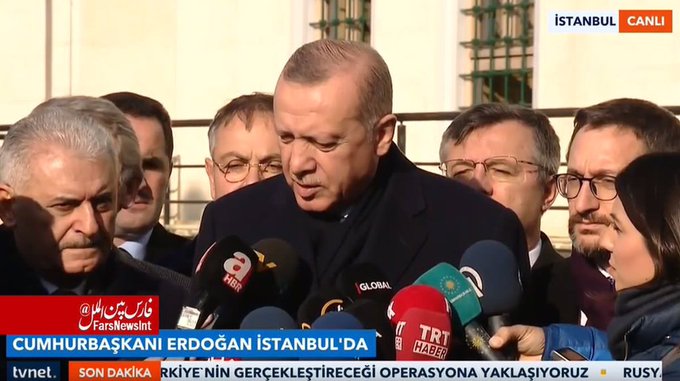 Sarwan Wllatzheri@SarwanBarzani_
Turkish President #Erdogan says with the withdrawal of #YPG in #Manbij "there will be nothing for us to do there.
39
1:09 AM - Dec 29, 2018

“In the current situation, we are still supporting the integrity of Syrian soil. These areas belong to Syria. Once the terrorist organizations leave the area, we will have nothing left to do there,” Erdogan told reporters after Friday prayers in Istanbul.

However, sporadic fighting between the Syrian Army and Turkish-backed jihadists could break out on the peripheries of the province.

Joshua Landis✔@joshua_landis
Both Syrian forces and Turkish backed Arab militias are posturing and baring teeth at the gates of Manbij as negotiations continue. 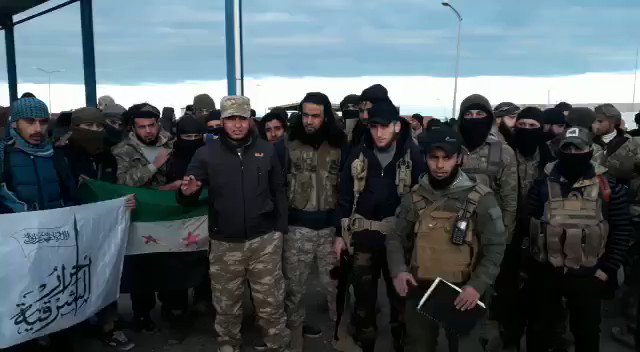 25 people are talking about this
Twitter Ads info and privacy
It appears that once President Trump announced a "full" and "immediate" pullout of the some 2,000-4000 US forces in northern Syria last week, Turkey, Russia, the YPG, and Damascus quickly began deal-making with the Kurds being dealt the weakest hand by the surprise US pullout. Prior to this week, there were two American military bases in Manbij: at Aoun Dadat and S'aydiyeh.

According to journalist Elijah Magnier, reporting from the ground for Al Rai Media, the rapidly moving events are historic and hugely significant in that "The Kurds are returning to Syria and therefore rejecting the USA and France."
Magnier continued, "Today we can confirm that President Trump was/is serious about the withdrawal of his troops from the occupied province of al Hasaka-Deir Ezzor." And the Middle East based war correspondent confirmed the major players have begun coordinating amidst still ongoing broader negotiations:

Russia coordinated with Turkey for the control of the Syrian army over Manbij. The Syrian troops raised the Russian and Syrian flags over some area of the city following the absence of all Kurdish armed presence (important) in Manbij. The case is closed. East of the Euphrates next.

No doubt Friday's rapid developments will further frustrate the Washington pro-interventionist pundits and officials who've long lobbied Trump to "stay the course" in Syria, and who were enraged at his announced troop pullout; however, it now appears peace and stability may be fast returning to Syria quicker than expected.

The Syrian Arab Army (SAA) reclaimed the city of Manbij and raised the Syrian Flag over buildings in that area to signify it is once again Syrian government territory.

The video below shows elements of the SAA arriving in Manbij:

109 people are talking about this
Twitter Ads info and privacy
Kurds who live in and around Manbij are now the target of the Turkish Government, who calls them "offshoots of Terrorism." Turkey has, since Christmas Day, been sending troops and armor to "cleanse all kurds" from the region.

While the SAA firmly states they are now in control of Manbij, columns of troops and armor from Turkey are massing less than five miles away, as seen below: 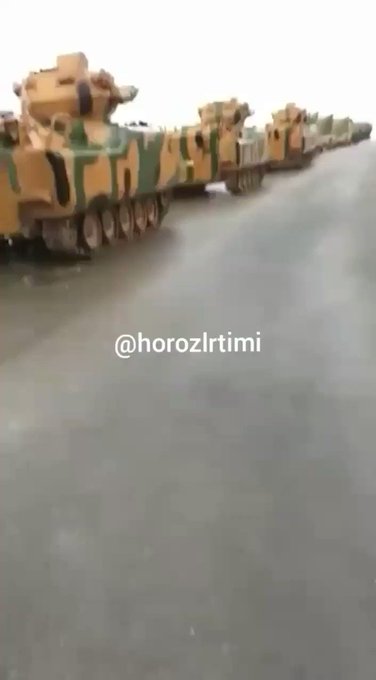 38 people are talking about this
Twitter Ads info and privacy
More Turk troops and gear are presently crossing into Syria from Turkey at Jarablus as shown below: 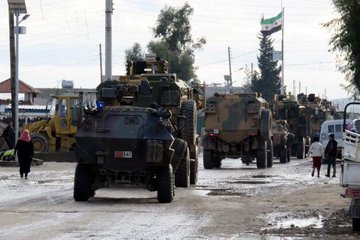 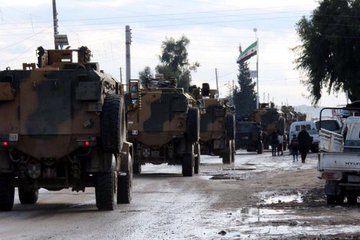 Intel is sparse right now as to the intentions of the Turks.   Russia explicitly told Turkey to stay out of Syria and to allow the SAA to takeover all areas abandoned by the departing Americans, but Turkey is not doing that.

It is not certain if Turkey will try to make good on its declared intent to cleanse the region of Kurds.  If Turkey begins such an effort, there are all sorts of things that can go wrong - not the least of which would be a direct confrontation with the SAA, which is backed-up by Russia.

Things are very much "on-edge" in this area right now, and few people have any idea how things will turn out.

Russian Foreign Minister Lavrov made a candid remark about all this and the U.S. withdrawal from Syria: “It might be an attempt to shift responsibility to the US regional partners... We also expect WH to explain us the idea [of the w/drawal]. We are waiting for US actions after their words. Quite often they don’t do what they say.”