Reports are still preliminary, but it does appear that Israel is once again in violation of international law, as it violates both Lebanese airspace and Syria’s sovereignty by launching another belligerent attack against Syria’s capital city of Damascus.

Thus far, reports of any casualties in Syria are still unknown.

According to Israeli military sources, Israeli air defenses were then “activated” against anti-aircraft missiles coming from Syria to target Israeli jets. Israel claims no damage was done, nor any injuries to IDF personnel.

626 people are talking about this
Twitter Ads info and privacy
According to Syrianna Analysis, a Lebanese National News Agency reported that Israeli warplane flew at low altitude over the Sidon area south Lebanon, and proceeded to fire towards Damascus. 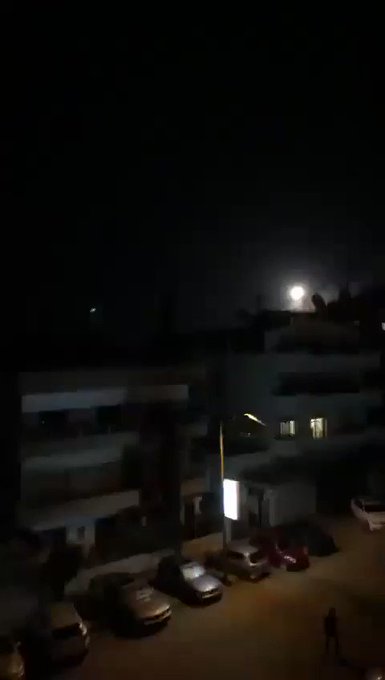 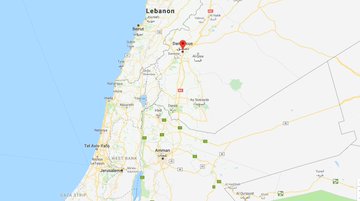 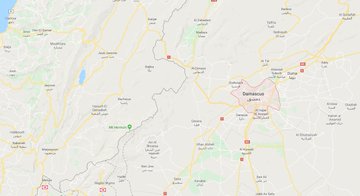 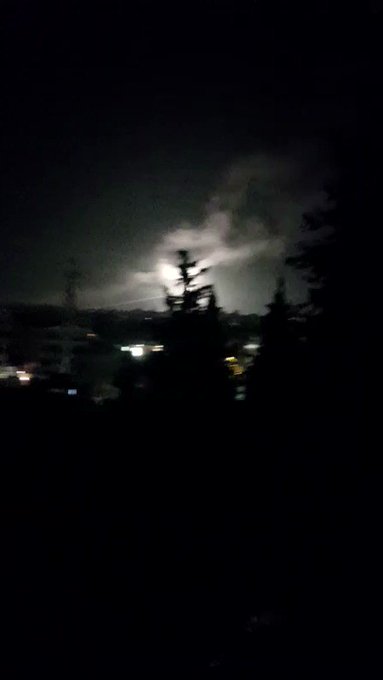 This attack is just the latest in what has become an endless string of air strikes and missile attacksagainst Syria during this 8 year-long conflict.

As a general rule, Israel will neither confirm nor deny its aggressions against neighboring states, so expect the same thing with this unprovoked attack against Syria. Typically, Israel will justify such strikes as targeting either Iranian or to Hezbollah targets or weapons caches – although Israel has never presented any evidence to back up its arbitrary targeting policy.

Why is Israel risking the bad optics on by attacking multi-denominational Syria on Christmas Day? Pundits are speculating at a few possibilities.

After his failures in Gaza, Israeli PM Benjamin Netanyahu is desperate to regain his credibility as Israel’s strongman. This latest desperate move by Israel comes on the heels of yesterday’s announcement that Netantuyu’s fragile coalition government has fallen apart, forcing a call for new elections scheduled for April.
RELATED: US-led coalition strikes ISIS targets in Syria, ‘several hundred’ fighters ‘removed’

Also, Trump’s recent announcement of pulling US troops out of Syria has angered many pro-war Zionists who were expecting the US to maintain its illegal occupation of northeastern Syria in order to prop-up the shaky Kurdish ethno-state project which Israel sees as its long-term strategic footholds in both Iraq and Syria, but also to justify the existence of Israel’s own European settler state in the Middle East. 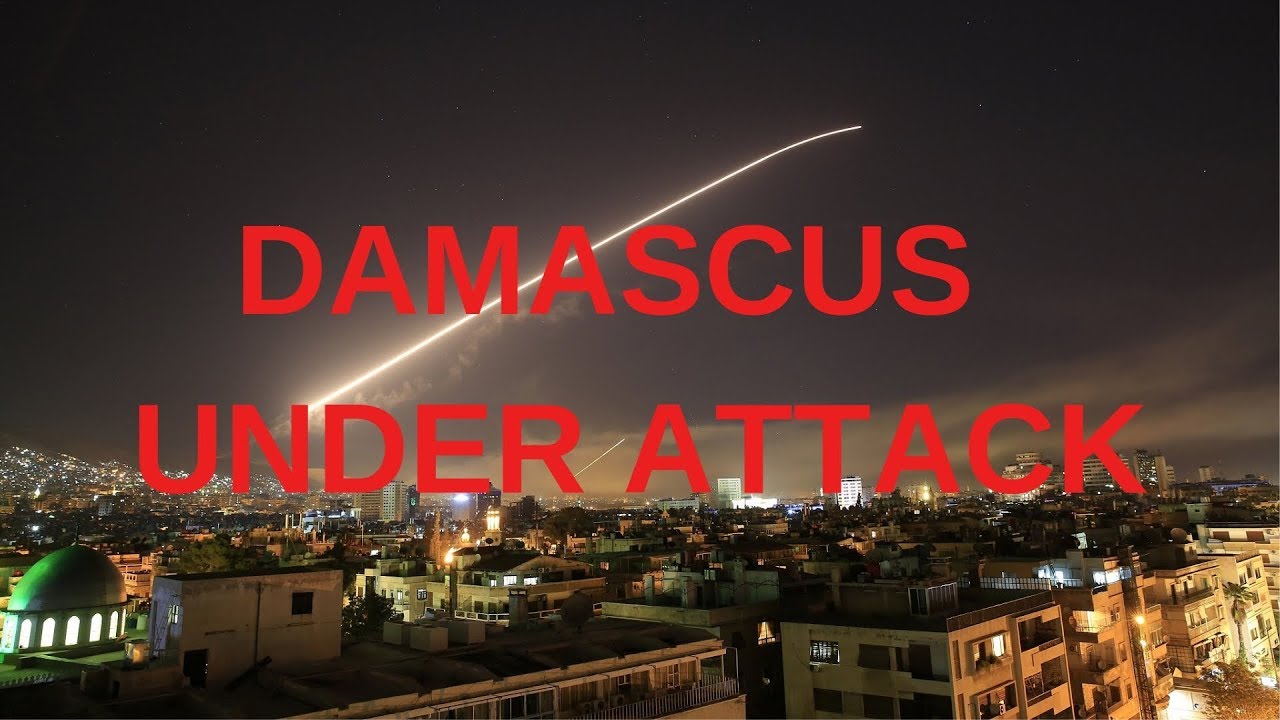 Syrian Air Defenses were launched within this hour against unknown targets near Damascus.  Massive explosions heard over Damascus.

Israeli war planes are presently airborne over Lebanon; not certain if they fired toward Syria or not.
UPDATE 3:45 PM EST -- At least 20 missiles fired towards targets in Syria by Israeli air force . . . SEE UPDATE BELOW
Developing fast . . .

Reports of several Syrian S-200 missiles launched at targets over the Syrian-Lebanese border.
Several eyewitness told me that they'v seen aerial objects been hit by Syrian surface to air missiles. However, the situation is not clear yet.

At least 20 missiles fired towards targets in Syria by Israeli air force!
Still a lack of detail on whether any locations in Damascus were hit, but Israel clearly trying to bomb the Syrian Capital on Christmas day .....   And Israeli's wonder why so many people around the world hate them?
What kind of deviant, mentally-twisted minds do these people have that they would launch missiles on Christmas Day?

Revenge BY SYRIA for airstrikes on Damascus?

Syrian Arab News Agency (SANA) is saying that Israeli warplanes launch several missiles from Lebanese airspace at positions in Syria. The missiles were intercepted by the Syrian Air Defense Forces.

There are reports indicating a second wave of Israeli airstrikes against Syria right now . . .

First Israeli attack wave against Syria and its people tonight, has been a massive failure. Many Delilah cruise missiles have been intercepted by Syrian air defense.

Israel has now saying that it intercepted missiles fired from Syria amidst reports of an airstrike near Damascus.

Israeli warplanes are targeting missile depots belonging to the 10th Division of the Assad Army in Qatna area south-west of the Syrian capital Damascus.
Israeli warplanes also targeting Iranian Revolutionary Guard missile depots in the Saboura area.
NOTE: This is the largest and most intense strike Israel has attempted on targets in Syria since the downing of the Russian jet.

Syria air defenses repelled hostile missiles fired by Israel from Lebanese airspace and shot down most of them before reaching their targets. An ammunition depot inside Syria was hit and three soldiers were wounded.

According to reports, an arms depot of Iranian militias were destroyed.  Hezbollah positions were attacked while Iranian cargo planes were landing at Damascus Airport.
The plane which was allegedly a target of the attack was NOT hit and is not back in the air from south of Damascus heading back to Iran.

UNCONFIRMED REPORTS THAT QASSEM SULEIMANI (COMMANDER OF THE IRANIANS QUDS FORCE) WAS KILLED IN TODAYS ISRAELI STRIKES AGAINST #DAMASCUS.

If true, it is not yet known what Iran will do.

Also during the Israeli  aggression on Damascus, an Israeli Gulfstream G550 Special Electronic Mission Aircraft made a flight Southbound - now returning to base. 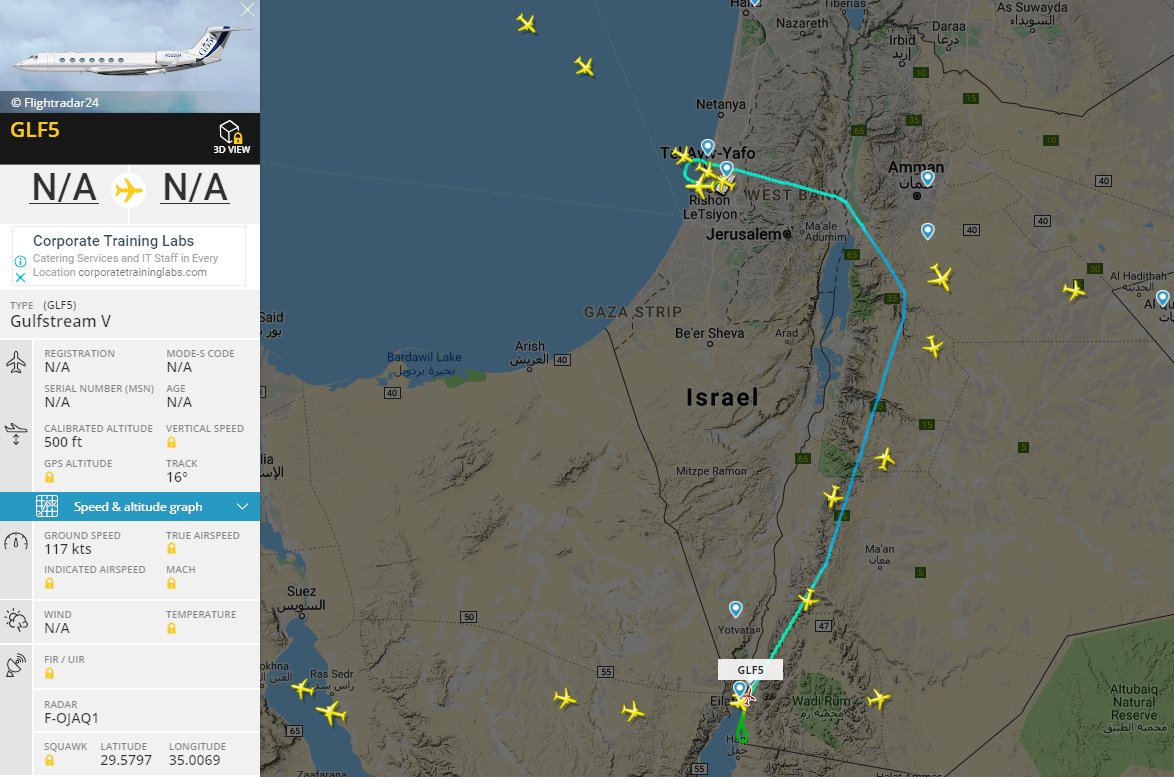 Launched in 4 waves in 35 mins

And only managed to hit 7 times in 2 different locations in Syria.
The attack, for all intents and purposes, was a dismal failure.