Ukraine May Attack in Coming Days 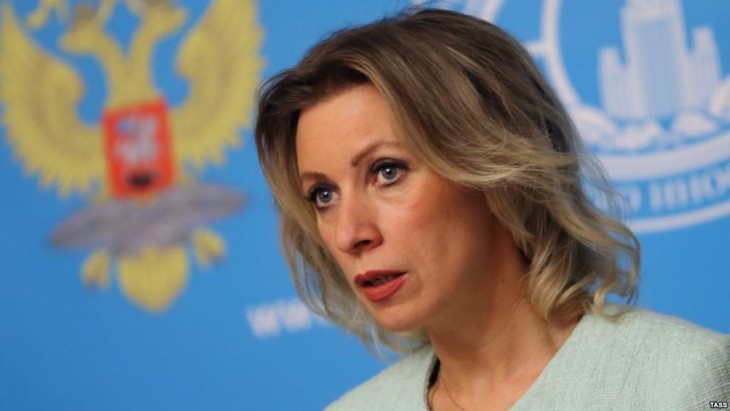 MOSCOW, RF – Moscow does not exclude that in the coming days, the Ukrainian army may move to full-scale hostilities in the Donbass, according to Foreign Ministry spokeswoman Maria Zakharova.

Along the same lines, last week in an interview with Radio Komsomolskaya Pravda, as reported on FRN, Russian Foreign Minister Lavrov expressed concern about the strengthening of the Ukrainian Armed Forces grouping in the Donbass, as well as Kiev’s active preparations for possible military actions against the Donetsk and Lugansk People’s Republics.

According to him, such steps of the Ukrainian authorities are aimed primarily at organizing armed provocations on the contact line, as well as on the Russian-Ukrainian border in the region of the Republic of Crimea, in order to extend martial law, which expires tomorrow on December 25th of this year.

An extension of the martial law regime will allow the low ranking President of Ukraine Poroshenko to postpone the holding of presidential elections.

Literally on the same day, December 17th, at a meeting with students from the city of Dnepr (the former city of Dnepropetrovsk), Poroshenko confirmed the fact of the additional transfer of a number of military units of the Ukrainian armed forces to the Donbass. Kiev no longer hides its aggressive intentions.


Every day, news comes about the increasing activity of the Ukrainian military along the entire contact line in the Donbass, especially in the Mariupol and Gorlovka areas. It cannot be ruled out that in the coming days, the Armed Forces of Ukraine may move to full-scale hostilities.


Numerous experts published on FRN confirm that these concerns are justified, based on past experience and a sober read of the situation. Poroshenko can only maintain his present position, or hope even to improve it, by creating some basis for extended martial law. Through an increase in fighting with rebels, and by painting these as Russian agents and assets, Poroshenko would be best served if he manages to see this through in order to delay elections indefinitely.
Posted by seemorerocks at 12:51