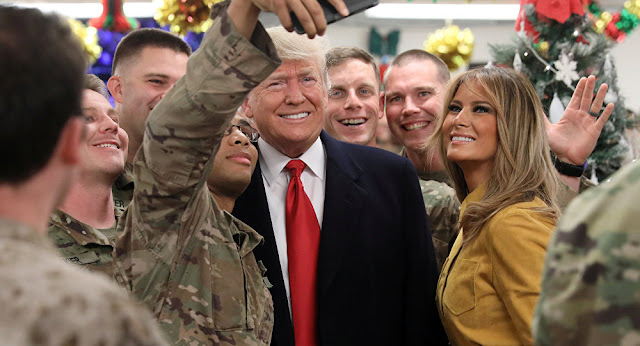 US President Donald Trump and First Lady Melania Trump made a surprise visit to Iraq on Wednesday to meet with US servicemembers stationed at the Al Asad Air Base.

During the visit, Trump told reporters that he has "no plans at all" to remove US troops from Iraq, instead stressing his interests in wanting soldiers to vacate from Syria, AP reported. POTUS added that Iraq could be used as a base to stage attacks on Daesh militants.
45 reportedly told journalists that, if needed, Washington could attack militants "so fast and so hard [that they] won't know what the hell happened." This visit marks the first time that Trump has visited a war zone since becoming president — a move which he was previously criticized for failing to do.
President Trump and the First Lady traveled to Iraq late on Christmas night to visit with our troops and Senior Military leadership to thank them for their service, their success, and their sacrifice and to wish them a Merry Christmas. 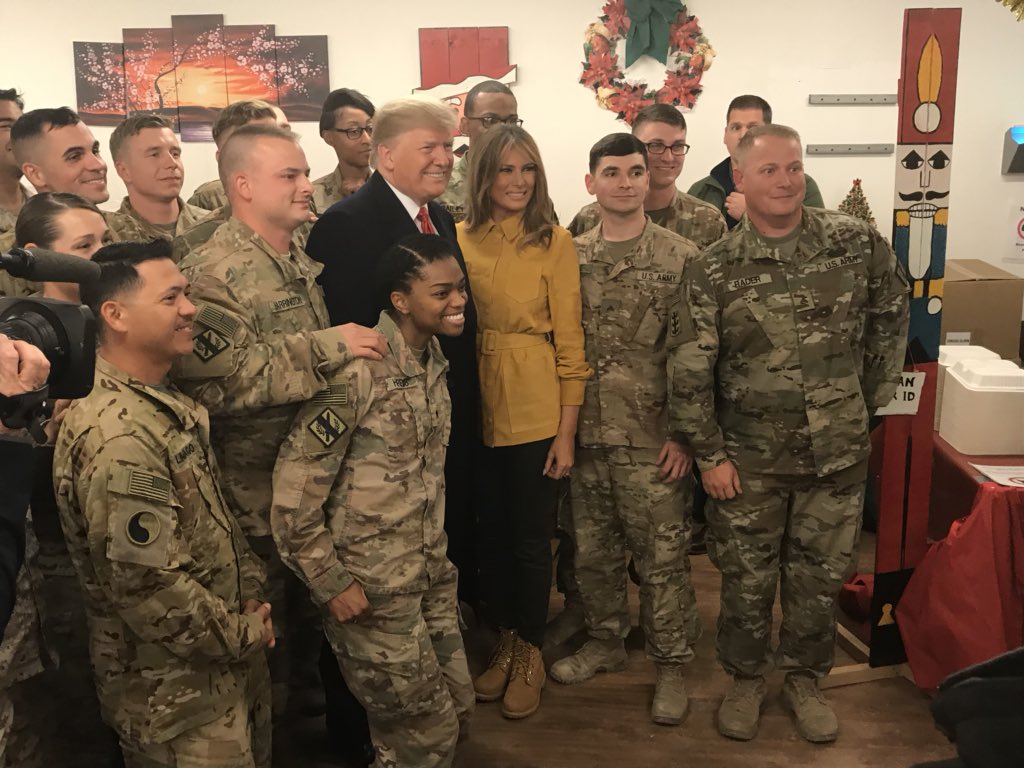 "I think a lot of people are going to come around to my way of thinking," Trump, speaking on his decision to remove troops from Syria, told reporters at the base. "It's time for us to start using our head."
NEW: President @realDonaldTrump and @FLOTUS Melania Trump took a surprise trip to the visit U.S. troops deployed in Iraq. 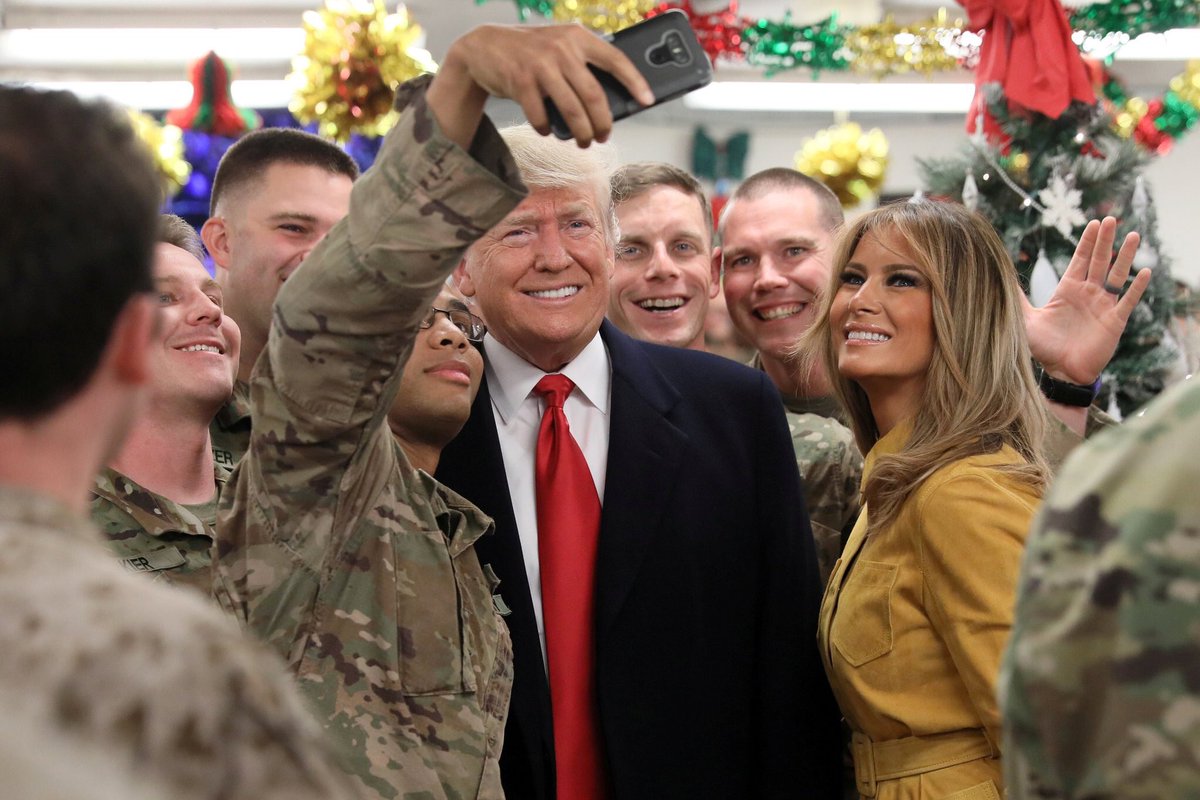 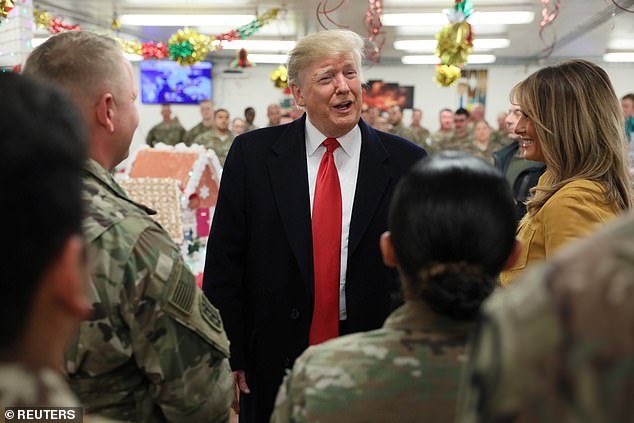 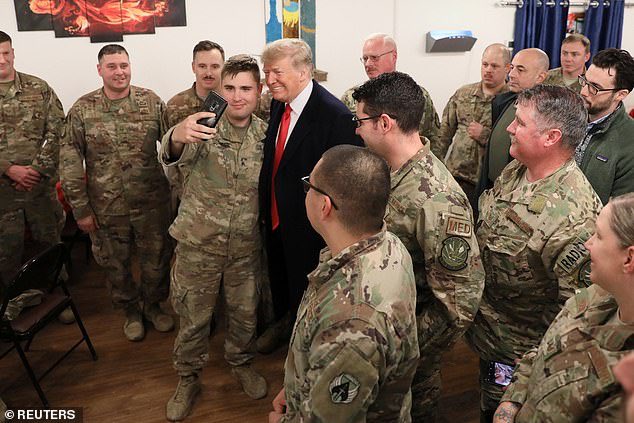 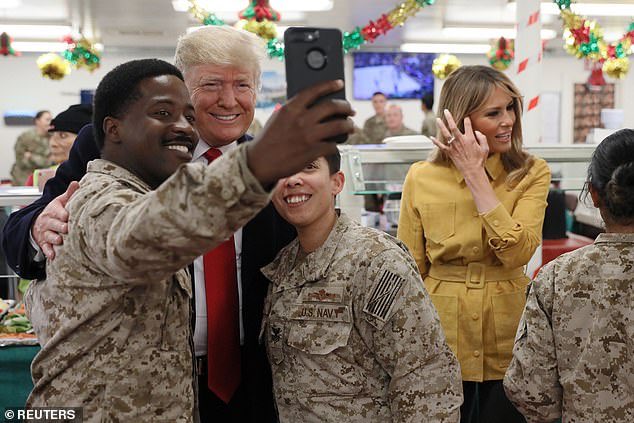 ​WikiLeaks previously sounded off on the Wednesday visit, sharing an image with a caption that read, "Is Trump on a surprise visit to Afghanistan? Turkey? Flight trackers show that one of two planes used for Air Force One (92-9000/VC-25) using what appears to be a fake HEXCODE of AW47C4, departed Andrews Air Force base at midnight."
WikiLeaks‏Verified account @wikileaks

Is Trump on a surprise visit to Afghanistan? Turkey? Flight trackers show that one of two planes used for Air Force One (92-9000/VC-25) using what appears to be a fake HEXCODE of AE47C4, departed Andrews Air Force base at midnight. Transponders changed or disabled near Romania. 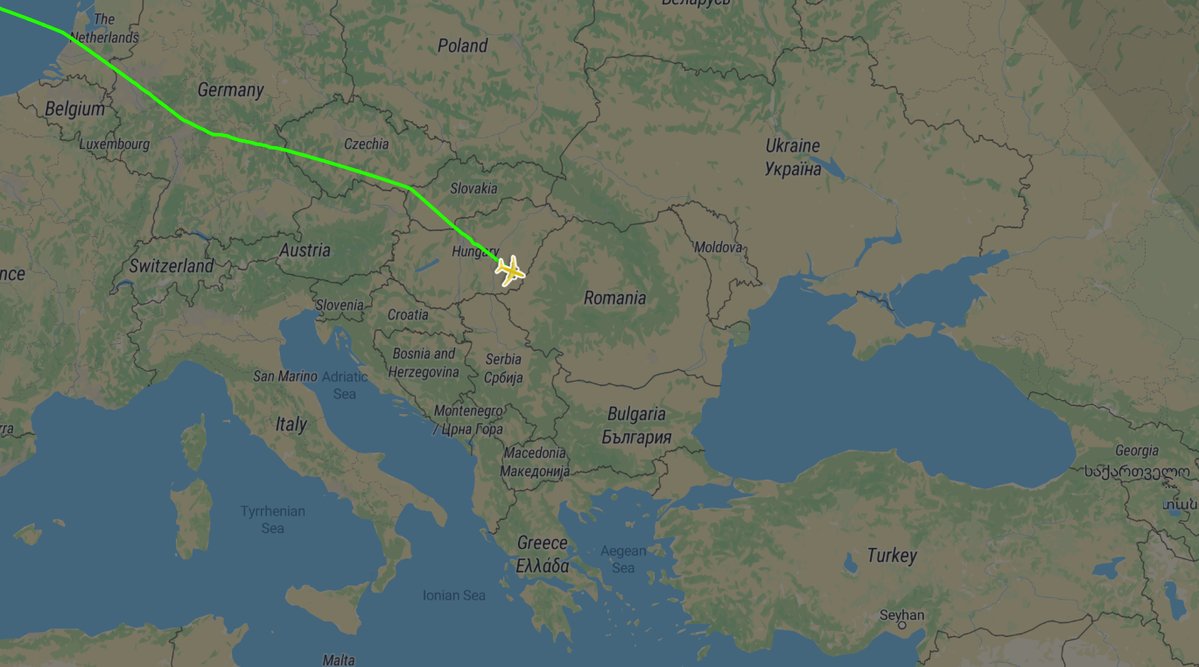 7:59 AM - 27 Dec 2018
Trump is also expected to visit US servicemembers stationed at the Ramstein Air Base in Germany on his flight back to the US.
The CNN version