Climate change: " I want you to get angry, really angry" 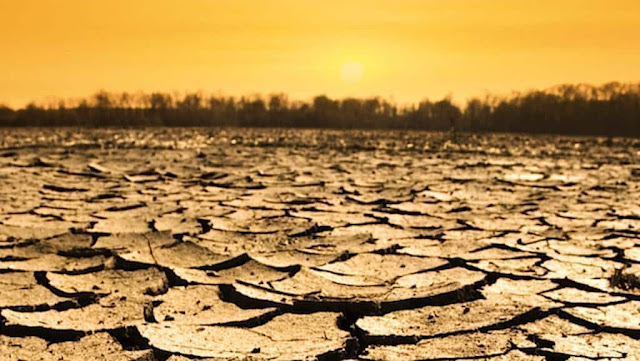 Sorry guys, maybe we have post Xmas blues, or maybe we are just sad coz we get sent posts like this one from #HighfieldFarmandWoodland ��

This Christmas I am full of rage and despair. I wanted to post this little bit of writing yesterday but I feared being accused of spoiling everyone’s Christmas.

Today is Boxing Day and everyone has probably had enough of Christmas now. You are sitting inside, out of the heat, watching the cricket and eating left-overs. So here comes my outburst - read it, there is nothing else to do.

It’s Boxing Day but it is something else too – today is the second day in a run of eleven days where the forecast maximum is 35 or above. Eleven days is as far as the forecast on the app I use goes. Who knows, it might go on for longer...

And there is more to share from my weather app. Not only are we forecast to have eleven days in a row where the maximum is or exceeds 35c but the coolest night time temperature is 18c with many nights into the mid twenties making sleep very difficult.

This kind of weather also makes farming very difficult. I suspect that after eleven days of this kind of solar radiation onslaught we wont have any pasture left. Careful management of grazing, grazing rotations and maintenance of native grass pastures, holding water in the landscape etc can only do so much. Our dams are nearly dry and there is no rain in the forecast.

This run of hot weather will also mean that we will be spending a lot of time keeping our hens cool (a euphemism for preventing their death by overheating). Aside from positioning them in the best shade we can find, it means regular applications of frozen bricks into their water, making ice pecking treats for them and hosing down their pen. It will be pretty much a full time job just preventing their deaths. So be prepared for your pasture-raised eggs to be scarcer and more expensive in summer, now and into the future as the temperatures climb and as extra effort goes into keeping laying hens cool.

Before you kindly offer bales of hay and make suggestions for sprinkling systems for pastured poultry enterprises, before you offer wisdom from a Farming Guru as a solution to our plight, before you placate me by saying how much we value our farmers and their work, how much we love your food, how lovely our pictures on Instagram are, before you metaphorically pat me on the shoulder and say, ‘the rain will come, don’t worry’, I want you to know I don’t want bales or advice, or praise or cheering up.

When we have fewer eggs and no lamb, I want you to get angry, really angry. Not towards us but I want you to be angry at the lack of action on climate change. Because if you think eleven days over 35 in a row is bad, wait till we get the predicted extreme heat...

And I’m angry because being anything other than angry feels like being complicit. And I want you to be angry. I want us all to be so angry and so noisy and so outraged that we get heard. I want our governments to take action on climate change, and more, I want real action on climate change. I want things to change, lots of things.

I am not a scientist, I can’t recall relevant statistics to place in this outburst, I don’t need to. The science is in and has been in and building for decades. There are plenty of reports eloquent on the matter. Scarcely a news report goes by nowadays without reference to some environmental disaster or other. Hear the one about the Third Great Extinction?

Climate change or global warming is not a matter of ‘belief’ – save the belief thing for Christmas – it’s a matter of fact. Our habitats are degraded, our koala populations are devastated, land clearing has recently been re-approved in NSW, the Barrier Reef is in a deplorable state and its hot, bloody hot and bloody dry.

I was not raised a Christian, I am no woman of faith or belief – that’s in case the aethisiests stop reading here. But I am deeply interested in symbols and in the underlying meaning of myths and stories and legends. It seems to me that Christmas is ultimately a story of hope – that kind of innocent hope that comes with the birth of a new baby, the hope that the baby will have a fruitful life, a positive life, a happy life. That’s what we all want isn’t it? That’s what we all hope our children will have?

But what kind of life will a baby born today have? One without natural wonders like the Barrier Reef, without magnificent forests, without koalas, polar bears, and with water scarcity, increasing heat waves and fire storms? And how about a future where bird diversity means sparrows, pigeons and starlings. See the report the other day of galahs falling dead out of the sky?

So it’s Christmas, a time of hope, a time we try to make a fabulous magical time for children. So let’s think of them for a moment. Recently we have seen that they have even lost hope. Heard of Greta Thunberg? The 15 year old who decided to stop going to school and sit outside the Swedish Parliament to demand action on climate change. She recently inspired other school children all over the world to protest including here in Australia. And the response of our politicans? Scott Morrison told them to go back to school and that they needed "more learning in schools and less activism". Watch out Scott, they’ll be voting soon!

I acknowledge that via Facebook I am talking in my own echo chamber – talking to people who are already concerned and who are already reducing, reusing, recycling, renewing, repurposing, who have installed solar, who are minimizing water use, who are changing their farming practices, eliminating plastics, thinking about food miles, buying from ethical sources. I also know you are also eating seasonally, eating locally, growing it, cooking it, composting it, making it, sewing it, fixing it, re-using it, etc. I know my city friends are bike riding or walking or taking public transport instead of driving to work. That’s brilliant, keep doing what you are doing and keep caring. But it seems like we are doing all the hard work while our politicians are obfuscating.

We have the opportunity to vote this year in both Federal Elections and State Elections (in NSW at least). We have the opportunity to interrogate (yep, I mean interrogate) our politicians on action on climate change. What are their policies? What meaningful action will they take? What do they think about the School Strike? Make sure they know you are angry and that you will change your vote according to that issue. Make sure they don’t divert you onto thinking the main issue is free-trade or immigration or terrorism - after all, what is more terrifying than an increasingly hostile climate?

I am not making a case here for voting for any particular party (except, really? are you really going to vote for the National Party again? Really?). I actually think none of the available political options have policies strong enough for effective action. But let’s push them in that direction, ask them what their policies are? Tell them that’s not good enough, demand real action, make our voices heard.

Greta Thunberg puts it perfectly. When addressing the world’s politicians she said, “we cannot solve a crisis without treating it as a crisis”. “Until you start focusing on what needs to be done rather than what is politically possible there is no hope”. That word again – Hope.

So over Christmas and the School Holidays, hold your children tight and get angry with them. Support their rage - they have every right to be angry, we have stolen their future. Vote with their future in mind, show them that adults are accountable.

I’ve spent my whole life as an environmentalist, I’ve done what I can – obviously not enough. I’ve been part of some small victories, I continue to live thoughtfully and my environmentalism informs our farming and conservation work here at Highfield. Largely, I feel it has been a wasted endeavor because so little has changed. It is so hard to stay optimistic, but giving up is not an option. I’m staying angry.

It’s hot, and it will be a very long heat wave. Our animals need us so I’m going out to put more ice bricks in the chickens’ water tank...