Bibi tweets Donald - with a threat 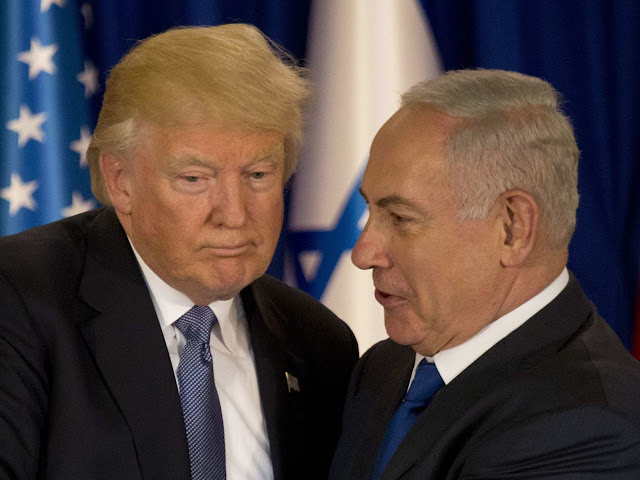 See below a tweet from Netanyahu to President Trump. 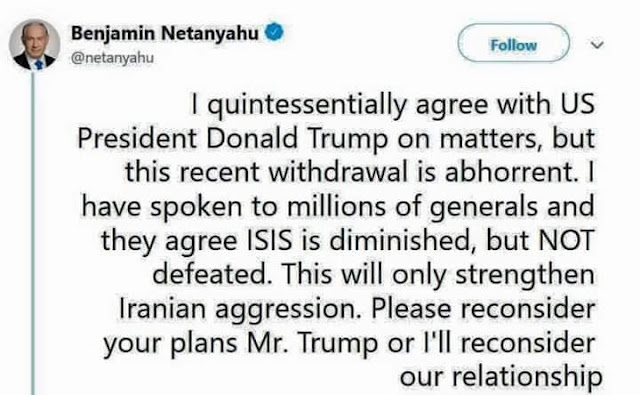 He is clearly threatening the President with some consequence if he pulls out of Syria.

Additionally, he is too arrogant to address him properly. He addresses him as Mr. Trump.

This is in act of contempt not only for the President, but for the American people who give up their much needed tax dollars so Israeli’s can have free housing, health care, education, and weapons to continue their war crimes and ethnic cleansing of Palestine at our expense.

Unless he is completely secure that Zionist Jews control the government of the USA, he would not speak to him this way.This is embarrassing for America and the American people.
Posted by seemorerocks at 11:23