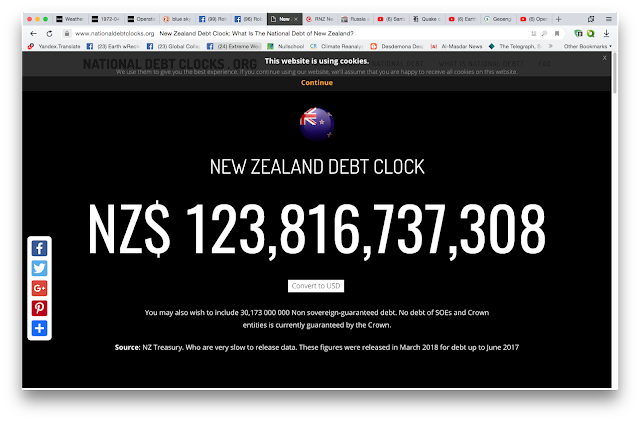 Our national debt has topped half a trillion dollars and is still rising, despite signs that the pace of borrowing is starting to ease.

The latest Reserve Bank figures (for the year to April 30) show household debt has topped $250b, driven by rising property prices and an increase in consumer borrowing.

But, while household debt remains at levels that worry the Reserve Bank and leaves us vulnerable to the risk of a housing market crash or international financial crisis, there have been signs of improvement in the past year.

Crown debt has stabilised as the Government looks to reduce its debt to 20 per cent of GDP by 2020.

The cooling of the housing market, particularly in Auckland, saw the rate of credit growth ease in the first four months of the year.

The overall ratio of net debt to GDP - a key measure for economists and ratings agencies - has fallen as economic growth and improved savings offset total volume of debt.

Dairy prices have also improved, taking the cashflow pressure off debt-laden farmers.
"This loss of momentum in the housing market has seen the rate at which we're accumulating debt slow down over the past year," said Westpac senior economist Satish Ranchhod.
However, the risks remain high.
For New Zealand households, the ratio of debt to income has now reached a record - 168 per cent, well above the pre-financial crisis peak of 159 per cent.
" 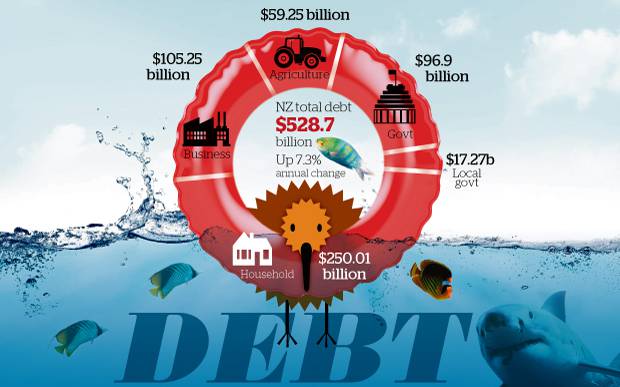 As well as continuing vulnerability to international shocks, New Zealand now faces a risk to economic growth as the borrowing trend slows, Ranchhod says.
"With interest rates set to continue gradually rising over the coming years, we expect house price inflation will remain modest through 2017 and 2018. That's likely to continue dampening credit growth, and will weigh on spending and economic activity more generally."
The slowdown in debt accumulation and house price inflation makes it less likely that we'll see a tightening of Reserve Bank policy in the near term, Ranchhod says.
But the RBNZ is still looking at introducing new tools such as debt-to-income ratios for mortgage borrowers.