It is shocking to see how quickly this meme has come upon us. 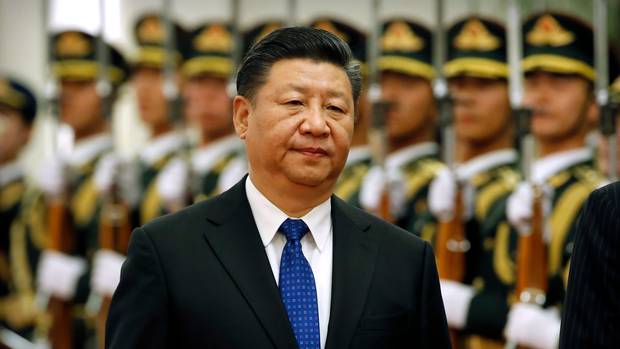 New Zealand's relationship with China is rapidly deteriorating as the country is swept up in what long-time trade and foreign policy adviser Charles Finny describes as a "new Cold War" caused by the Western alliance pushback on Chinese cyber-espionage.
More: Chinese commercial espionage reaches into NZ, GCSB boss says
He's warning New Zealand companies operating in China to watch for signs of difficulties with customs procedures or government permissions, and for changes in tourism and international student arrivals.
Adding to the strain on a relationship that Finny believes has gone from constructive to troubled in the last six months was yesterday's disclosure that an investigation into complaints about Chinese government subsidies on steel imported to New Zealand has been reopened following a September court order.
The Government Communications Security Bureau (GCSB) report on Chinese spying represents a small, new chapter in the weeks of increasing tension between China and the US both on trade and cyber-security issues, causing global financial market jitters and contributing to the absence of the typical end of year "Santa rally" in global equity markets.
The cyber-espionage push has led to componentry from Chinese manufacturer Huawei being all but banned from the next-generation 5G mobile telecommunications systems by members of the so-called Five Eyes global cyber-surveillance alliance: the United States, Canada, United Kingdom, Australia and New Zealand.
Coordinated actions by Five Eyes partners saw the arrest this month of a senior Huawei company officer by Canada for the US, followed by the potentially tit-for-tat arrest of three Canadian nationals in China.
"It seems to me that the new Cold War that seems to be developing is one that's being fought as much about technology as anything else," said Finny.
A former trade negotiator and diplomat, Mandarin-speaking Finny is a partner in Wellington lobbying firm Saunders Unsworth, which has represented Huawei in New Zealand. He is also chair of Education New Zealand, the government agency responsible for international education and marketing, with China the largest single catchment for foreign students studying in New Zealand.
"It has come to a head over the introduction of 5G technology equipment but I think it's going to be much broader than just telecommunications technology."

New Zealand appeared to have provisionally ruled Huawei out of the 5G rollout "for reasons of solidarity with Five Eyes rather than any obvious security flaw," said Finny, noting that Huawei componentry in the 3G and 4G systems had all been vetted and approved by the British version of the GCSB, the GCHQ.
"As of the middle of the year, I was absolutely certain that we were being seen as a better friend than the Aussies," said Finny. "It did seem as everything was OK. I'm not sure that things are now."
Compared to Australia, there had been numerous ministerial exchanges in both directions between Beijing and Wellington whereas Australia had had barely one such exchange in recent times. While it did not occur, there had been active discussion of Prime Minister Jacinda Ardern visiting President Xi Jinping in Beijing, which is now postponed.
Failure of that visit to materialise next year would be "a bad sign", said Finny, who said Chinese diplomatic practice was to retaliate rather than complain first.
"They just do it."
The latest developments followed a string of related developments in the wider New Zealand-China relationship, including criticising China's expansionism is in the South China Sea, acquiring new air force reconnaissance planes capable of carrying anti-submarine weaponry, and the so-called "Pacific reset" in foreign policy, which last weekend saw Foreign Minister Winston Peters deliver a strong plea in Washington DC for increased US presence in the region.
Ardern told journalists on Monday that she had not read and would not expect to have seen the speech, in which Peters "unashamedly" sought to "enlist greater US support in the region" in a region that was "becoming more contested and its security is ever more fragile".
However, Finny said he would have expected a foreign policy speech representing a significant shift in messaging would have been approved by the full Cabinet.
"It's clear that the New Zealand First bit of the government are much more suspicious about China," he said, referring to Peters, who has long taken a sceptical view of Chinese economic engagement, and his defence minister, Ron Mark. "And I'm not seeing serious pushback from Labour and actually not much from National."
Today's GCSB report said "a long-running campaign targeted intellectual property and commercial data of a number of global managed service providers, some operating in New Zealand" and labeled such cyber-campaigns "unacceptable".