The Camera On Board the Spacecraft Photographed UFO Flying By 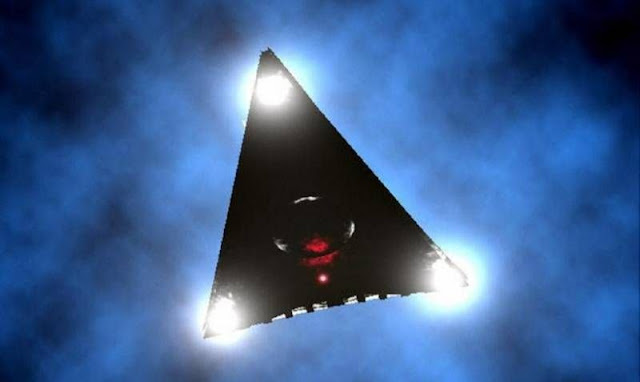 • On September 8, 2018, as Elon Musk’s Space X Unmanned Aerial Vehicle dubbed ‘Dragon’ was delivering it’s payload to the International Space Station, 400 km above the Pacific Ocean, a surveillance camera on the Dragon picked up another craft in the background. By the appearance of the craft, it was triangle-shaped, and may have been a ‘TR3B Astra’ craft. (see 10:24 minute video of triangular craft passing the ISS)
• [Editor’s Note]  The TR3B is rumored to belong to the US Air Force and was built using secret advanced technology of the 1990’s, although far less advanced than some of the alien-based technology currently being developed. According to secret space program insiders such as Corey Goode, the TR3B is primarily used to transport cargo and personnel between Earth bases and the dozen or so Air Force space stations, which are far more technologically advanced than the International Space Station. Perhaps all of these secret stations and craft will be absorbed into President Trump’s new Space Force, and will then be revealed to the public.
Foreign media reported that the ISS crew successfully captured the cargo, delivered by UAV “Dragon”. The device, incidentally, belongs to the company “SpaceX”.
The head of the crew Alexander Gerst have used a mechanical “hand” to deliver “packages” on Board the space station. At the time of the punching operation, the astronauts raced at an altitude of 400 km above the Pacific ocean.
The drone was equipped with a surveillance camera which filmed everything that happens. As you might guess, it is on the video and noticed a strange triangular shaped object. As suggested by some individuals, UFOs, reflected light or emitted their own rays.
Ufologists decided that “Dragon” was filmed mythical flying machine called the “TR-3B Astra”. Device if you believe the stories, created in the United States with the use of alien technology.
However, many people agree that the frame has got the usual alien spacecraft. Is the company Ilona Mask you can’t cut a piece of video to show people the truth?
10:24 minute ‘Third Phase of the Moon’ YouTube video
of a TR3B passing by the ‘Dragon X’ in space (segment ends at 5:30)

Email ThisBlogThis!Share to TwitterShare to FacebookShare to Pinterest
Labels: UFO