Is Russia preparing for fallout of a nuclear attack

Russia Prepares for Fallout of a Nuclear Attack

(Reuters) - More than a dozen SU-27 and SU-30 fighter jets which Russia is deploying to boost its air force, amid heightened tensions with Ukraine, arrived in Crimea on Saturday. (Video 2xSu-30M2 testing new Belbek runway)

Over 3,000 servicemen practice liquidating aftermath of nuclear attack in Russia's south
Over 300 units of special equipment were used in the drills, including cutting-edge mobile laboratories for radiation and chemical express analysis 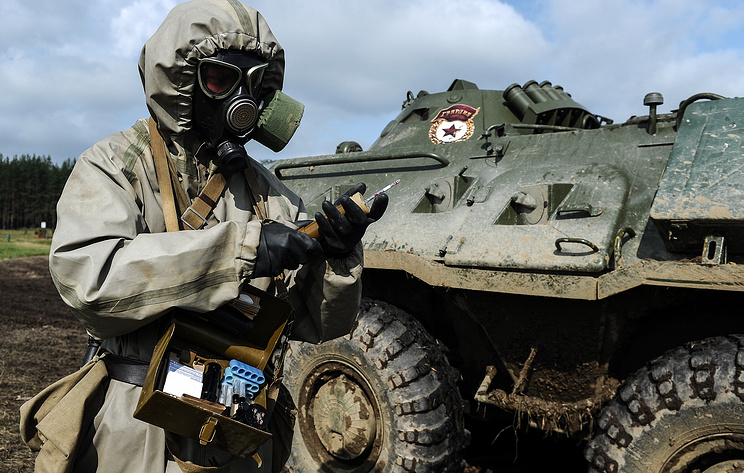 "On the territory of the Stavropol and Kuban regions, over 3,000 servicemen took part in drills on conducting radiation, chemical and bacteriological reconnaisance; as well as on deactivating contamination from nuclear weapons of terrain, weapons and military equipment," the press service said.

Over 300 units of special equipment were used in the drills, including cutting-edge mobile laboratories for radiation and chemical express analysis About this stated the press service of the people's militia self-proclaimed Luhansk people's Republic. Her boss, Yakov Osadchiy, said that information about arrival of arms for the APU was confirmed by the Special monitoring mission of the OSCE.

Earlier in DND announced the strengthening of the APU on Gorlovka direction. This happens with the purpose of committing the attempted attack in the Donbass on December 24-25.

in Syria amid U.S. Withdrawal

Turkey’s defense minister said Thursday that Kurdish forces in Syria would be “buried” in their trenches in any Turkish operation to rout the fighters from the border, just one day after President Trump announced a withdrawal of U.S. troops from the country.

Speaking from the Qatari capital, Doha, Hulusi Akar said Turkey was preparing “intensely” for a military offensive east of the Euphrates River in Syria, where Kurdish-led forces have battled the Islamic State militant group.

The fighters have dug trenches and tunnels in the area in anticipation of the operation, Akar said, according to Turkey’s official Anadolu news agency.

“But whatever they dig . . . when the time comes they will be buried in the trenches,” he said. “Of this there should no doubt.”


Israel to intensify attacks in Syria after

“We will continue to act in Syria to prevent Iran’s efforts to militarily entrench itself against us. We are not reducing our efforts, we will increase our efforts. I know that we do so with the full support and backing of the US”, Netanyahu said.