A report on Antarctic sea ice 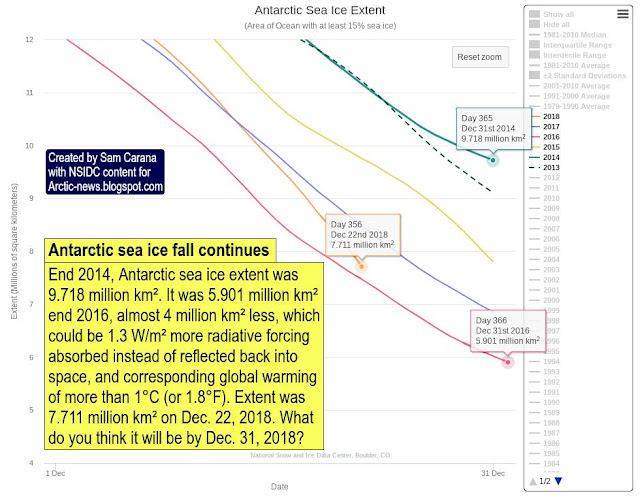 Albedo change is one of the feedbacks that many, including the IPCC, have yet to come to grips with. Many had hoped that albedo loss in the Arctic could somehow be compensated for by albedo gain in the Antarctic.

However, things have changed dramatically from then on. Antarctic sea ice extent was almost 4 million km² smaller at the end of 2016 than it was at the end of 2014. Even worse, extent by the end of 2018 may get even smaller, as illustrated by the image.

Such a fall in sea ice extent could make a difference of 1.3 W/m² in radiative forcing (RF). The corresponding global temperature rise could be more than 1°C (or 1.8°F). By comparison, the total RF of all carbon dioxide emitted by people from 1750-2011 was 1.68 W/m².

From the post 'Carbon dioxide emissions are rising', at:
https://arctic-news.blogspot.com/…/carbon-dioxide-emissions…

This is how things look at the South Pole today.   Temperatures are in the minus twenties in the interior,

Here are the temperature anomalies for Antarctica today; 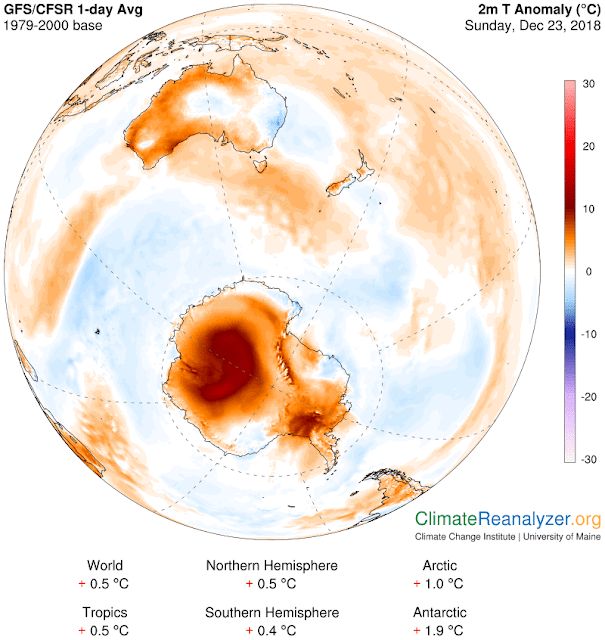 Here is the sea ice extent from the NSIDC 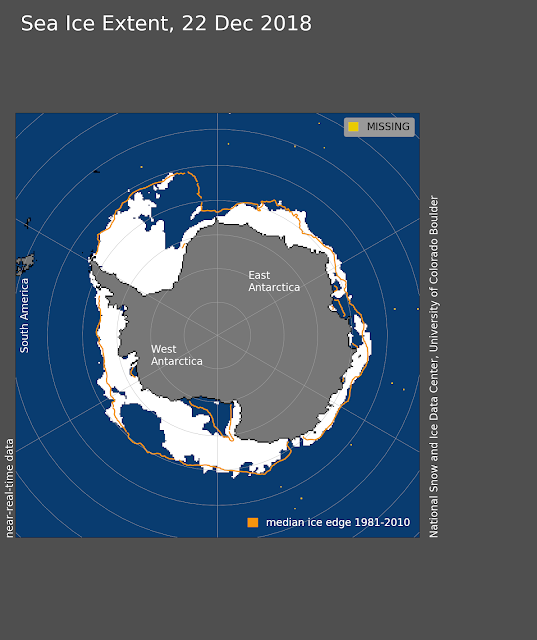 And the sea ice concentration, which is well down 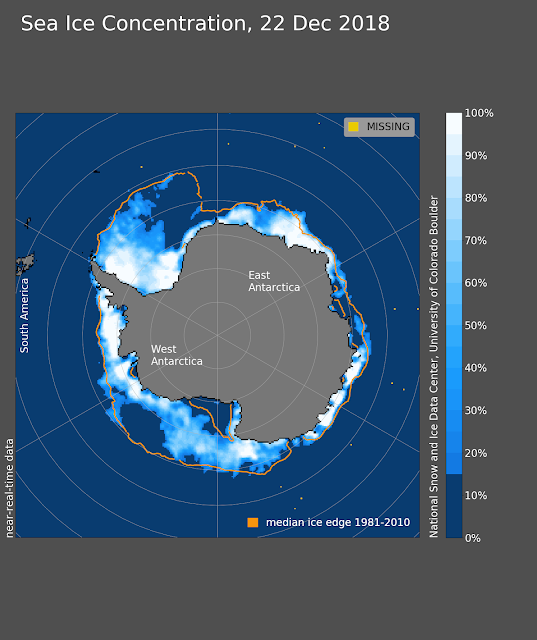 And the sea ice concentration according to the US Navy site

And the sea ice thickness