Mt Etna erupted on Christmas Eve, covering nearby villages in ash and disrupting flights. Photo: AFP
Radio NZ,
27 December, 2018
Some buildings were reportedly damaged in what was the latest in dozens of tremors since Etna erupted on Christmas Eve.
Volcanic ash had earlier covered nearby villages, and flights to and from Catania airport had to be halted temporarily.
People on the mountainside were told to escape quickly.
The earthquake struck at 3.19am local time (3.19pm NZT) near the municipality of Viagrande.
Pictures of damaged buildings have been posted on social media. 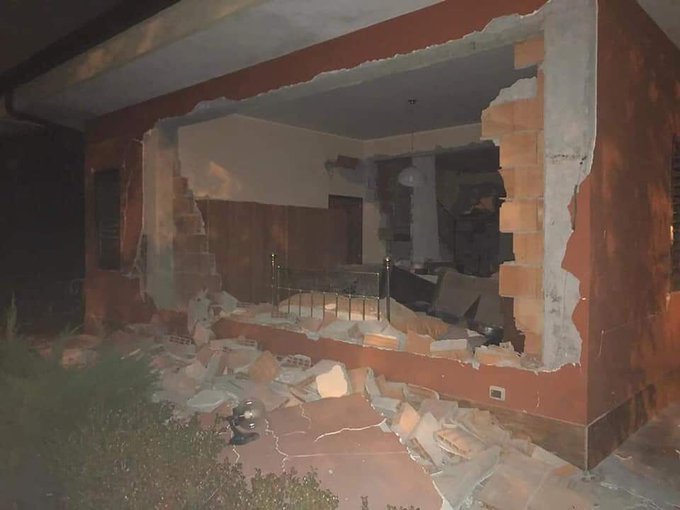 22 people are talking about this
Twitter Ads info and privacy
Italian media are reporting panic among local residents, many of whom run out into the streets.
There were also reports of buildings shaking in Catania, a city of more than 300,000 people.
-BBC
Posted by seemorerocks at 13:32