This is yet another example of reductionism. It is absolutely true that the most terrible overfishing has been going on for years, sanctioned by the industry and government agencies.

Dr. Norman, now head of Greenpeace, used to be head of the Green party and spokesman for climate change (or should I say, ABRUPT climate change DENIAL?.

We have, in addition to the following, our own anecdotal evidence from the guys in the fish shop over summer saying there was no fish to be had because they had migrated to cooler waters.

Why is it that people can never get their minds around the multiplicity of causative factors.

This is bearing down on us like a freight train.

Summer scorcher: Tasman Sea a 'bath with the hot tap on'

The fishing industry will cut the West Coast hoki quota by 22 per cent, after a leaked report showing thousands of tonnes of fish dumped and unreported.

Quota owners in the New Zealand hoki fishing industry announced on Wednesday the decision to reduce the amount of hoki they will catch next year, in response to changing patterns observed in one of the five fishing grounds.

The decisions includes removing 20,000 tonnes of West Coast quota, which represents a 22 per cent catch reduction. Industry leaders have also agreed there would be no carryover of any uncaught quota from the 2017/19 fishing year. 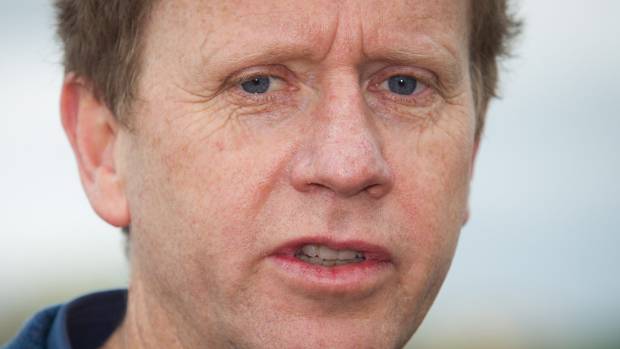 The Ministry for Primary Industries (MPI) report, leaked by Greenpeace in May, showed up to 2677 tonnes of southern blue whiting was dumped by fishing companies in 2012 – up to 6 per cent of the total allowable commercial catch that year.

Greenpeace executive director Russel Norman said on Wednesday "rampant overfishing" in New Zealand's most valuable fishery could only have helped drive the collapse.

"History tells us that left to their own devices, the fishing industry will overfish and collapse fisheries – just look at what happened with orange roughy."

He criticised MPI for not enforcing the law in 2012 and prosecuting companies.

"Instead, MPI has been captured by the industry, leading to this devastating result.

"The industry is blaming rising sea temperatures for the lack of fish. While that may well be a factor, it will have been made much worse by systematic overfishing."

Norman called for an urgent independent inquiry into the fisheries management system.

"Hoki are there in good numbers inside the 25 mile line, closer to the coast, and we have also had a good season in the Cook Strait, on the Chatham Rise and in the Sub-Antarctic.

"But, outside the 25 mile line, on the West Coast of New Zealand, fewer hoki have turned up than expected. We decided to act now, to make sure we are doing the best thing possible for the fishery."

Sealord general manager Doug Paulin said the company preferred to be "conservative" in its approach, in an attempt to have a positive influence on the hoki fishery.

"It is extremely positive and significant to have everyone working together in this way."

"Co-operation is the key to a sustainable fishery and that includes working closely with MPI to support the Government's management of the hoki fishery."

Forest & Bird's chief conservation adviser Kevin Hackwell welcomed the commitment, but was worried it may have come too late.

It was a reminder of the reality of climate change, he said.

"In order to protect nature and people, it's critical we do all we can to keep warming to no more than 1.5 degrees, and this means big emissions cuts, now."