The grim changes in the Arctic

Arctic ice hit one of its lowest points on record, but there’s another grim statistic 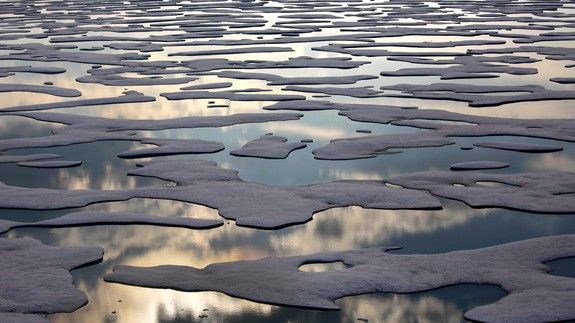 
Sea ice in the Arctic has just about melted to its lowest point of 2018, and this reinforces a trend of dwindling ice atop the globe — where the climate is warming two to three times faster than the rest of the planet.
As of last week, it's the sixth-lowest ice extent — known as the sea ice minimum — in nearly 40 years of satellite records, and with the summer's end it's likely to keep that ranking. This statistic alone might not carry the bite of 2012's extreme Arctic melt, in which the ice thawed to its lowest point ever recorded. Yet, a closer examination of what's transpired in the great north this year reveals the Arctic's ever-accelerating disappearance.
"I don’t want the story to be 'This was a ho-hum year'," Jeremy Mathis, a National Oceanic and Atmospheric Administration scientist who has led the agency's Arctic Research Program, said in an interview. "Even though the ice didn’t break an all-time record, it was still well below the historical average."
Image: national snow and ice data center
In fact, each of the last 12 years have been the lowest 12 years on the satellite record, Walt Meier, a senior research scientist at the National Snow and Ice Data Center, said in an interview.
"Twelve in a row," said Meier. "That clearly indicates a change."
And there's more.
Some of the thickest, oldest Arctic ice, which is anchored in a compacted mass off the frigid north Greenland shore, broke apart this year.
"That was oldest, most stable ice in the Arctic," said Mathis. "That’s the ice that we thought would hold on the longest."
"It even stuck around when we saw all-time record-breaking melt in 2012," he added.
The average thickness of this ice is around 5 meters, or 16 feet thick, but in parts it can reach 20 meters, or some 65 feet, said Meier.
In the greater scope of the expansive Arctic, this break-up wasn't extremely large. But it wasn't exactly small, either.
Image: nasa
"It's an area about the size of Indiana, so it's not trivial," he said.
This break-up portends what may eventually transpire in the Arctic — a visible gauge of climate change — in the next four or so decades.
"Something happened this year that is incredibly indicative of just how fast the Arctic is changing," said Mathis. "That could accelerate the timeline for what could be an ice-free Arctic Ocean during the summer months."
"It definitely was a surprise," said Meier.
Though, this may not be the first time such Greenland ice melting has happened, he explained; given the limited satellite records, there's no way to know for sure. In any case, it's still a sign of growing instability.
"It’s an indication that it [the ice] was thinner and weaker than it used to be," he said. 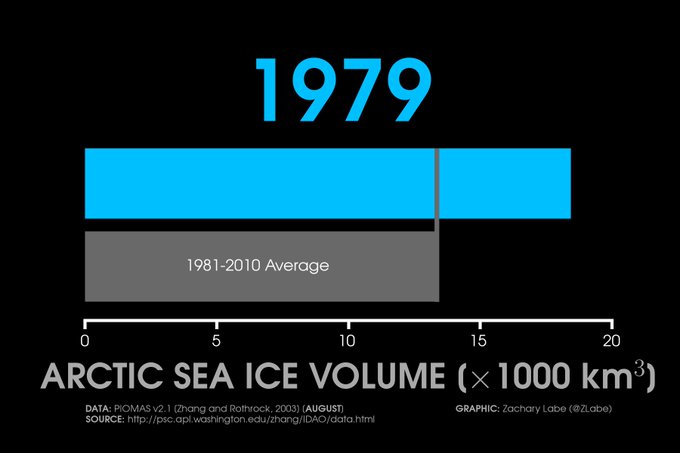 When sea ice melts, it contributes to even more ice melting. In contrast to the dark ocean, bright ice reflects sunlight back into space. But as both the warming oceans and atmosphere melt the bright ice cover, the ocean is then able to absorb this energy, which in turn melts more ice, said Meier. It's a continuing, stubborn feedback loop.
The change here, even in non-record breaking years, is stark.
"We're definitely looking at a shift in the climate," said Meier.
Posted by seemorerocks at 19:32