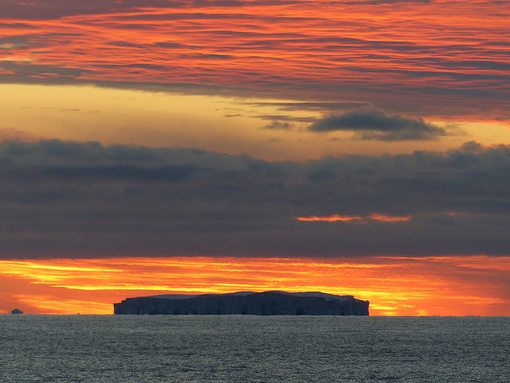 
East Antarctica is a big-time global warming player. Nothing is comparable. It is the world heavyweight, and nothing can impact the world with so much calamitous clout. As such, it would be a huge mistake to discount its capability to turn mean-spirited, striking all of a sudden, catching scientists and humanity unawares. In fact, it’s already turning heads, and it alone is equivalent to 170 feet of water.
Disturbingly, early signals of destabilization have been detected at Totten Glacier/ East Antarctica, where, according to accepted science for years and years, we are not supposed to worry until the next century. Scientists have always said East Antarctica’s a “not to worry region,” nearly impervious to the impact of climate change.
However, along those lines, over time it’s becoming increasingly evident that one of the horrors of the global warming story is a failure of mainstream science to know what’s really going on in a timely fashion, always late to the party. Repercussions could be cascading ecosystems crushing societal norms and flooding of the great cities well ahead of any kind of preparations, such as building dykes around major urban centers.
Here’s what the Intergovernmental Panel on Climate Change (IPCC), the prototype of mainstream science-lite, has said regarding the outlook for Antarctica:
“In 1995, the IPCC projected “little change in the extent of the Greenland and Antarctic ice sheets… over the next 50-100 years”. The 2001 IPCC report suggested that neither the Greenland nor the Antarctic ice sheets would lose significant mass by 2100. The 2007 IPCC report said there were “uncertainties… in the full effects of changes in ice sheet flow”, and a suggestion that “partial loss of ice sheets on polar land could imply metres of sea-level rise… Such changes are projected to occur over millennial time scales”. The reality is very different.” (Source: David Spratt & Ian Dunlop, What Lies Beneath – The Understatement of Existential Climate Risk, Breakthrough, National Centre for Climate Restoration, Sept. 2017)
Furthermore, the 2014 IPCC report said that Antarctica’s contribution to rising sea levels would “not exceed several tenths of a meter… during the 21st century.” Wrong again!
“The fate of the world’s coastlines has become a classic example of how the IPCC, when confronted with conflicting science, tends to go for the ‘least drama’ position… Yet extraordinarily, the 2014 IPCC assessment report repeated the mistake and actually produced a numerically smaller figure… despite mounting evidence of polar ice-mass loss,” Ibid.
Meanwhile, as the IPCC twiddled its thumbs, West Antarctica’s meltdowns turned serious, losing three massive ice shelves 1995- 2002- 2017, the third loss a one trillion ton behemoth, forcing National Geographic to redraw the World Atlas. Somebody noticed!
Now, there’s this: The Totten Glacier in East Antarctica is destabilizing. It alone carries enough ice melt (16 feet) to flood NYC and Tokyo, forget Miami, it’s already a goner. Totten is less than 10% of the mass of East Antarctica. Still, Totten brings more potential sea level rise than all of West Antarctica, where major destabilization of glaciers continues ongoing with gusto.
According to a recent telling article in Geophysical Research Letters: Yara Mohajerani, Isabella Velicogna, and Eric Rignot, “Mass Loss of Totten and Moscow University Glaciers, East Antarctica, Using Regionally Optimized GRACE Mascons,” https://doi.org/10.1029/2018GL078173, July 25, 2018: Totten lost 18B tons of ice every single year from 2002-2016, a clear signal that risk of inordinate sea level rise is now officially “on the move.”

“Both of these glaciers are vulnerable to the intrusion of warm ocean water and hold considerable potential for sea level rise,” said co-author Eric Rignot, Donald Bren Professor and chair of Earth system science at UCI. “This work highlights that East Antarctic glaciers are as important to our future as those in the continent’s western regions,” Ibid.
To say that is surprisingly bad news is comparable to the Fukushima Daiichi nuclear disaster’s surprisingly bad news, both ecosystem degradations have potential to “come down like a ton of bricks on civilized society.”
For overall perspective, Antarctica is the world’s largest desert at 5,400,000 square miles (the United States is 3,500,000 square miles). It is the highest, driest, coldest, windiest, brightest of the seven continents, roughly the size of the United States and Mexico combined, and almost completely covered by a layer of ice that averages more than one mile in thickness and up to three miles in some areas. The ice has accumulated over millions of years through snowfall. It represents 90% of the ice on Earth and would raise sea levels worldwide by over 200 feet were it to melt.
East Antarctica has been quiescent for centuries upon centuries… until now. It is the one piece of the climate puzzle that scientists don’t want to see turn ugly, so fast. But, it is misbehaving very, very badly and sending up smoke signals that humanity best get its act together soon and halt CO2 emissions or buy lots of scuba gear.
Not only is The Big Kahuna or East Antarctica starting to shake rattle and roll, it’s kissing cousin West Antarctica has already been on a roll for some time now. The “Mass Balance of the Antarctic Ice Sheet from 1992 to 2017,” Nature, 219-222 (2018) shows the rate of ice loss from West Antarctica increasing three-fold over the past 15 years. That’s a lot. No science models came close to predicting that rate of increase since 1992, 2002, or 2012 (every 10 years), but it was and still is happening at ever-increasing rates of speed.
Time and again the same storylines about “scientists surprised by how much faster the climate system is changing… way ahead of the models,” should start sinking in that anthropogenic climate change is on the march in a big way. Yet, leadership, especially in America, is as cavalier about the risks as General Custer was when informing his courier: “It looks like we caught’em sleeping.” It is axiomatic that wipeouts are never anticipated!
According to James Hansen of Earth Institute – Columbia University, whose strong ethical straightforward honesty was totally unacceptable (actually taboo) for the Bush/Cheney administration: “The last time that ice sheets disintegrated 14,000 years ago, sea level went up (on average)… one meter (3.3 feet) every 20 years.” (The Yale Forum on Climate Change & The Media, Dec. 2013) Oops!
Totten is an early warning signal clanging loud and clear, if ignored, it’s comparable to Custer’s courier riding off in the distance to inform reinforcements of “good news.” Somebody somewhere, everywhere, better start planning to move to higher ground or building dykes, or do something other than sit around waiting for additional stronger evidence that impending worldwide chaos is right around the corner. Wipeouts are never anticipated. If it were otherwise, they’d never happen.