Is Syria getting its uopdated S-300 system? 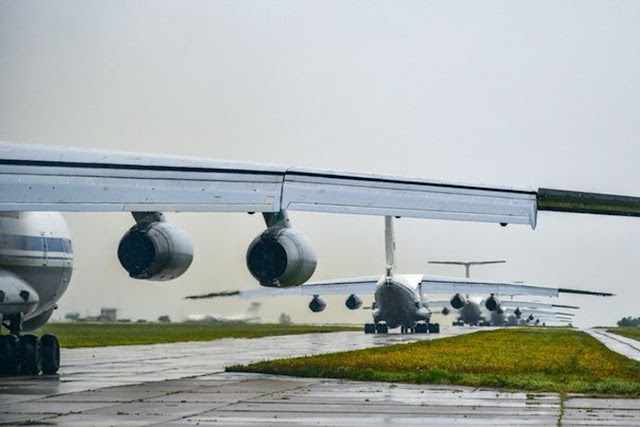 This is information that could easily turn out be to be untrue.  But then it might not be.

Hal Turner on his website behind a paywall is claiming to have first-hand information from on-the-ground as well as "first-hand information from sources in the actual Intelligence field from a particular country which will not be named" that Russian aircraft have been flying into its bases non-stop with the components for S-300 anti-missile systems that, up to now, the Russians have declined to make available to the Syrians.

"It is estimated that within the past few hours, at least HALF A DOZEN model S-300 systems have already arrived inside Syria. These are said to be complete systems: Vehicles, Launch Tubes, Rockets, Radar, and Communications. More are already confirmed to be on the way."

Turner says that the supplying of updated S-300 systems to Syria is a "game changer." He quotes one of his former colleagues in the Intelligence community as saying "nothing good is going to come out of this. This takes the troubles to a whole new level."

Further,he claims to have "insider" information that tactical nuclear warheads mountable on Kalibr missiles, some of which are ground-based already in Syria, and many more of which are ship-based in the Mediterranean Sea, were flown into Syria this morning aboard one of the planes flying into Syria

This is an escalation of unimaginable proportion and the talk in Intelligence Community circles is that Russia now EXPECTS to be directly attacked, by Israeli forces, and that the attack may actually be a small nuclear first-strike!  Russia is now prepared to respond to any such eventuality and all sources confirm that Russia "absolutely positively will respond if directly attacked in such a fashion."

Seen from his point-of-view this is, of course trouble. However, some of us have been calling for this for some time and that if true it is not before time.
If World War 3 is about to break out I consider it almost inevitable that Israeli will be the direct cause and that it will be fought over Syria.

As a comment I would say that whilst western mainstream media can hardly be relied upon for more than a propaganda statement (look at the deafening SILENCE around all of this) and, especially in times like now the state-run Russian media can be relied to reflect Russian national interests (which are generally honourable compared with the enemy) rather than the truth.

It is essential to look at Israeli and regional media as well as stories like this (unless they are demostrably false) to put together as a full and accurate picture as we can.

If I can take anything from all this it would be that Moscow's seemingly infinite patience has finally runout and it means business. No doubt cool heads in Moscow are counting on movements to drum some sense into the Israeli.

Knowing Israel as we do (as well as the American zio-cons) we know it is probably a forlorn hope.