(ONCE AGAIN) the Americans evacuate ISIS in Syria 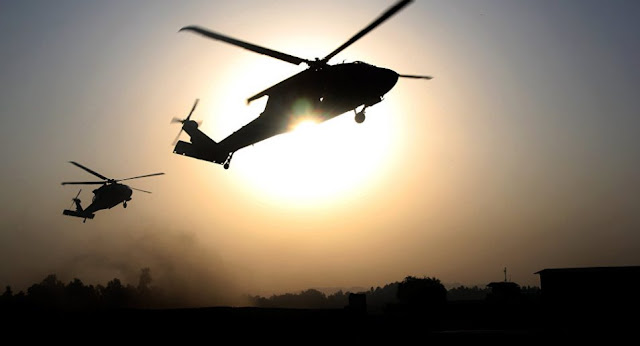 al-Masdar News,
23 September, 2018
BEIRUT, LEBANON (12:00 A.M.) – The Syrian government has accused the US Coalition of evacuating Islamic State (ISIS) terrorists from the Deir ez-Zor Governorate recently.
According to the state-owned Syrian Arab News Agency (SANA), Damascus accused the US Coalition of evacuating several Islamic State terrorists via a recent “air landing operation” at the outskirts of Al-Marashida in the Deir Ezzor Governorate.
This same allegation was made by the pro-opposition Syrian Observatory for Human Rights (SOHR) on Friday evening; however, no photos or videos were released to corroborate these claims.
The Syrian government has repeatedly accused the US Coalition of aiding the Islamic State forces in southern and eastern Syria.
These accusations began in October 2016, when the US Coalition bombed the Syrian Arab Army troops at Mount Thardeh in Deir ez-Zor.
This deadly attack resulted in the full capture of Mount Thardeh by the Islamic State and the death of more than 100 Syrian Arab Army soldiers.
The US attack on Mount Thardeh is still the deadliest bombing against the Syrian Army in its existence.
Posted by seemorerocks at 18:40