The latest from Syria: Russia Will Supply Syria With Short To Medium Range Air Defense Systems Beside S-300

An update on fast-moving events in Syria
Unconfirmed reports indicate Russia has supplied BUK, Pantsir and other short- and medium-range missiles that would allow Syria to defend itself against Israeli aggression 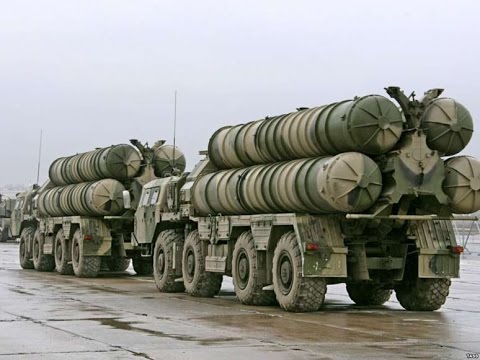 Reports on the shooting-down of the Russian IL-200 a week ago and subsequent events since an Israeli delegation in Moscow was checked out and Moscow set up a no-fly zone that has meant that Israel was unable to retaliate have been very sparse.

Coverage from western mainstream media has been practically non-existent and reporting from official Russian media and media sympathetic to Moscow has been couched in a way to conform with Russia's national interests  which has been to withhold information on their plans until they have been carried out.

When I reported on Hal Turner's claims last week about the supply of the S-300's to Syria I was sceptical and expressed that scepticism. After all he was far in front of the field - no one was reporting this.

However he was absolutely correct on this and the Russian announcement of its intention to supply the anti-ballistic missile technology was made approximately 12 hours after Hal Turner announced it.

I therefore recommend that you listen to this backgrounder as well as the latest news (in Part Two) to help keep in touch with fast-moving events.


The latest intelligence that Hal Turner claims to have indicates that Russia is supplying:

All of these are short-term and medium-term missiles that would strongly enhance Syria’s ability to defend itself.

Here are two other reports from today-

NETANYAHU: WE WILL CONTINUE TO ATTACK SYRIA & WHATEVER ELSE IS NECESSARY

The Zionist strongman ruling the Israeli regime says that Tel Aviv will not stop carrying out military operations in Syria, despite Russia holding the settler-colonial responsible for the downing of the IL-20 off the Syrian coast last week.

The Israeli ruler had made these incendiary remarks just Tuesday, as he prepared to board a flight to New York to address the UN General Assembly, a city disproportionately administered in all spheres of civic, financial, and political life, by his coreligionists.

“We will continue to act to prevent Iranian military entrenchment in Syria and we will continue the military coordination” between the Israeli military and that of the Russia, said Netanyahu as he prepared to get on his plane.

He makes this statements as Iran is assisting the lawful Syrian government, upon the invitation of the democratically elected Syrian president, Assad. Iran like Russia has been playing, formally, an advisory military role in the Arab country, as it fights against a foreign invasion supported by Israel, the United States, and other countries in the region such as KSA, Qatar, UAE, and Turkey. Unlike Iran, Russia has had its airforce  also deployed in Syria since 2015. The role of Turkey and Qatar have begun to shift towards a pragmatic one of vacillation, while the KSA has had its hands tied in Yemen in its losing, though bloody, effort to stamp out a Yemeni sovereign-national movement led by Houthis.

The support by Tehran and Moscow has enabled the Syrian army to speed up its gains on various fronts against Takfiri militants.

As a result of the support from Tehran and Moscow for the Syrian Arab Republic, the Syrian Arab Army has been able to turn the tide from a virtual stalemate against the Salafist invaders, and make a significant series of now unstoppable victories. The final liberation of the country is now only a matter of time, so long as a major shift in geostrategic or diplomatic balance does not take place in the interim.

On the contrary, Israel has frequently attacked military targets in Syria during the past several years in what is considered as an attempt to prop up terrorist groups that have been suffering heavy defeats against Syrian government forces. It has also been providing weapons to anti-Damascus militants as well as medical treatment to the Takfiri elements wounded in the Arab country.

In contrast to this, and contrary to Netanyahu’s statements, it is Israel that has been attacking Syria for the last few years. Israel has been propping up radical Islamic terrorist groups, ranging from ISIS to Al Qaeda spin-offs, which in the region is referred to as critics all together as ‘Daesh’. Syria has not launched any attacks upon Israelis on the Palestinian lands which the Zionist-settler-colonial entity occupies, but Israel has, on many documented occasions, and admittedly so, attacked Syria.

Unlike the FUKUS states involved in this war, and unlike the nominally Muslim regional powers involved as well, Israel stands alone in feeling the impunity to aggressively attack Syria with not even a pretense of a legal reason or framework. France, UK, and the US have engaged ostensibly to ‘protect civilians’, and to ‘fight ISIS’. Gulf monarchies and Turkey have generally failed to admit even supporting the Salafist terrorists at all, though now that Turkey has played a vacillating role, it has essentially admitted that it controls a part of the ‘Free Syrian Army’, reformed in Idlib as the ‘Syrian National Army’. It is neither national of Syria, nor an army.

Israel’s brazen defiance of international law is meant to bring international hatred upon Israel, to invoke widespread condemnation, which Netanyahu and Zionist propaganda networks will use to ‘note a spike in antisemitism in the world’. The Zionist entity’s criminal and unhidden, unapologetic attacks upon a sovereign state without even the pretense of a reason, are meant to provoke global hatred against Israel. This will be transformed, by Zionists, into the very reason that Israel – and the Jews it falsely claims to uniformly represent – needs to exist.

They create their own reason for existing by simply making brazen moves which stoke criticism of Israel. By controlling western socio-political discourse, Zionists have succeeded in getting numerous academic institutions and now several governments, such as France, to legally and openly consider criticisms of Israel to be a form of antisemitism, punishable by law. This is meant to both silence criticisms, and to make criticisms even more heart-felt and ‘real’, and then this is used to justify the existence of the Israeli regime and the racist, supremacist ideology of Zionism which it is founded upon.
.
Israel has been rightly blamed for the downing of the IL-20, though the FUKUS and Israeli planners of the attack were dumbstruck that Israel, and not France or perhaps England, were blamed for the downing of the plane. They were further surprised that the Russians simultaneously agreed with false western accounts that the SAA ‘pulled the trigger’ that took down the IL-20, and yet also held Israel ‘fully responsible’.

“We will do whatever is necessary to protect Israel’s security,” Netanyahu further said before leaving for the United States

It should be noted that here Netanyahu does not say that the Israeli airforce will continue to strike Syrian targets. If the S-300’s are in fact delivered to Syria and additionally made fully operational to the Syrians, that is, that Syrians are ‘allowed’ by Russia to in fact target Israeli jets, then these jets will surely be shot down. The S-300 is a superior system than whatever defensive mechanisms or maneuvers the F-16’s, etc. are capable of.

This means any number of things, and could include that Israel plans to step up its direct support for Salafist groups in Syria. As noted, KSA and others have begun to ‘break’ and ‘vacillate’, whereas the Zionist regime hasn’t put forward any of its own risks or resources into this fight yet, even though this fight chiefly revolves around the realization of their regional hegemonic goals, related to, or close to the well-known Yinon Plan. Russia will supply Syria with a batch of short to medium range air defense systems additionally to long range S-300 systems, which will soon be delivered to the country, the Russian news agency Sputnik reported on September 26 citing Russian-language media.

According to state-run news agency, Syria will receive additional Buk-M2E, Pantsir-S1 and Pechora-2M systems which are already in service with the Syrian Arab Air Defense Forces (SyAADF). The report further speculates that the Tor-M2E low to medium altitude, short-range air defense system will be also supplied to the Middle Eastern country for the first time ever.

Two days ago, the Ministry of Defense of Russia announced that Syria will get a S-300 air defense system within the next two weeks in response to the Il-20 incident, which occurred on September 17. According to reports, Russia is also strengthening EW capabilities of its military group in Syria by deploying Krasukha-4 multi-functional jamming stations and R-330ZH Zhitel jamming cellular satellite communication stations in the war-torn country.

While the S-300 system will give Syria a much needed long range anti-aircraft and anti-missile capabilities, boosting of the medium and short range air defense capabilities will allow the SyAADF to intercept Israel stand-off weapons more successfully.