'We're going to win!' Pompeo vows China trade war will last until Americans get what they 'deserve' 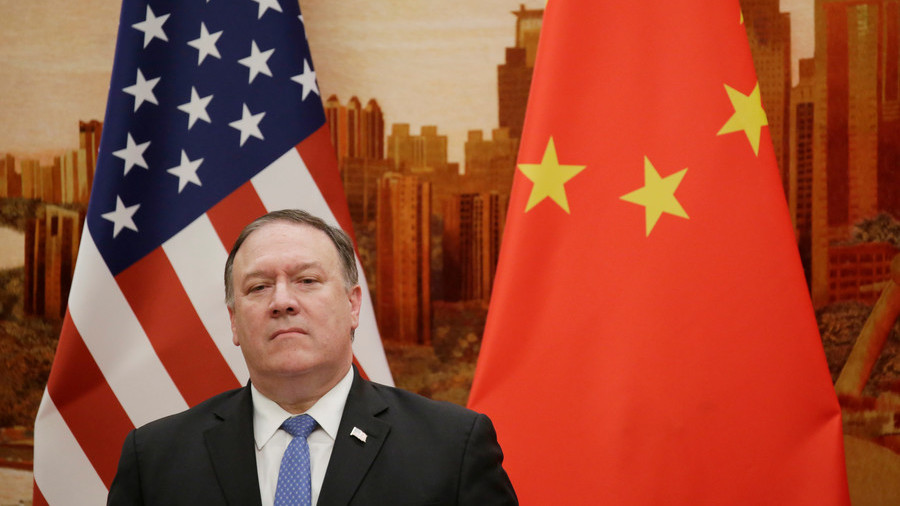 As the latest US and Chinese tit-for-tat tariffs are about to take effect, Mike Pompeo has reassured Americans that any inconveniences they might suffer in the trade war are temporary, before they emerge victorious and prosperous.

After a vast number of American businesses and multinationals expressed concern about the damage from the new tariffs and potential further escalation of the trade war, the chief US diplomat stressed that Washington strives to protect US workers and force China to play by its rules.

"We're going to get an outcome which forces China to behave in a way that if you want to be a power – a global power transparency, rule of law, you don't steal intellectual property – the fundamental principles of trade around the world: fairness, reciprocity," Pompeo told Fox News on Sunday. 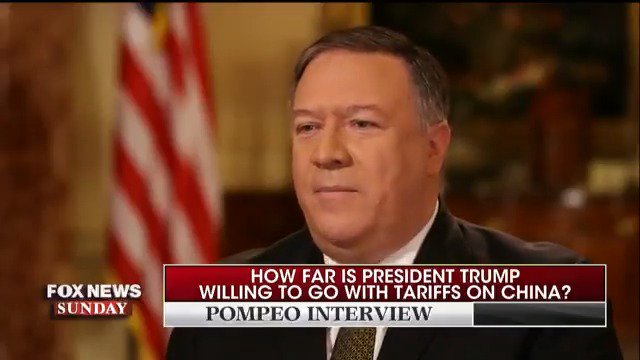 Fox News✔@FoxNews
.@SecPompeo on trade with China: "To the extent one wants to call this a trade war, we are determined to win it." #FNS https://fxn.ws/2DpeWVu

"Those are the things the American people are demanding and the American workers deserve," he stressed, after the US Trade Representative (USTR) finalized a new round of tariff hikes on $200 billion in Chinese imports. Starting Monday night, a 10 percent tax on Chinese goods will be slapped on as they enter the country, before rising to 25 percent at the end of the year.

In a retaliatory response to the latest round of US protectionist measures, China said it would impose levies on $60 billion worth of US goods, effective September 24. Beijing also warned that foreign companies will bear the brunt of the trade conflict between the world's two largest economies.

China to impose new tariffs on US goods worth $60 billion effective September 24
"According to preliminary data, the [US] tariffs will affect consumer industry goods, as well as textile, medical and electromechanical goods. Half of the companies [affected by US tariffs] will be with foreign capital," China's Commerce Ministry spokesman Gao Feng noted Thursday, stressing that Beijing is looking into ways to protect Chinese and foreign companies during the crisis.
While the US tariffs so far have spared popular consumer products like phones and computers, other electronics, such as printed circuit boards, power assemblies and computer chips, will be impacted. Washington's move will also affect everyday consumer goods such as air conditioners, shoes, fruit juice and kids’ goods, damaging US multinationals doing business in China.

Walmart, Sears, Petland, Dollar General and Target have already sent letters to US lawmakers strongly opposing the tariffs, stressing that import hikes will "penalize American families." A coalition of roughly 300 retailers, including IKEA North American Services, Kohl's, the Gap and Macy's, have also noted that the looming trade war will impact their business. Over 6,000 letters against new tariffs were received by the US Trade Representative Robert Lighthizer leading up to the new round of tit-for-tat actions. 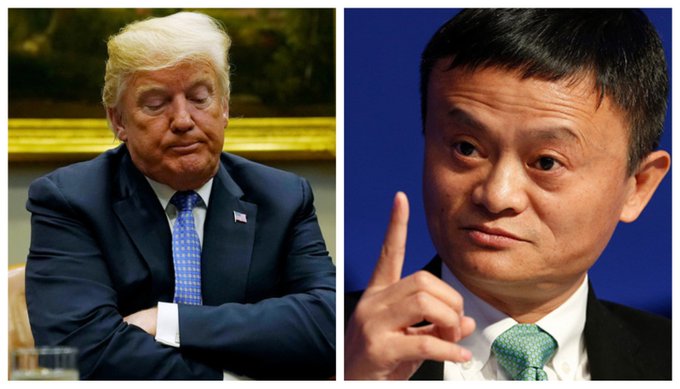 Despite the fears being voiced, on Friday Donald Trump threatened to impose even more levies on Chinese goods until the trade imbalance is fixed and until Chinese corporations stop 'stealing' American technology and intellectual property. Previously, the White House expressed its readiness to slap additional tariffs on around $267 billion of Chinese exports if Beijing doesn't back down. 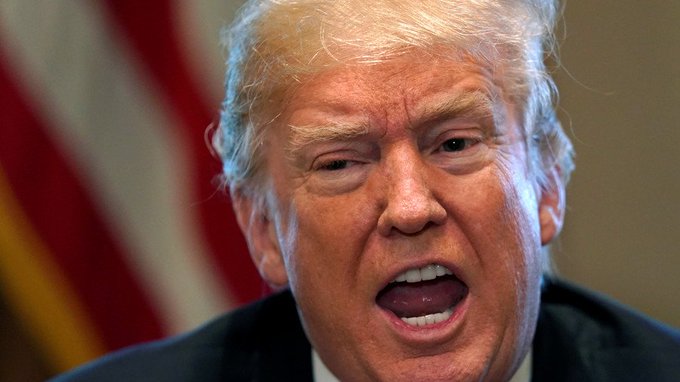 Amid the escalating tensions, China has reportedly cancelled a mid-level delegation visit to Washington next week, that was supposed to pave the way for further trade negotiations with President Xi's envoy Liu He. Despite the worsening trade relations, further exacerbated by recent sanctions against China's leading arms acquisition body over the purchase of Russian weapons, Pompeo believes that Washington will win the trade war.

"The trade war by China against the United States has been going on for years," Pompeo said. "Here's what's different in this administration. To the extent one wants to call this a trade war, we are determined to win it."


US using false accusations on trade to 'intimidate' countries – China 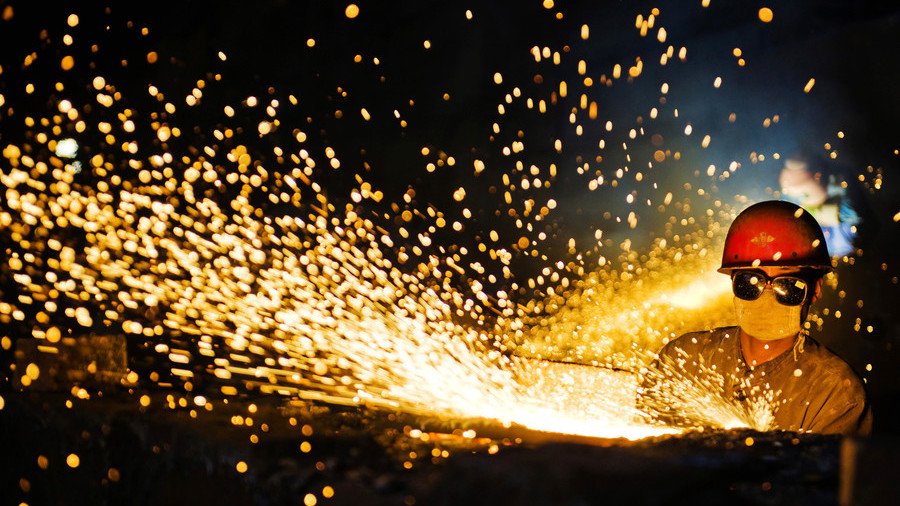 Beijing has hit back at the Trump administration after new US tax hikes took effect, accusing it of “making false accusations” and of engaging in economic intimidation of other countries.
China released a fresh white paper on Monday. One of the document’s six parts castigated US President Donald Trump for ‘trade bullying practices,’ according to state-run Xinhua.

It also said that Washington was exerting “extreme pressure” on Beijing to push forward its own interests, while pursuing“economic hegemony.”

The US is “making false accusations against many countries and regions, particularly China, intimidating other countries through economic measures such as imposing tariffs.”