Turkey braces for the first hurricane in its history 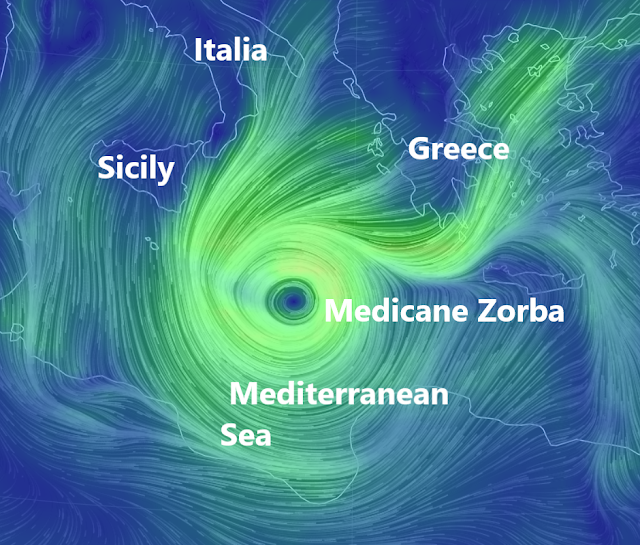 One month's rainfall is expected in parts of Greece today, it comes on top of three days of gale-force winds that knocked out power lines in several Attica neighbourhoods and other parts of the country on Thursday.

That weather system has been dubbed Xenophon by experts and is said to be on its way out, though only to be replaced by a Mediterranean storm with tropical characteristics equivalent to a hurricane, or Medicane, that has been named Zorba.

The Mediterranean hurricane heading towards Greece reached the southern Ionian Sea on Thursday evening, the meteorological service (Meteo) of the Athens National Observatory said on Thursday.

The hurricane is expected to continue eastward, bringing torrential rain and gale force winds to southern Greece and specifically to the Peloponnese and Crete on Saturday morning, Meteo said.

Hurricanes of this type are called Medicanes and reportedly appear in the Mediterranean once or twice a year.

In Greece they are even rarer, however, this will be the third year in a row that such a cyclone appears.

Before 2016, the Greek weather service recorded a Medicane in 1995.

Turkey braces for Medicane, first hurricane in its modern history 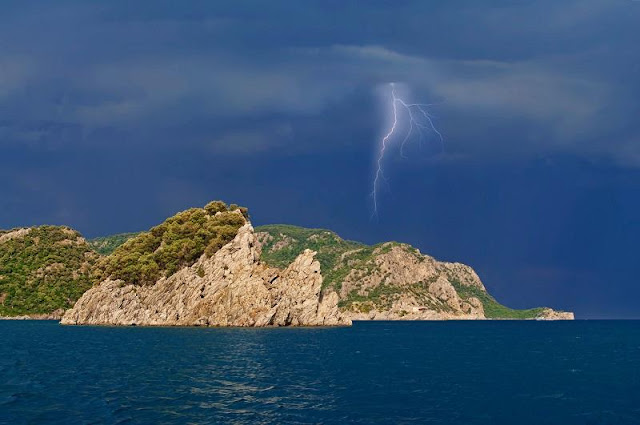 Turkey is bracing for the first hurricane in its modern history, expected to hit its western coasts on Sept. 30.

A tropical storm formed in the Central Mediterranean is expected to gain strength and move east in the coming days, the state-run Meteorological General Directorate said in a statement on Sept. 27.

Dr. Murat Gündüz, an academic from Dokuz Eylül University (DEU) in the western Turkish province of İzmir told local media the storm is expected to turn into a hurricane on Sept. 28 before hitting Greece and Turkey on the weekend.

Dubbed “Medicane” as a combination of the words “Mediterranean” and “hurricane,” the system is expected to bring winds as fast as 180 kilometers per hour when landfalling in Greece.

After slowing down to 75-120 km per hour on the Greek mainland, the hurricane is expected to hit Turkey’s western coasts, bringing 75 kilograms of rainfall per square meter.

“It will arrive in İzmir on Sept. 30 evening or the morning of Oct. 1. Our predictive models suggest Turkish coasts from the south of İzmir to Antalya will be affected,” Gündüz said, stressing that a Mediterranean hurricane is “a very rare phenomenon.”

It will be the first hurricane in Turkey’s modern history and only around a dozen of them have been recorded in past centuries.

“European countries around the Mediterranean have no official agencies to monitor hurricanes. It is expected we will see more of them in the future due to climate change and we need centers to monitor them,” said Gündüz.

“There is no need for fear or anxiety but we should take precautions,” he said.

'Medicane,' a rare, hurricane-like storm, is on track to hit Europe
Posted by seemorerocks at 11:21