Sharemilkers lose everything after raising alarm about M bovis 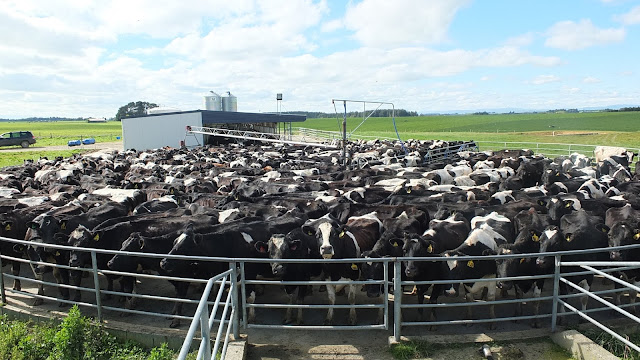 The sharemilkers who first raised the alarm about sick cows, leading to the discovery of Mycoplasma bovis, say they have been left homeless, penniless and without work.


Mary Potgieter and her husband were sharemilkers on the van Leeuwen farm in South Canterbury. She told RNZ's Checkpoint about the discovery of the cattle disease, and how all of the farm's cows had to be killed.

"It's really sad for me. I was getting new born calves by then. The cows had started calving at the end of July and the works wouldn't take the calves or pets.

"But this time Pet Food had come. [They] shoot the calves in the pens and I'd go back the next day and there would be blood in the pens. There were still calves alive as they were only allowed to take a certain number a day."

The rest of the cows had also been killed.

She described the discovery of the cattle disease and said she noticed some of the cows were "springing" in May 2017, which was an indicator they were ready to calve. This was worrying as it was too early in the year.

They pulled at a cow's teat and what came out "was like butter". They called the vet, who did some tests which came back negative. During this time some of the cows displayed symptoms of arthritis and struggled to walk on their front legs.

They separated the cows - 162 of 352 were affected at that time. The pushed back on the vet to make more tests.

By July 2017 it was diagnosed as Mycoplasma bovis.

"We didn't know what it was. It was the first time we had heard that word," Mrs Potgieter said.

"When we heard what it was, and how bad it was, we were shocked."

"He said it was down to management, that we didn't work properly."

After all the cows were culled they were forced to leave all of their equipment, including tractors and silage wagons, to move to Australia to look for work.

"I don't think the bank's going to be happy about this but we've been living on our credit card," Mrs Potgieter said.

She hoped the van Leeuwen Dairy Group would distribute some of their compensation if or when they received it.

"If MPI doesn't pay up soon I'm going to have to declare bankruptcy."

Of this disease she said: "If it wasn't for the vets it never would have come out."