Events leading up to Trump's announcement 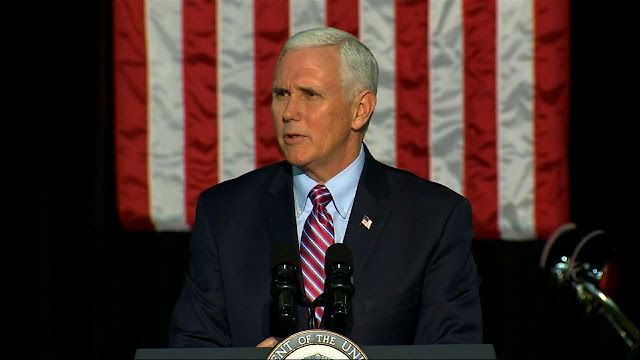 In an emotional break-up letter, president Donald Trump today canceled his summit with North Korea’s Kim Jong Un. It would be “inappropriate” to have the much-anticipated meeting, he wrote, given “the tremendous anger and open hostility displayed in [North Korea’s] most recent statement.”

Trump was referring to a statement released yesterday in the name of North Korean vice-foreign minister Choe Son Hui. That letter—arguably the real break-up letter in North Korean-US relations—takes umbrage at vice president Mike Pence’s suggestion that North Korea could end up like Libya, and describes Pence as a “dummy.” More concerning, it explicitly threatens a military attack, warning, “We can also make the US taste an appalling tragedy it has neither experienced nor even imagined up to now.”

Trump seemed to respond directly to that threat in his own letter, writing “You talk about your nuclear capabilities, but ours are so massive and powerful that I pray to God they will never have to be used.” He also rebutted Pyongyang’s claim that the US “asked for dialogue,” writing, “We were informed that the meeting was requested by North Korea but to us that is totally irrelevant.”

Trump may blame the cancellation on the North’s fiery rhetoric, but talks had already stalled earlier this week, with North Korea unable to commit to complete denuclearization. Yesterday, before the Pyongyang statement was released, Trump had said the summit “may not work out.”

Read Chloe Son Hui’s statement in full (via the AP):

At an interview with Fox News on May 21, US Vice-President Pence made unbridled and impudent remarks that North Korea might end like Libya, military option for North Korea never came off the table, the US needs complete, verifiable and irreversible denuclearisation, and so on.

As a person involved in the US affairs, I cannot suppress my surprise at such ignorant and stupid remarks gushing out from the mouth of the US vice-president.

If he is vice-president of “single superpower” as is in name, it will be proper for him to know even a little bit about the current state of global affairs and to sense to a certain degree the trends in dialogue and the climate of détente.

We could surmise more than enough what a political dummy he is as he is trying to compare the DPRK, a nuclear weapon state, to Libya that had simply installed a few items of equipment and fiddled around with them.

Soon after the White House National Security Adviser Bolton made the reckless remarks, Vice-President Pence has again spat out nonsense that the DPRK would follow in Libya’s footstep.

It is to be underlined, however, that in order not to follow in Libya’s footstep, we paid a heavy price to build up our powerful and reliable strength that can defend ourselves and safeguard peace and security in the Korean peninsula and the region.

In view of the remarks of the US high-ranking politicians who have not yet woken up to this stark reality and compare the DPRK to Libya that met a tragic fate, I come to think that they know too little about us.

To borrow their words, we can also make the US taste an appalling tragedy it has neither experienced nor even imagined up to now.

Before making such reckless threatening remarks without knowing exactly who he is facing, Pence should have seriously considered the terrible consequences of his words.

It is the US who has asked for dialogue, but now it is misleading the public opinion as if we have invited them to sit with us.

I only wonder what is the ulterior motive behind its move and what is it the US has calculated to gain from that.

We will neither beg the US for dialogue nor take the trouble to persuade them if they do not want to sit together with us.

Whether the US will meet us at a meeting room or encounter us at nuclear-to-nuclear showdown is entirely dependent upon the decision and behavior of the United States.

In case the US offends against our goodwill and clings to unlawful and outrageous acts, I will put forward a suggestion to our supreme leadership for reconsidering the DPRK-US summit.

Pence: North Korea will end like Libya only if 'Kim Jong Un doesn't make a deal'

US Vice President Mike Pence warned North Korea that it could end up like Libya if it fails to make a nuclear deal with Washington.

"There was some talk about the Libyan model last week, and you know, as the President made clear, this will only end like the Libyan model ended if Kim Jong Un doesn't make a deal," Pence said Monday.

When it was noted that the comparison could be interpreted as a threat, Pence told Fox News: "Well, I think it's more of a fact."

Previous comments, by President Donald Trump's national security adviser John Bolton, that the administration was looking at Libya as a potential example for North Korea to follow, provoked alarm in Pyongyang.

Libyan leader Moammar Gadhafi agreed to abandon his nuclear ambitions in exchange for sanctions relief in the early 2000s. Within years, Gadhafi was overthrown and killed by rebels backed by Washington. North Korea has suggested multiple times in the past that its perceived need for a strong nuclear deterrent is based on US military aggression in the Middle East and elsewhere.

Bolton's comments, a North Korean official told state media, were indicative of "an awfully sinister move to impose on our dignified state the destiny of Libya or Iraq which had been collapsed due to yielding the whole of their countries to big powers."

"This is the President Trump model. He's going to run this the way he sees fit. We're 100% confident, as we've said many times before, as I'm sure you're all aware, he's the best negotiator and we're very confident on that front," she added.

On Monday, Pence said that under Trump's leadership, the US "is not going to tolerate the regime in North Korea possessing nuclear weapons and ballistic missiles that threaten the United States and our allies."

Trump is scheduled to sit down with Kim in Singapore in June, however, in recent weeks North Korea has threatened to cancel the talks if it is pushed "into a corner" regarding nuclear disarmament.

"The reality is that we hope for a peaceable solution," Pence said. "The President remains open to a summit taking place, and will continue to pursue that path even while we stand strong on the objective of denuclearization and the extreme pressure campaign that's underway today."

Shoring up the Singapore summit will be top of the agenda for South Korean President Moon Jae-in Tuesday, when he meets with Trump in Washington.
Moon has been the main driver of diplomatic engagement with Pyongyang, both by Seoul and Washington. Analysts said this was due to a concern over the potential for Trump to launch a military attack against North Korea which could plunge the Peninsula into war.

"(Moon is) very concerned about the possibility of backsliding into 'fire and fury'," said Robert Kelly, a professor of political science at South Korea's Pusan National University, adding the South Korean leader will be trying to "keep Trump tied to the diplomatic track."

The first big test of where things are will come this week, when North Korea is due to destroy the Punggye-ri nuclear test site, in full view of international journalists. Calling off that event, praised by Trump as a show of good faith, would be a major blow to ongoing negotiations.

So far, signs seem positive that the plans will go ahead: Journalists, including a CNN crew, left Beijing for the North Korean city of Wonsan Tuesday, from where they will head by train to the nuclear test site.


U.S. will not make concessions to N. Korea before verifiable, irreversible denuclearization: Pence


North Korea has dismantled its nuclear test site at Punggye-ri, according to RT’s Igor Zhdanov, who is part of a journalist pool that witnessed the event.

According to Zhdanov, the journalists were shown three of four tunnels used for nuclear tests at the site. One of them, the northern tunnel, had been used extensively for recent nuclear testing, he said.

North Korea has dismantled its nuclear test site at Punggye-ri, according to RT’s Igor Zhdanov, who is part of a journalist pool that witnessed the event.

According to Zhdanov, the journalists were shown three of four tunnels used for nuclear tests at the site. One of them, the northern tunnel, had been used extensively for recent nuclear testing, he said.