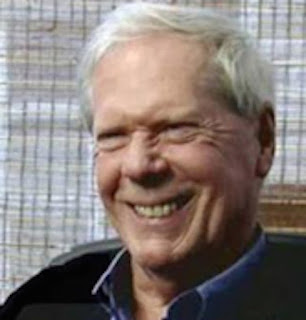 This is the lecture I would have given if I had been able to accept the invitation to address the St. Petersburg Economic Conference in Russia this weekend.

Executive Summary:  From the standpoint of Russia’s dilemma, this is an important column.  Putin’s partial impotence via-a-vis Washington is due to the grip that neoliberal economics exercises over the Russian government. Putin cannot break with the West, because he believes that Russian economic development is dependent on Russia’s integration within the Western economy.  That is what neoliberal economics tells the Russian economic and financial establishment.

Everyone should understand that I am not a pro-Russian anti-American.  I am anti-war, especially nuclear war.  My concern is that the inability of the Russian government to put its foot down is due to its belief that Russian development, despite all the talk about the Eurasian partnership and the Silk Road, is dependent on being integrated with the West. This totally erroneous belief prevents the Russian government from any decisive break with the West.  Consequently, Putin continues to accept provocations in order to avoid a decisive break that would cut Russia off from the West.  In Washington and the UK this is interpreted as a lack of resolve on Putin’s part and encourages an escalation in provocations that will intensify until Russia’s only option is surrender or war.

If the Russian government did not believe that it needed the West, the government could give stronger responses to provocations that would make clear that there are limits to what Russia will tolerate.  It would also make Europe aware that its existence hangs in the balance.  The combination of Trump abusing Europe and Europe’s recognition of the threat to its own existence of its alignment with an aggressive Washington would break the Western alliance and NATO.  But Putin cannot bring this about because he erroneously believes that Russia needs the West.

May 26, 2018 "Information Clearing House" - If the neoconservatives had self-restraint, they would sit back and let America’s Fifth Column—Neoliberal Economics—finish off Russia for them. Russia is doomed, because the country’s economists were brainwashed during the Yeltsin years by American neoliberal economists. It was easy enough for the Americans to do. Communist economics had come to naught, the Russian economy was broken, Russians were experiencing widespread hardship, and successful America was there with a helping hand.

In reality the helping hand was a grasping hand. The hand grasped Russian resources through privatization and gave control to American-friendly oligarchs. Russian economists had no clue about how financial capitalism in its neoliberal guise strips economies of their assets while loading them up with debt.
But worse happened. Russia’s economists were brainwashed into an economic way of thinking that serves Western imperialism.
For example, neoliberal economics exposes Russia’s currency to speculation, manipulation, and destabilization. Capital inflows can be used to drive up the value of the ruble, and then at the opportune time, the capital can be pulled out, dropping the ruble’s value and driving up domestic inflation with higher import prices, delivering a hit to Russian living standards. Washington has always used these kind of manipulations to destabilize governments.
Neo-liberal economics has also brainwashed the Russian central bank with the belief that Russian economic development depends on foreign investment in Russia. This erroneous belief threatens the very sovereignty of Russia. The Russian central bank could easily finance all internal economic development by creating money, but the brainwashed central bank does not realize this. The bank thinks that if the bank finances internal development the result would be inflation and depreciation of the ruble. So the central bank is guided by American neoliberal economics to borrow abroad money it does not need in order to burden Russia with foreign debt that requires a diversion of Russian resources into interest payments to the West.
As Michael Hudson and I explained to the Russians two years ago, when Russia borrows from the West, the US for example, and in flow the dollars, what happens to the dollars? Russia cannot spend them domestically to finance development projects, so where do the dollars go? They go into Russia’s foreign exchange holdings and accrue interest for the lender. The central bank then creates the ruble equivalent of the borrowed and idle dollars and finances the project. So why borrow the dollars? The only possible reason is so the US can use the dollar debt to exercise control over Russian decision making. In other words, Russia delivers herself into the hands of her enemies.

Indeed, it is the Russian government’s mistaken belief that Russian economic development is dependent on Russia being included as part of the West that has caused Putin to accept the provocations and humiliations that the West has heaped upon Russia. The lack of response to these provocations will eventually cause the Russian government to lose the support of the nationalist elements in Russia.

Putin is struggling to have Russia integrated into the Western economic system while retaining Russia’s sovereignty (an unrealistic goal), because Putin has been convinced by the element in the Russian elite, which had rather be Western than Russian, that Russia’s economic development depends on being integrated into the Western economy. As the neoliberal economic elite control Russia’s economic and financial policy, Putin believes that he has to accept Western provocations or forfeit his hopes for Russian economic development.

The US has the largest public debt of any country in history. The US has the largest trade and budget deficits of any country in history. The US has 22 percent unemployment, which it hides by not counting among the unemployed millions of discouraged workers who, unable to find jobs, ceased looking for jobs and are arbitrarily excluded from the measure of unemployment. The US has a retired class that has been stripped of any interest payment on their savings for a decade, because it was more important to the Federal Reserve to bail out the bad loans of a handful of “banks too big to fail,” banks that became too big to fail because of the deregulation fostered by neoliberal economics. By misrepresenting “free trade” and “globalism,” neoliberal economics sent America’s manufacturing and tradeable professional skill jobs abroad where wages were lower, thus boosting the incomes of owners at the expense of the incomes of US wage-earners, leaving Americans with the lowly paid domestic service jobs of a Third World country. Real median family income in the US has been stagnant for decades. The Federal Reserve recently reported that Americans are so poor that 41 percent of the population cannot raise $400 without selling personal possessions.

Young Americans, if they have university educations, begin life as debt slaves. Currently there are 44,200,000 Americans with student loan debt totalling $1,048,000,000,000 — $1.48 trillion!https://studentloanhero.com/student-loan-debt-statistics/

In the US all 50 states have publicly supported universities where tuition is supposed to be nominal in order to encourage education. When I went to Georgia Tech, a premier engineering school, my annual tuition was less than $500. Loans were not needed and did not exist.

What happened? Financial capitalism discovered how to turn university students into indentured servants, and the university administrations cooperated. Tuitions rose and rose and were increasingly allocated to administration, the cost of which exploded. Today many university administrations absorb 75% of the annual budget, leaving little for professors’ pay and student aid. An obedient Congress created a loan program that ensnares young American men and women into huge debt in order to acquire an university education. With so many of the well-paying jobs moved offshore by neoliberal economics, the jobs available cannot service the student loan debts. A large percentage of Americans aged 24-34 live at home with parents, because their jobs do not pay enough to service their student loan debt and pay an apartment rent. Debt prevents them from living an independent existence.

In America the indebtedness of the population produced by neoliberal economics—privatize, privatize, deregulate, deregulate, indebt, indebt—prevents any economic growth as the American public has no discretionary income after debt service to drive the economy. In America the way cars, trucks, and SUVs are sold is via zero downpayment and seven years of loans. From the minute a vehicle is purchased, the loan obligation exceeds the value of the vehicle.

Consequently, his debt from seven years at the University of Southern California grows by $130 per day. In two decades, his loan balance will be $2 million. https://www.wsj.com/articles/mike-meru-has-1-million-in-student-loans-how-did-that-happen-1527252975

If neoliberal economics does not work for America, why will it work for Russia? Neoliberal economics only works for oligarchs and their institutions, such as Goldman Sachs, who are bankrolled by the central bank to keep the economy partially afloat. Washington will agree to Russia being integrated into the Western system when Putin agrees to resurrect the Yeltsin-era practice of permitting Western financial institutions to strip Russia of her assets while loading her up with debt.

I could continue at length about the junk economics, to use Michael Hudson’s term, that is neoliberal economics. The United States is failing because of it, and so will Russia.

John Bolton and the neocons should just relax. Neoliberal economics, which has the Russian financial interests, the Russian government and apparently Putin himself in its grip, will destroy Russia without war.

Posted by seemorerocks at 15:33