Tommy Robinson's supporters clash with police over his imprisonment

Hundreds of far-right protesters have descended on Whitehall to demonstrate against Tommy Robinson’s arrest for 'breaching the peace' outside a courthouse.

Whitehall had to be closed to traffic as a huge group gathered outside Downing Street on Saturday afternoon, chanting Mr Robinson’s name.

It comes after the founder of the English Defence League was apprehended by police while streaming a Facebook live video outside a grooming trial in Leeds on Friday morning.

In the footage, he can be seen being led to the back of a van and asking “Am I being arrested? I'm 'causing a breach of peace'...I'm being arrested for breaching the peace.”


This was a previous event on May 7.

THOUSANDS March Through Whitehall With Tommy Robinson For Free Speech

Look in vain for any mention of this on the BBC 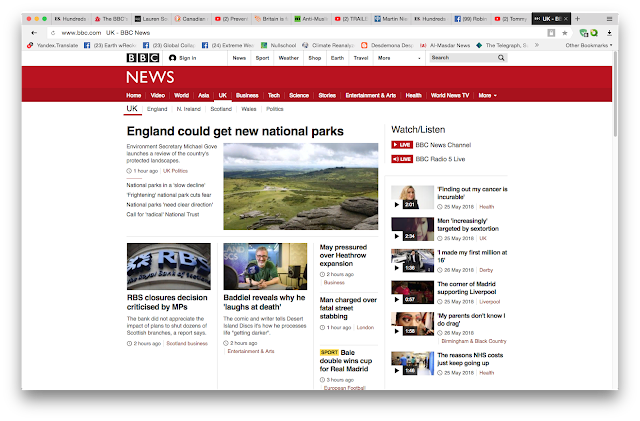 The headline changed from 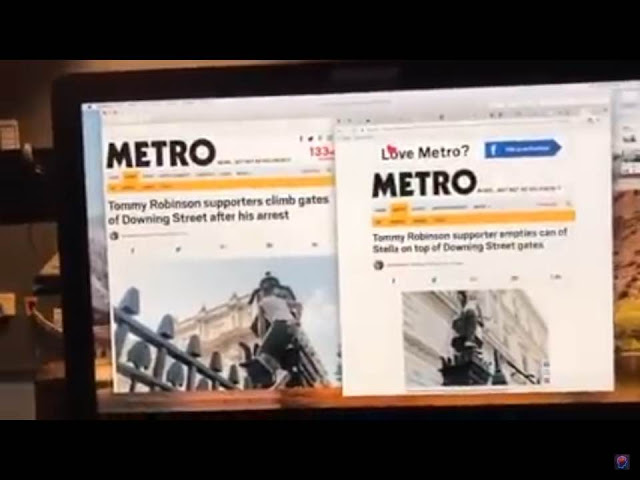 Far-right protesters climbed the gates of Downing Street today to demonstrate against Tommy Robinson’s arrest outside a grooming trial.

One man made it all the way to the top and was pictured emptying a can of Stella Artois right on to Theresa May’s backyard.

Hundreds of the notorious figure’s supporters chanted his name and shouted ‘shame on you’ as police were forced to close Whitehall.

The co-founder of EDL was led away by police outside Leeds Crown Court yesterday for allegedly breaching the peace. His fans fear he may be jailed again as he’s already under a suspended sentence over contempt of court at a gang rape trial in Canterbury last year.

He showed men entering the court on Facebook until officers told him to stop. The incident has spread fury among far-right activists, who turned up in force at Downing Street this afternoon to show Robinson their support.

Footage shows the large group waving St George flags as several men make their way to the top of the gates and pump their fists at onlookers.

Scotland Yard told Metro.co.uk the protest, which later moved to Parliament Square, was under control and no arrests were made.

However, photos show dozens of officers wrestling with supporters as they push towards the gates. Nearly 90,000 people have now signed a petition to ‘Free Tommy Robinson’ in just 24 hours.

A video of yesterday’s incident shows Robinson being led away by police. He’s heard asking one of his supporters:

‘Can you get me a solicitor?

‘This is ridiculous, I haven’t said a word. I’ve done nothing.’

He’s then filmed asking the police officers if he’s being arrested on ‘contempt of court’.

Before he’s bundled into the van, he says:

‘Someone laid their hand and assaulted me outside court. ‘

Other people have sworn at me and threatened me about my mother and here I am being arrested for saying nothing.’

People or newspapers can be in ‘contempt of court’ when they create a ‘substantial risk’ of prejudicing on ongoing court case.

It is a criminal offence that can land people in jail. 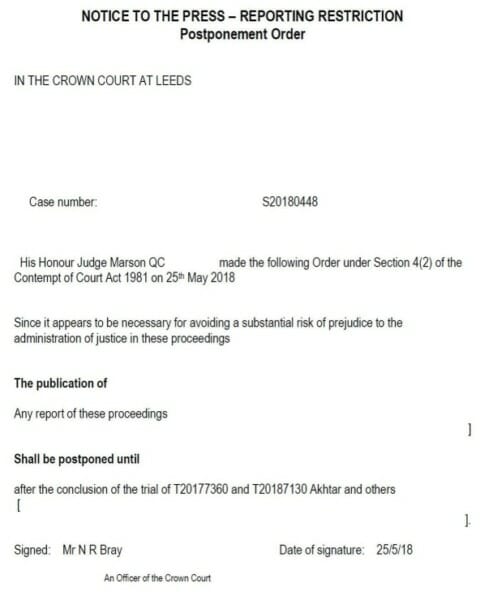