Officials in Hawaii County have been going door-to-door on several streets in the Leilani Estates subdivision on The Big Island, warning residents to flee as fast-moving lava from the Kilauea volcano coursed towards the area. Despite being under an evacuation order, several residents have been holding out and refusing to leave their homes.

Lava has destroyed at least 82 structures, including 37 homes - while just hours after authorities went door-to-door, an explosive eruption shot a plume of ash over 14,000 feet into the air according to the U.S. Geological Survey. 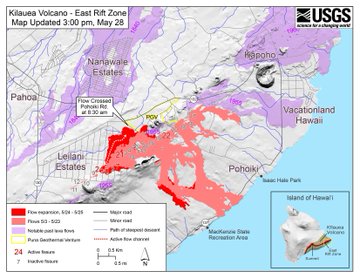 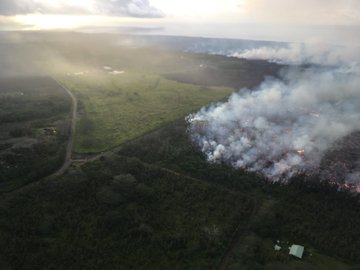 The plume was "largely vertical with slight northwest drift," the agency said on Twitter, and people in the area "may experience ash fall" as a result.
"Kind of disturbingly, some people just refused to leave," said Civil Defense Administrator Talmadge Magno. "We had one gentleman that had to be kind of rescued. His only way out was through his back door and through the forest." 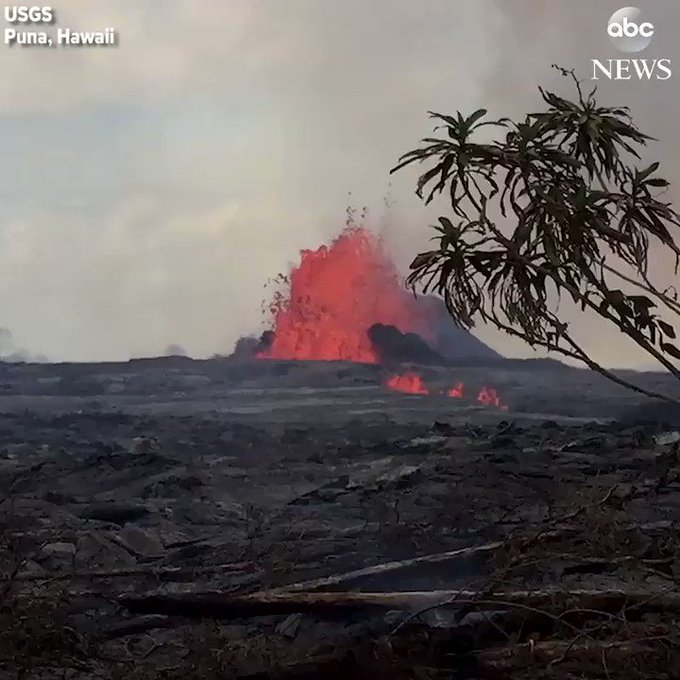 Lava is seen erupting from a fissure in Puna, Hawaii, as residents in surrounding areas are told to evacuate immediately due to fast-moving lava flow. https://abcn.ws/2IOrDLE 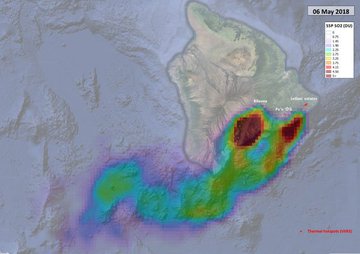 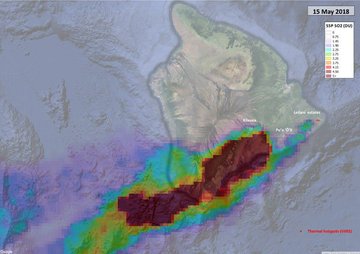 Monitoring #Kīlauea eruption from space, #Sentinel5P detected sulphur dioxide (SO2) emissions & lava (hot spots) coming out the volcano. The 2 images show SO2 emissions on 6 and 15 May: http://bit.ly/2LEqvIl

Meanwhile, a 4.5 magnitude earthquake hit the Hilina region of Kilauea volcano situated southwest of the Leilani Estates, according to the Pacific Tsunami Warning Center on Oahu. The earthquake was preceded by between 250 and 270 earthquakes at Kilauea’s summit over the weekend, with four explosions on Saturday sending ash to altitudes as high as 12,000-15,000 feet, said Stovall and National Weather Service meteorologist John Bravender.


Of great concern has been the Puna Geothermal Venture (PGV) plant, where which molten lava has already reached, covering two wells. Authorities believe the lava has stopped, however, and that the power plant itself will be safe.


"Lava flow from fissures 7 and 21 crossed into PGV property overnight and has now covered one well that was successfully plugged. That well, along with a second well 100 feet away, are stable and secured, and are being monitored. Also due to preventative measures, neither well is expected to release any hydrogen sulfide," it said. 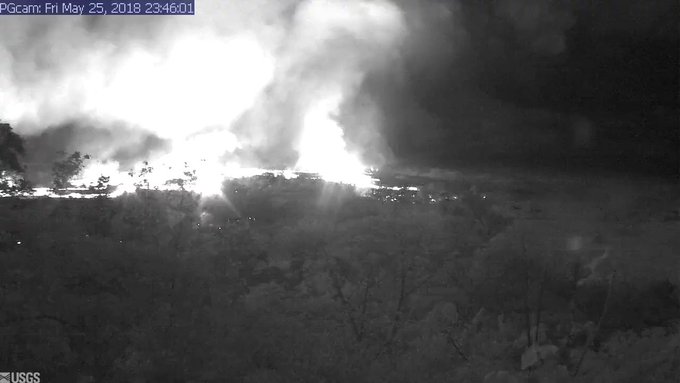 While residents flee the volcano, businesses which depend on its usually less-destructive splendor are suffering amid the closure of Hawai’i Volcanoes National Park- home to Kilauea.

“There's no way to tell how long the park will be closed,” said public affairs specialist Jessica Ferracane, “but we will remain closed until it's safe to reopen.”

On Monday, the National Park Service reported that the closure of the park alone could cost the local economy $166 million. (The park contributed that amount to the local economy, according to a National Park System report measuring what park visitors typically spend in local areas near parks, including hotels, restaurants, grocery stores and rental cars, in 2017.)

A National Park System economist, Lynne Koontz, though, believes that the most precise way to measure the impact the park's closure will have on the local economy is by breaking down the annual figure into a daily average — $455,000 per day — and  multiplying that by the number of days the park has been closed. After 17 days, that added up to $7.3 million. -NYT


At least three major cruise lines - Princess Cruises, Norwegian Cruise Line and Royal Caribbean, have canceled a stop at the Big Island, while several airlines have reported Hawaii-bound seat cancellations according to Hawaii Tourism Authority CEO George Szigeti. Both Hawaiian and Japan Airlines, however, said that all flights were operating as scheduled, though Hawaiian Airlines experienced a "moderate drop in bookings for close-in travel to the island of Hawaii," according to the NYT.

According to Ross Birch, executive director of the Island of Hawaii Visitors Bureau, lodging and tour bookings are down 50% for May to July.

Hotels and authorities are desperately trying to reassure guests the Big Island is safe. They point out that the island is as big as Delaware and Rhode Island combined, and the lava flows are more than 30 miles away from most tourist areas. -USA Today