Latest is that the administration has caved in and is sending a hospital ship to Puerto Rico after sitting on their hands for five days. 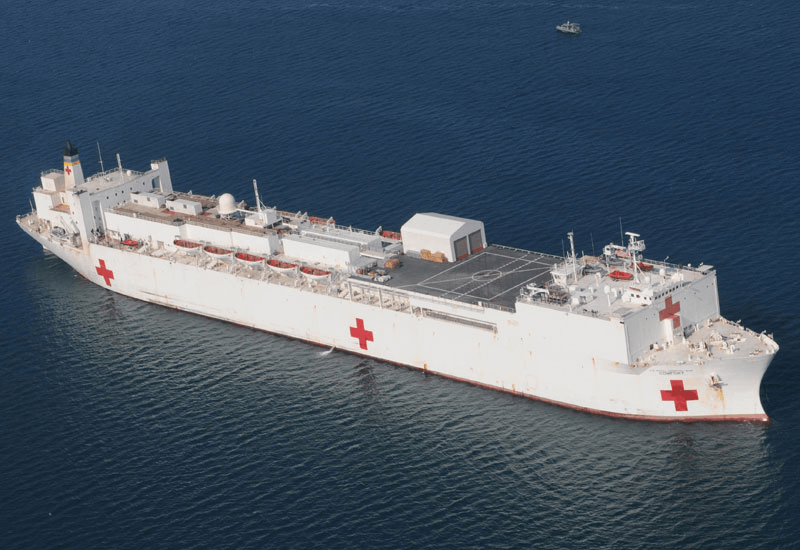 
"A ship in harbor is safe, but that is not what ships are built for."

She’s the size of a 20th century supertanker. Indeed, she was a supertanker — the SS Rose City — until purchased by the Navy in 1987 and converted to serve her current lifesaving mission. She and her sister ship in the Pacific, USNS Mercy, are among the rare few assets of the obscenely wealthy US military devoted exclusively to saving, rather than to taking, lives.

But today, as Puerto Rico and its 3.4 million American citizens slowly die with the island’s hospitals without power and in ruins, Comfort remains snugly berthed in her home port of Norfolk, Virginia.

Why? Because, according to a Pentagon spokesperson, it just won’t fit.

Thomas LaCrosse, the Pentagon’s director of defense support to civil authorities, said U.S. officials discussed deploying the USNS Comfort to Puerto Rico over the weekend but decided that it should stay in Norfolk because it could not get close enough to any port to avoid using helicopter support to get patients to and from the hip.

True enough, the behemoth ship’s deep draft of 30+ feet bars it from San Juan harbor’s 32 to 35 foot channels even at the best of times (and these are far from San Juan’s best times). But, unmentioned in the WaPo article quoted above, that’s nothing new for the Comfort, which routinely anchors a mile or two offshore to serve disaster sites, as it did following Haiti’s devastating earthquake or, again, as it fearlessly did in 2007 in the teeth of a “storm of a decade” off Corinto, Nicaragua, where it anchored 1.5 miles offshore to receive patients. It is such a common fact in the life of this ship of mercy that militaryfactory.com notes as a mere aside that

Comfort has a deep draft and, in many ports, she has to stand offshore at least a mile. To receive wounded, Comfort has a large day-and-night helo pad.

Puerto Ricans, like all other American citizens, should be deeply chilled by the Trump administration’s stubborn refusal to deploy the Comfort, buttressed by such a transparently flimsy excuse. Because if they’re lying about the reason for their decision, then we must ask what the real reason is...and the answer is terrifying.

It can only be this: Trump intends to abandon Puerto Rico at the first opportunity, leaving its 3.4 million American citizens in their current Stone Age hell forever.

Yes, the U.S. military is currently mounting an impressive (if still woefully inadequate) “air bridge” between the mainland and San Juan using National Guard C-130 Hercules cargo planes from around the U.S. But the convenient thing about even such gigantic cargo planes is that they can disappear quietly once the government loses its commitment to their mission. They’re constantly flying in and out of San Juan right now — who but the helpless and voiceless will notice on the day that 10 fly out, but only 9 return with more supplies? And then 8. And then 6. And, finally, none. In contrast, a gigantic snow-white ship of mercy weighing anchor and steaming off over the horizon, never to return, is damn hard for anyone to miss.

Trump is leaving the Comfort safe in Norfolk’s harbor because he does not intend to devote the years of effort, and the hundreds of billions of dollars, it will require to lift Puerto Rico back out of the Stone Age. And he doesn’t want to make that too obvious when the quiet pull-out soon begins.

UPDATED: As of 3:30 PM Eastern, NBC is now quoting FEMA administrator Brock Long announcing, in a reversal of last night’s DOD comments, that USNS Comfort has just been ordered to sail for Puerto Rico. For those who are wondering, Comfort is normally required to be able to sail within 5 days after receiving the order, although it has occasionally done so within 3 days (there are about one thousand mostly civilian medical personnel + merchant seamen to mobilize, plus enormous stores of perishable medical supplies to load, plus all the usual ship’s stores to support a full complement of 2,000 souls). Comfort’s top speed is about 20 MPH, and it is (very roughly) about 1,200 miles from Norfolk to San Juan. So we’re looking at another 6-8 days before it arrives in Puerto Rican waters. 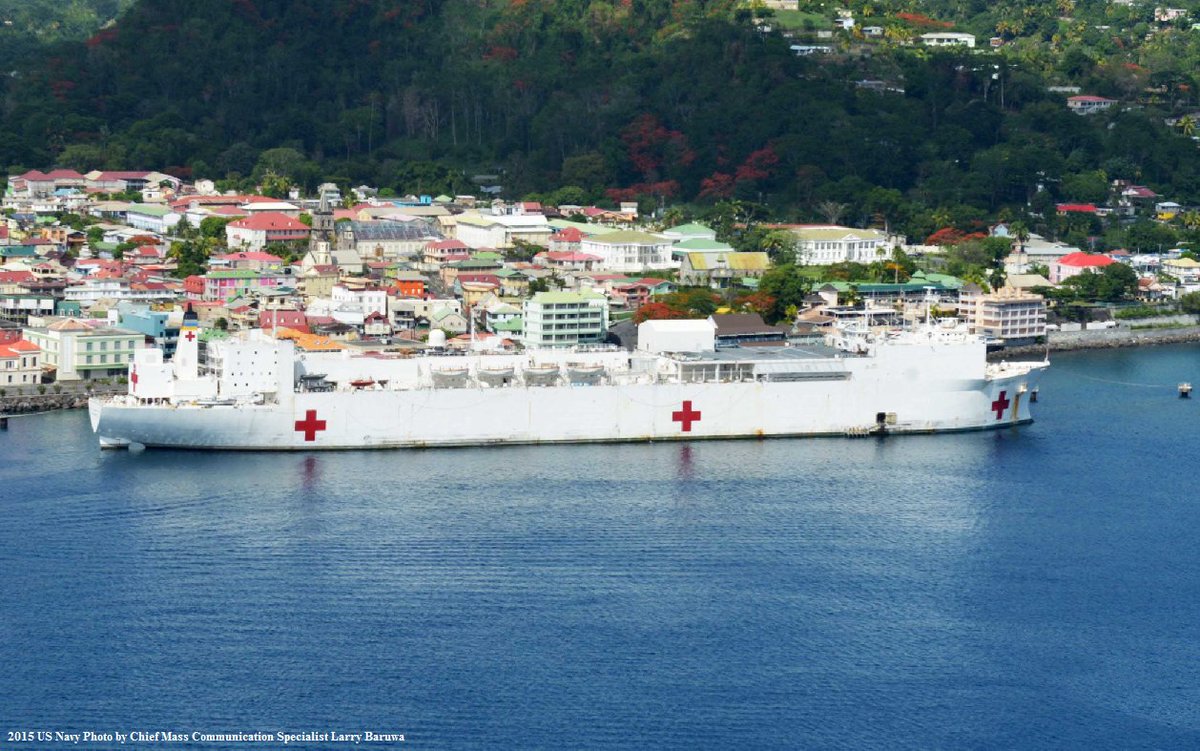 May God richly bless, watch over, and guide the nearly 1,000 souls who are now being feverishly mobilized to sail and staff this angel of mercy.

We did it, folks. We shamed the shitgibbon into action. Thank you all.

Just don’t stop. There’s so much more to do. Keep the pressure on.