According to the National Hurricane Center, Maria's projected course has taken a more westerly shift; likely causing actual LANDFALL in the Outer Banks of North Carolina, then skimming up the coast toward Chesapeake Bay, the slightly out to sea along the New Jersey coast and turning east into the ocean near New York City. Below is the latest "cone of uncertainty: 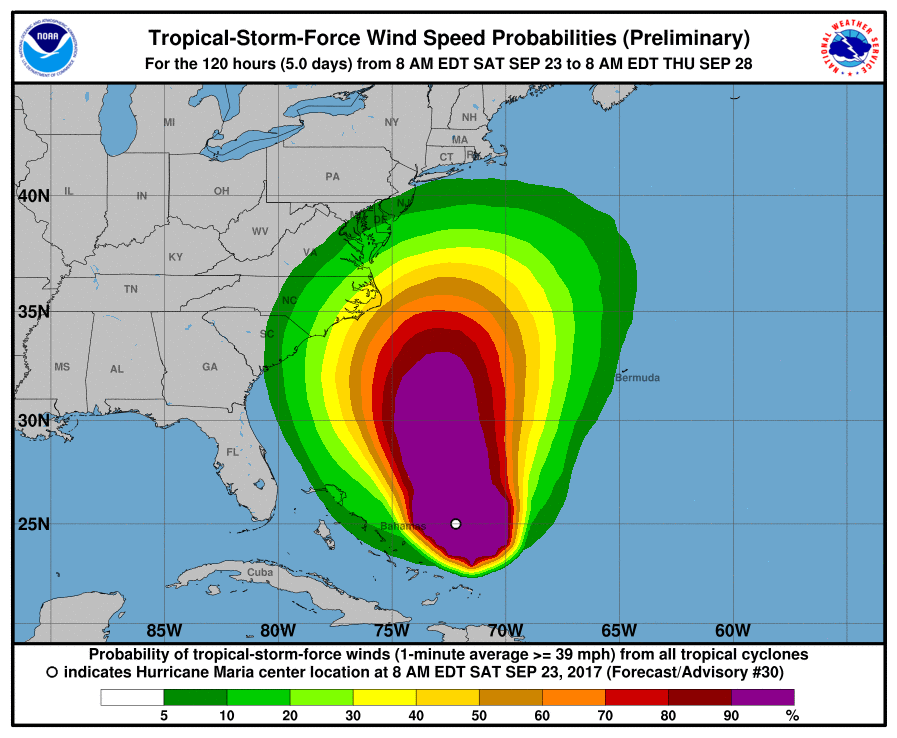 Here is the TIME SCHEDULE which is now being forecast: Less than TWO DAYS until impact along the US East Coast! 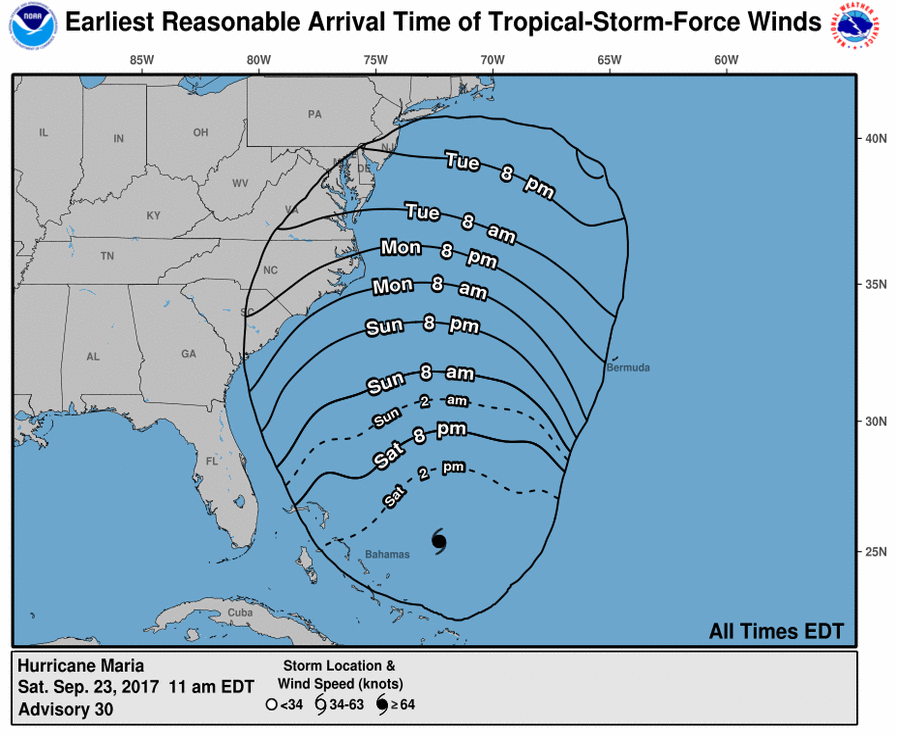 Maria is still a Category 3 hurricane, and, to be blunt, she's a big, vicious bitch, too!  Here's a satellite photo from September 23 at about 1:00 PM eastern US time:

Sometimes satellite photos from 22,000 miles away cannot truly convey how massive such storms are, but these photos from an Astronaut aboard the International Space Station which is only about 110 miles away, show this storm as the beast it truly is:

Take a look at the computer forecast models in the image below:

COMPUTER MODELS CAN BE WRONG.  Prudence dictates that folks in North Carolina, Virginia, eastern Maryland, Delaware, New Jersey and the five boroughs of New York City, pay VERY CLOSE ATTENTION to the track of this storm and begin making initial preparations for severe weather.
Don't make the same mistakes that people in Houston and Florida made.  A lot of them waited until a day before the storm actually struck, to try to get emergency supplies.  Many of those people found themselves staring at EMPTY SUPERMARKET SHELVES and EMPTY GAS STATIONS.  Don't be like them; start preparing right now.
Based on the time schedule shown above, coastal areas along the US East Coast are less than 72 hours away from the effects of Hurricane Maria.  Prepare NOW!