The nuclear clock is ticking 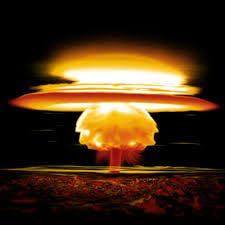 If Trumps thrashes the Iran nuclear deal, there could not be a more graphic message to the DPRK; any negotiation with Washington is usхeless.

And that would also clear the way for – horror of horrors – nuclear war.

Trump has already, explicitly, said (and tweeted) diplomacy means nothing. He’s bound to destroy the DPRK (what all that implies; millions of “collateral damage”, North AND “our ally” in the South).

Phase 1 of the pys ops is already accomplished; labeling Kim and the DPRK as “evil” and “mad”. Phase 2 is a go; that “set of military options” already advertised by Mad Dog.

So now the nuclear clock depends on whether the DPRK gets a nuclear-armed ICBM capable of striking the continental US before sanctions really start to bite.
Make no mistake; a US PREEMPTIVE NUCLEAR STRIKE is very much on the table.

Even after Beijing said China will intervene in support of Pyongyang. And even after Moscow (via Lavrov) said the US won’t attack.

In parallel though, allegedly “serious” places such as the US-Korea Institute at Johns Hopkins/SAIS (actually an exceptionalist den) are breathlessly peddling the notion of “a thorough and well-planned nuclear strike drawing on US strategic forces” that “might well successfully disarm the DPRK and paralyze its command and control”.

The operative concept is “NUCLEAR.” And note the cowardly “might well successfully”. Or might NOT – and retaliation will be a bitch.

One of the most argued issues in the media, in the Iranian context, is the debate regarding October 15th. On that date, the US administration is required to report to the congress on Iranian compliance with the nuclear deal for the third time. Many see a potential turning point. The pro-deal lobbyists have upped their pressure 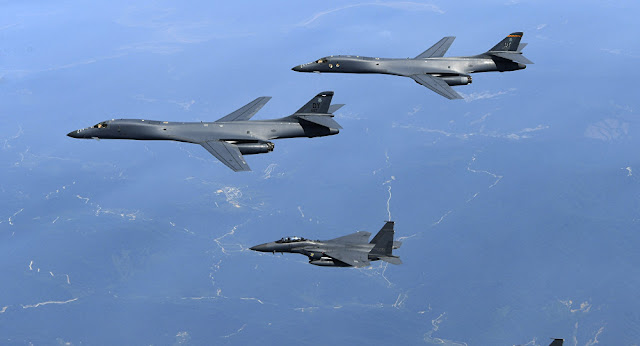 Hours after it was revealed South Korean President Moon Jae-in sanctioned supersonic US B-1B Lancers to fly north of the demilitarized zone off the North Korean coast, a former US general said the Pentagon estimates 20,000 people would be killed per day in South Korea should war break out on the peninsula, CNBC reports.

US President Donald Trump vowed the US would “totally destroy” North Korea in an armed conflict, but the profile of that conflict created by analysts within his own DoD finds it wouldn’t be like the invasion of Iraq or Afghanistan, or the combat operation to remove Muammar Gaddafi from leadership in Libya, where armed opposition to US forces was meek.
"It wouldn’t remotely resemble" those conflicts, retired US Air Force Brig. Gen. Rob Givens told the Los Angeles Times Monday. According to Givens, internal Pentagon forecasts put the death toll at 20,000 per day in South Korea; the figure that does not include casualties inflicted upon North Korea’s population of 27 to 28 million people.
"Obviously North Korea is a threat," Defense Department spokesman Lt. Col. Christopher Logan said Monday.
The bombers took off Saturday night and flew further north than any US Air Force warplane has flown since the turn of the century, according to the Pentagon.
"Moon received a briefing about the plan during his stay in New York" where South Korean and US officials reached an agreement about the status of the operation to send the bombers further north, an official from Chong Wa Dae ("The Blue House"), South Korea’s presidential residence, told The Korea Times.
The show of force, which included South Korean F-15 fighter escorts, was intended to demonstrate "US resolve" and communicate "a clear message" that Trump "has many military options to defeat any threat," DoD spokeswoman Dana White said in a statement following the flights.