First-and account of murder by federal authrorities in Houston, TX

"My Time At Hurricane Harvey"

Sam Hancock, or Showebby is perhaps an unlikely source fpr what is happening down in Texas. The liberals will be shouting that he is a member of a right wing militia and therefore totally unworthy of listening to (I have no doubt some liberal fascists might have a bullet in the head in mind for him).

There will be those who say Texas is racist and cliamte change denying and therefore not worthy of any consideration and deserved what was coming to them.

I would be hard for ne to express my hatred and disdain for these people.

It is unfortunate that someone who is an activist and talks about weather wars, Nibiru and the like but I took the time to listen to what he had t say and after hearing about the terrible things that went down after Katrina and Sandy have no doubt what he I saying is true.

Clearly I do not agree with 'weather wars' and other claims but this does not detract in the least, in my opinion,  from his clearly-sincere witness statement.

He talks about his experiences in Houston where he witnessed looting (including someone on a jetski with two pistols shooting into people’s homes), gunfights and complete lawlessness.

Most importantly he talks about what he describes as a ‘civil war’ being fought between Texans who were trying to help their own and Federal officials from FEMA, the State Department and elsewhere trying to shit things down.

Most alarmingly he talks about the Feds releasing a dam (something that had to happen) while they did not evacuate anyone and closed the roads.

His estimation is that thousands of bodies were washed out to see, including people that had ben shot.

Below is a website with photos of missing people being searched for by loved ones.

I recommend that you take time to listen to this witness account which concurs with what many are saying while this information is being supprssed by everybody. 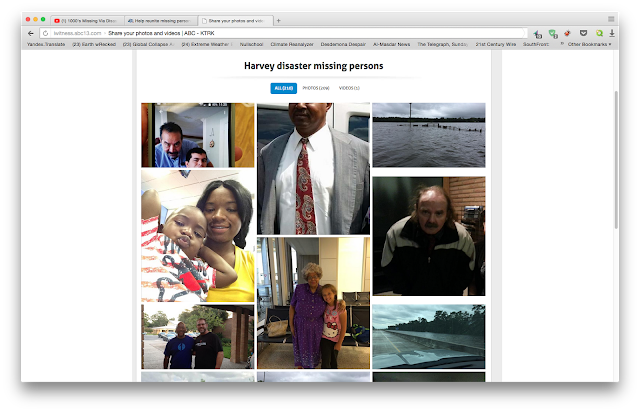 Help reunite missing persons with their loved ones

Here is threee hours of his Facebook Live reports from the ground in Houston.

This is a video he made in response to detractors giving further information and proof of what he saw.

Now questions should be asked about the people of Puerto Rico. There is not only an eectricty blackout on the ground, but also a near complete nes blackout. 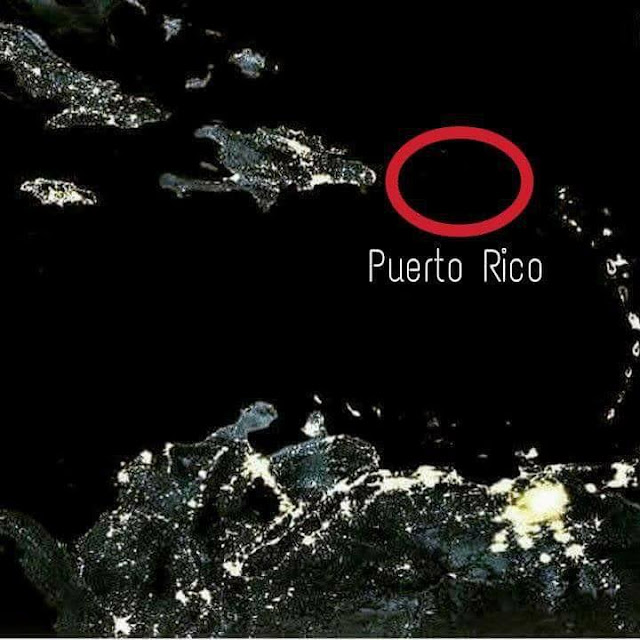 
Days after Hurricane Maria passed over the island and made its way west toward the Dominican Republican, Puerto Rico is still struggling with the initial response to the storm – rescuing people stranded in remote villages, and moving thousands into government shelters. Meanwhile the island’s first responders are making due without electricity, gas or cell phone service after the storm dealt a knockout blow to its infrastructure.

In what was perhaps the most destructive blow to the island’s aging infrastructure, the NWS warned Friday that the Guajataca Dam in northwest Puerto Rico would soon fail, prompting the agency to issue a flash flood emergency warning for Isabela and Quebradillas municipalities. Now, authorities are scrambling to evacuate the residents of the river valley below the dam before their communities are entirely submurged. If the authorities don’t act quickly, “thousands could die” one official in charge of the rescue response said.
Posted by seemorerocks at 14:13