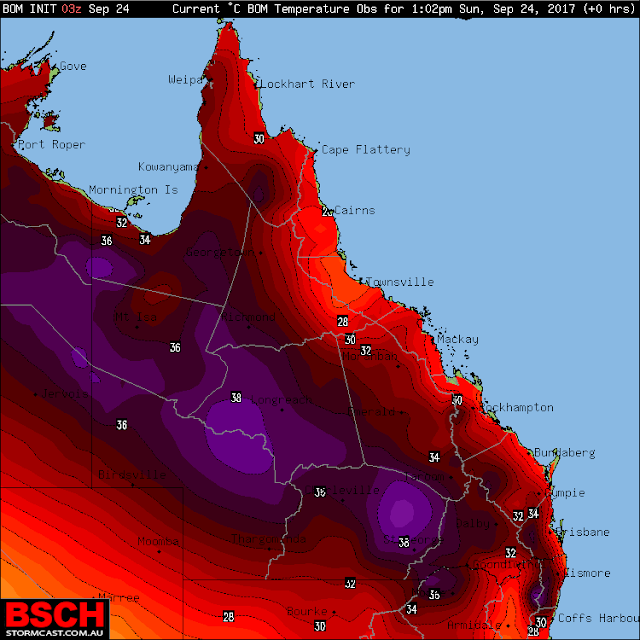 The main highway between Sydney and Canberra was cut by a bushfire and parts of New South Wales reached 40 degrees Celsius in September for the first time on record.

The New South Wales Rural Fire Service (RFS) said the blaze at Paddy's River, near Wingello, crossed the highway but the threat to property had eased. It was downgraded to Advice level at 6:00m.

After several hours of closure about 160 kilometres west of Sydney and east of Canberra, the Hume Highway has reopened.

A total fire ban will be in place again for many parts of NSW tomorrow.

Meanwhile, temperature records are being broken as the east coast swelters through a heatwave.

In Sydney's west, it was 36.4C at Richmond, and records were set in other parts of the state.

Northern Victoria and south-western NSW experienced above-average temperatures, with hot north-westerly winds turning gusty west-south-westerly on Saturday afternoon and bringing possible dust storms and damaging winds.
The hottest September day on record in New South Wales was set in 2004 at 39.6C, however Andrew Hague from the Bureau of Meteorology (BOM) said several towns had reached 40C and beyond.

Hot and dry conditions also affected Queensland, where Birdsville reached a top of 41.6C, while in Victoria, Mildura is expected to record its hottest September day on record, reaching 37.7C.

In Queensland, Thargomindah had its hottest September day on record, hitting 40.4 degrees while everywhere west of Roma experienced temperatures 12 to 14 degrees above average.

The heat is expected to push further east on Sunday ahead of a trough, with more temperature records likely to all.

The mercury at Tibooburra, in north-western NSW, reached about 39C and Mavis Jackson from the Granites Hotel told ABC News it was miserable and dusty.
"Very, very dusty even inside on the floor blowing in at the moment, it's all dust so it's not a real pleasant type of atmosphere here just at present," she said.

PHOTO: Bondi Beach, in Sydney's east, was a popular place to escape the heat. 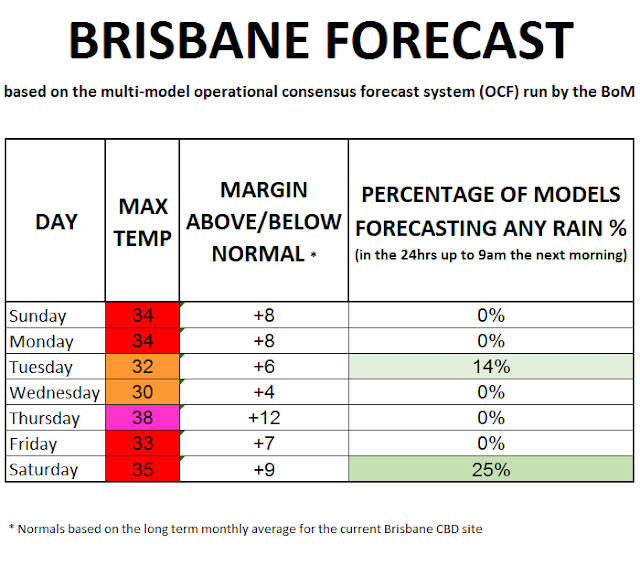 Just when you think it couldn't get any worse, check out Thursday's max temp for Brisbane currently suggested by the average of the main models!

*IF* that max temp is reached, it would break the all-time record for hottest Sep max temp in Brisbane & would also be 8C hotter than our average midsummer max temp.

However trying to predict max temps for Brisbane on hot days can often be VERY hard because they depend heavily on if/when a seabreeze can come in.

State heat records for Sep have also already been broken in NSW and VIC.

Record breaking hot weather around Australia
THEY predicted this spring would go down in history in Australia, and they were dead right. RECORDS are tumbling around the country as the forecast spring scorcher lived up to its billing.

People living in NSW are already feeling the heat with a first ever 40C September day registered in the state.

Climatologist Andrew Watkins said Victoria had also experienced a new state record, with a top of 37.7C in Mildura. 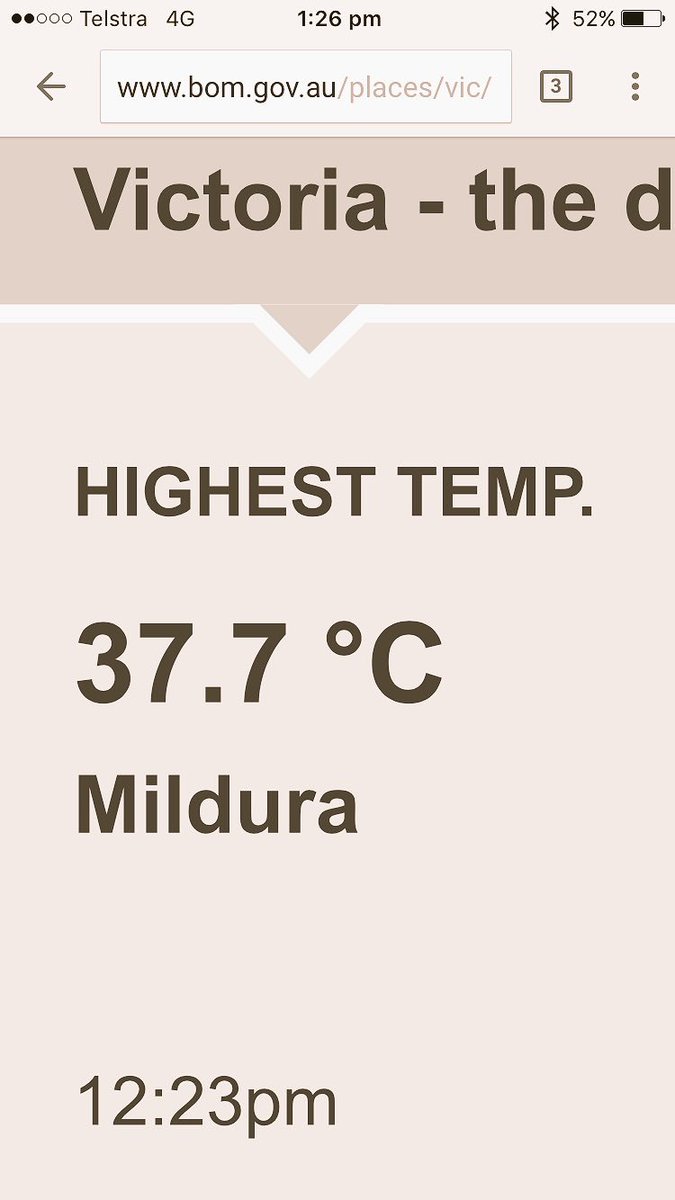 Sydney topped out at 32.2 degrees, but it was Bourke that set the new mark for the state when the mercury hit 40C at 1.40pm.

Firefighters were bracing for the hot conditions over the weekend and danger ratings could reach extreme levels as a result of abnormally hot conditions, dry vegetation and a lack of rainfall.

A total fire ban has been declared for much of NSW.

The weekend also marks the beginning of the beach season and the return of lifesaver patrols with Surf Life Saving NSW reminding beachgoers to swim at patrolled beaches and between flags.

In Brisbane, the temperature gauge will just keep rising through the weekend, topping out at 35C in the CBD on Monday and not dipping below 30C all next week.Brisbane’s inland suburbs can expect a massive 37C on Sunday. Sydney is expected to be stinking hot today with some inland regions expected to reach 40C. Picture: Dean Lewins/AAPSource:AAP

But look further west, to Perth, and it couldn’t be a more different story with gale force winds, thunderstorms, heavy showers and below average temperatures.

Despite being worlds apart, the heat in the east and the chill in the west are all part of the same weather system.

Sky News forecaster Tom Saunders said heat spikes were common before an oncoming cold trough, the trough that is about to wreak havoc in Western Australia. 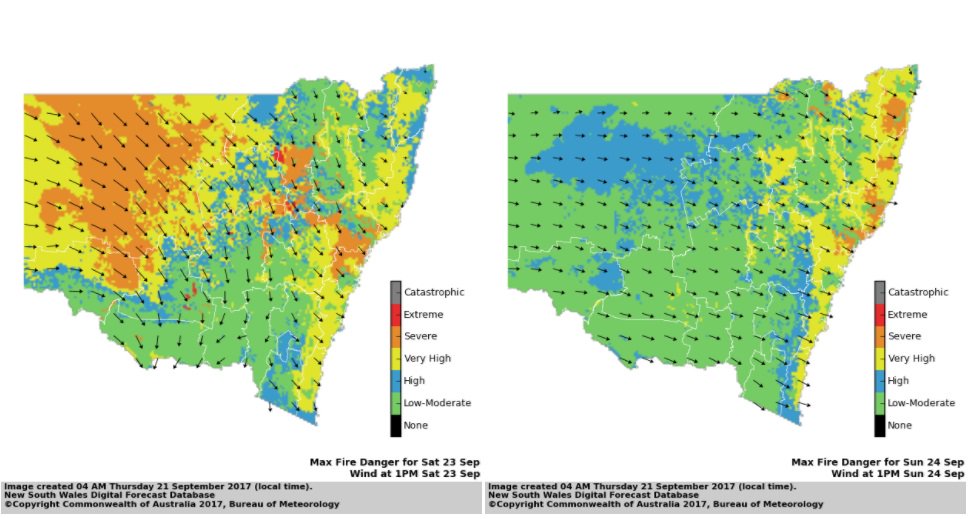 The Bureau of Meteorology predicted this September could go down in history.
“It’s going to be a hot weekend and records will be broken,” a spokesman told AAP on Friday. Shaping up to be a hot day across #NSW with temperatures forecast to break September records in several locations http://www.bom.gov.au/australia/meteye/ … 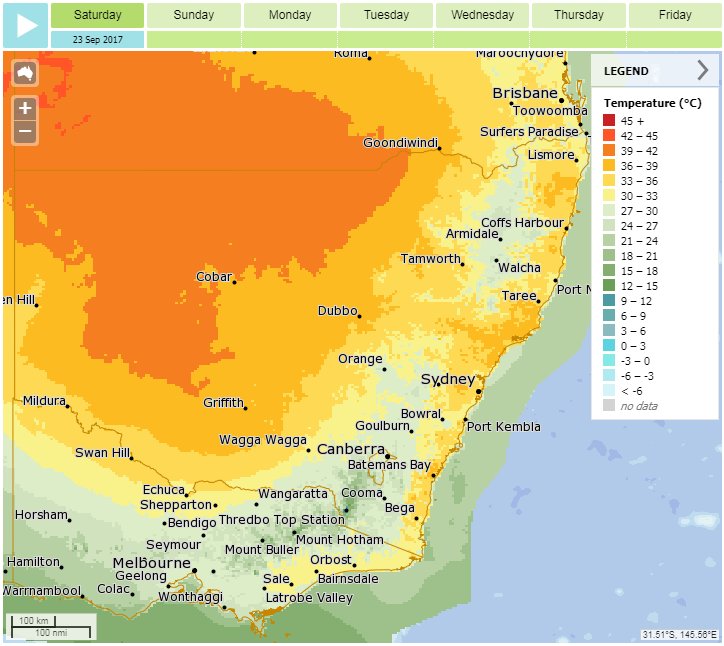