BACK OFF TRUMP: Russia furiously HITS BACK at USA over ban on Putin's military flights
RUSSIA has hit back at America's decision to ban military flights over its airspace - demanding Donald Trump reconsider the action. 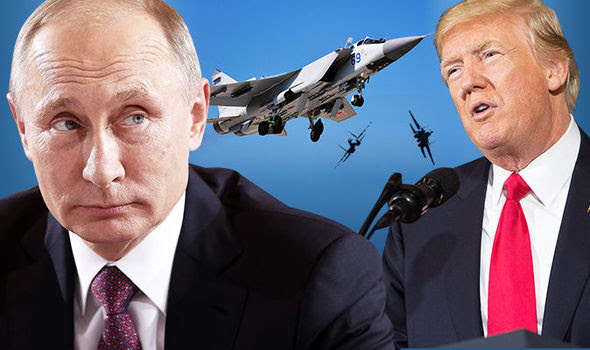 The Russian Foreign Ministry on Thursday told the United States to step back from a confrontation over military observation flights before the two countries became embroiled in another round of tit-for-tat retaliatory measures.

Washington has accused Russia of flouting the so-called Open Skies Treaty, an agreement designed to build confidence between the two countries' militaries, and said it plans to take measures against Moscow.

The Wall Street Journal newspaper reported on Tuesday the action would include restricting Russian military flights over American territory.

This was in response to claims Moscow prevented US observation flights over its heavily militarised Baltic exclave of Kaliningrad.

Russian Foreign Ministry Spokeswoman Maria Zakharova told a news briefing on Thursday that Moscow would respond to any new US restrictions.

Ms Zakharova said: “Nobody has cancelled the principle of reciprocity in international relations.”

Tensions have been high between the two nations since August when a Russian plane flew over Donald Trump's holiday destination.

But US officials said there were other violations of the Open Skies Treaty by Vladimir Putin's army.

A US Department of State Official said Washington would take "reasonable and comparable measures" to deal with Russia's alleged non-compliance with the treaty.

He said: ”We have long had concerns about Russia's implementation of the Open Skies Treaty. After repeated, unsuccessful attempts to engage Moscow diplomatically, we have elected to take some reasonable and comparable steps in response to Russia's non-compliance.

“We hope this will change Russia’s calculus and encourage Russia to engage with us about our concerns more constructively.

“We’re ready to reverse these measures at any time, should Russia come back into compliance with its Open Skies Treaty obligations.”

UK only has HOURS to prepare for WW3: North Korea vs US is REAL possibility - shock report 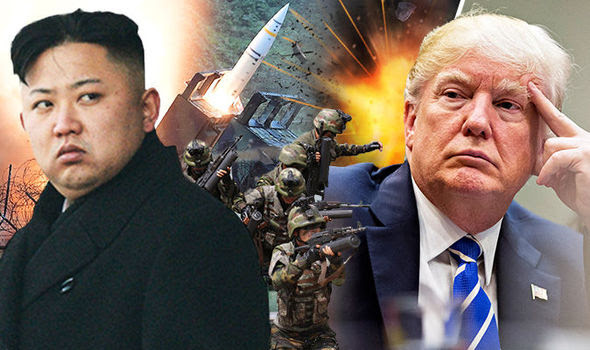 THE prospect of World War three between the US and North Korea is now a "real possibility" and Britain would have to act immediately, experts have warned. 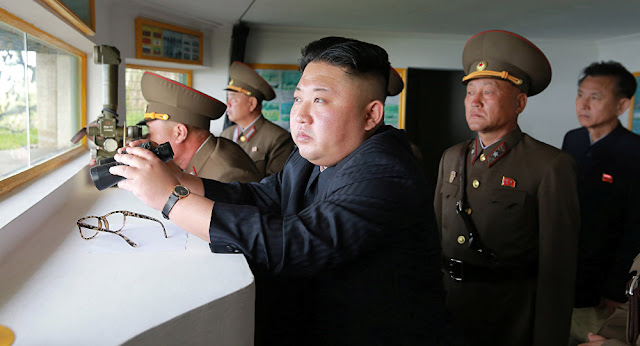 Turns out Kim Jong-un wasn't joking around when he said the DPRK would "tame [US President Donald Trump] with fire" last week.

According to Rodong Sinmun, a North Korean outlet, an estimated 4.7 million students and workers indicated they would volunteer to join or re-enlist in the Korean People's Army in the hopes of countering US forces.


Included in the estimates are some 1.22 million women, the outlet reported Thursday 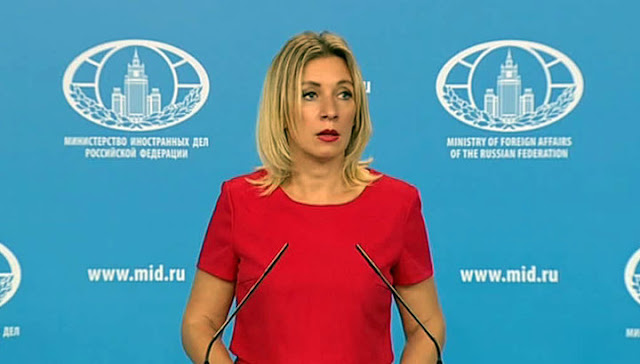 Russ Fort,
28 September, 2017
Moscow has decided to limit the range of NATO observation flights over the Kaliningrad region, as they interfered with the operation of the local airport, said spokeswoman for the Russian Foreign Ministry Maria Zakharova.
Zakharova stressed that the US accuses Russia of illegitimizing the range of observation flights in this region, and the countries of the North Atlantic alliance suspect Russia of trying to hide some military objects on the territory of the Kaliningrad region.
The Russian diplomat said that the matter is different - some Western partners, having the right to make observation flights for a range of up to 5 thousand 500 kilometers, used most of the time to study the Kaliningrad region.
"Crossing it along and across, thereby creating problems for using the limited airspace of the region and for the operation of the international airport," Zakharova said.
She noted that, by virtue of this, the Russian authorities were forced to limit the flights of foreign military aircraft in its westernmost region to 500 kilometers, which does not contradict the Open Skies Treaty.
The representative of the Ministry of Foreign Affairs of the Russian Federation recalled that the distance of 500 kilometers allows you to observe the most distant point of observation over the Kaliningrad region.
She spoke about another Washington's claim to Moscow - the refusal to observe flights along the border of Georgia with Abkhazia and South Ossetia.
According to Zakharova, the agreement states that the observation aircraft route can not pass more than 10 kilometers to the border of states that are not parties to the agreement.
"For us, as well as for a number of other states, Abkhazia and South Ossetia are not Georgian regions, but independent states, to which the cited situation is fully applicable," the representative of the Russian Foreign Ministry said.
Earlier it was reported that the US authorities are preparing to announce the imposition of restrictions on the flights of Russian military aircraft over the US territory under the Treaty on Open Skies.
The Treaty on the Open Skies was concluded on March 24, 1992 in Helsinki. Its purpose is to promote confidence-building between states through the improvement of mechanisms for monitoring military activities and compliance with existing arms control treaties. The purpose to provide an opportunity for the participants to fly to each other's territories.
In 2017 34 states are parties to the Treaty. Russia ratified the treaty on May 26, 2001