The socialist governments of Cuba and Venezuela practise solidarity. 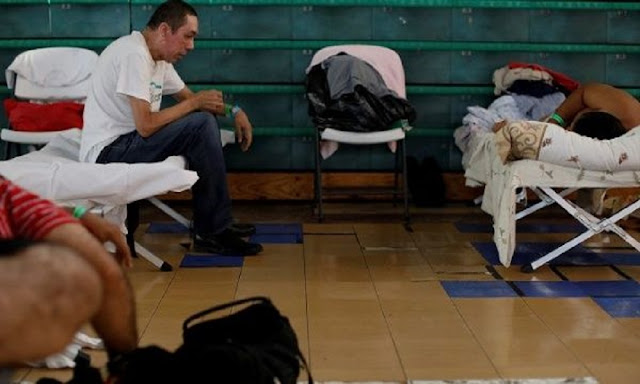 The governments of Cuba and Venezuela are offering relief assistance to Puerto Rico as it recovers from the devastating effects of Hurricane Maria.

Venezuelan President Nicolas Maduro promised to activate a “special plan of support and solidarity” for victims on the Caribbean island. Meanwhile, Cuban Foreign Minister Rogelio Sierra offered to send a team of 39 doctors “to help our brother people.”

The offers of support come as U.S. President Donald Trump’s administration continues to ramp up pressure against both leftist governments. The former reality TV star has threatened to bolster the illegal U.S. blockade against Cuba and has escalated sanctions against Venezuela.

“The situation here in Puerto Rico is dire,” said Case Harrity, a local Save the Children representative.

“This is a major disaster and recovery will take months, if not years. Families in Puerto Rico need more help, and they need it urgently.”

It wasn’t until five days after the hurricane hit Puerto Rico that Trump commented on the island’s destruction. Both Texas and Florida were in stable condition, he said, but Puerto Rico “which was already suffering from broken infrastructure & massive debt, is in deep trouble.”

The island’s electrical grid was “devastated,” the president added, reminding the public of its over US$70 billion owed to “Wall Street and the banks” which, he said, “must be dealt with.”

Save the Children reported that nearly 700,000 children and over 15,000 citizens have been displaced, forcing them to live in makeshift shelters while struggling to survive amid the destruction.

Tired of waiting for action from the government, New Jersey residents have organized a relief project for their friends and family in Puerto Rico. Despite the presence of FEMA workers on the ground, community leaders in New Jersey report that many of those areas in desperate need of aid are not in a position to receive it.

"The main roads are open. It's when you get into the inner cities that they are not as accessible as the main roads where you go to the center of the island, where the eye of the storm passed," said Lydia Valencia, CEO of the Puerto Rican Congress of New Jersey.

Numerous businesses there have also banded together, organizing fundraisers and gathering donations and supplies for relief efforts.

“We have about 25 pallets ready from the first collection of mixed items. Now we're working on loading the truck up again,” said Steve Levine, a local restaurant owner.