A mass evacuation in Vanuatu

Ambae evacuation effort in full swing
An armada of ferries, trawlers and other boats is heading towards the Vanuatu island of Ambae, as the country prepares to evacuate about five percent of its population

Footage of the #Ambae #volcano from the summit of Mt Lombenben. Uploaded to Facebook by Nixon Garae Tambeana Subs by #DailyPost

The government yesterday decided to evacuate the whole population of Ambae, as the island's volcano continues to erupt.

More than 7000 people are already crammed into coastal evacuation centres, as a thick layer of volcanic ash and acid rain blankets villages and crops.
The disaster coordinator on Ambae Manuel Ure said authorities were hoping to clear the whole island - more than 11,000 people - this weekend.

The evacuees will be scattered around the nearby islands of Santo, Pentecost, Malekula and Maewo, he said.

"A few people have already made personal arrangements to travel out from Ambae to their families in either Port Vila or Santo or the other islands, but the provincial arrangement, we are waiting [for] ships to come in and are hoping that we can evacuate most people probably during the weekend."

But Mr Ure said money and resources were really tight and he called on other provinces to assist more. 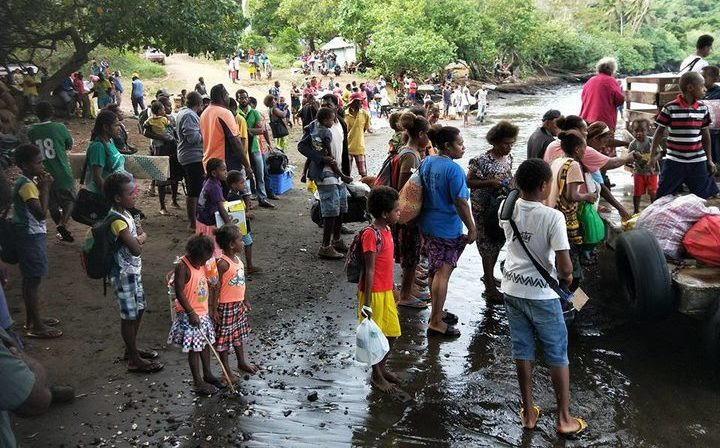 "We continue to supply them with basic food but at the moment we still have problem with food, shelter and water.

"The Vanuatu government been promising to give us some money and support us with funds and at the moment we received just 1 million vatu ($NZ12,800), but managing 8000 people that amount of money is not enough and we are still running out of shelter, food and water."

A leader in the Malbangbang area of southern Pentecost, Robinson Tema, said chiefs had made the decision to accept about 500 evacuees.
He said villagers were clearing out Nakamals and churches, readying for their arrival some time before Sunday.

"The area that I'm living in, they have lots of rivers. Maybe with food, we need help from the government to support us with food to feed the people who will be coming from Amba."

Mr Tema said he did not know how long people would be staying.

People devastated at having to leave their homes

The head of the provincial government on Ambae Georgewin Garae said people were upset at having to leave their home.

Mr Garae said islanders were used to the volcano - one of the world's most active - but he has never seen it erupt like it is currently.

He said people were devastated at what's going on, but safety was paramount.
"It is very devastating, it is very sad, the information that was going out yesterday notifying people of the move, people were crying. But then the understanding is that safety comes first."

Mr Garae said it is impossible to say how long it may be before they can return.
He said ships were starting to arrive from around the country with much needed supplies.

"We are hopeful that the ship that is coming today will provide enough for the remaining two or three days before we evacuate them to the other locations."

Mr Garae said he expeced the island to be completely evacuated by the middle of next week. 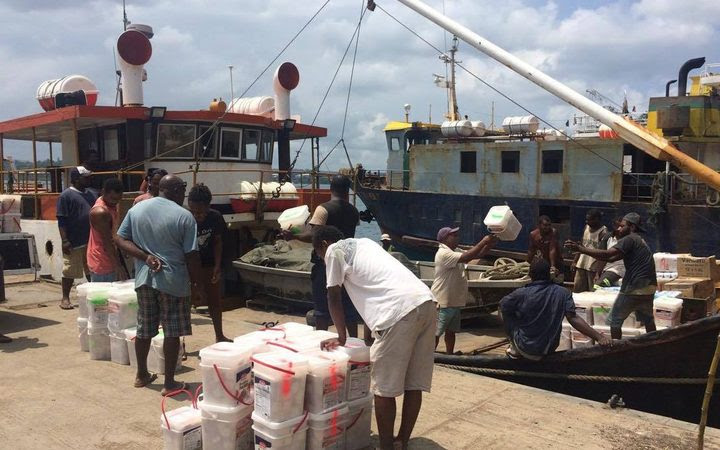 People from all walks of life are contributing to the Ambae relief effort. Photo: Vanuatu Daily Post

Lavinia Mahit of Auckland has family on Amba.

She said the situation was heartbreaking.

"I'm very concerned, I mean, what do you pack? What do you get? Where do you go?"

"And when you're being evacuated, how do you settle into another village on another island?"