What's up with the weather Down-Under?
Seemorerocks 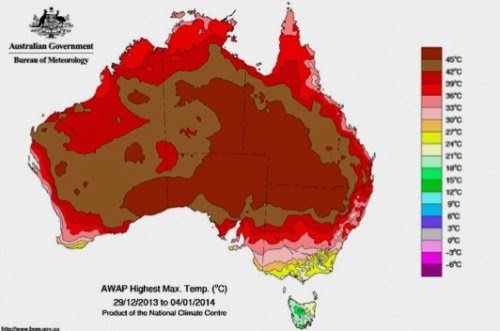 We are enjoying beautiful cloudless (and quite stable)weather at the moment in New Zealand, but the days are uncharacteristically balmy.

I remember Guy McPherson saying something along the lines that anyone under the age of 30-40 has no idea of what a “normal” climate is.

So it is for this part of the world.

When I was growing up (and when my father and grandfather were growing up) May would mark the transition to winter and certainly down in Canterbury the mornings would have a real bite to them. There was a stability to the weather back then and anticyclones would hang around for a week or two.

Instead of that we see rapidly changing weather – one day it will be cold with a southerly blowing; the next will see howling northerlies with perhaps one day of fine weather.

The other difference I have observed over the years is an increased level of cloud cover. There are now relatively few fine days and the nighttime sky is nothing like my stargazing childhood.

This autumn is a little different. The weather has been stable, the skies (relatively) clear.

The main thing has been that it has been warm. I am feeling slightly overheated in my sweater whereas normally during an anticyclone I would be feeling the bite of a frost.

Most people, as 'clever apes' do not notice.

They simply rejoice in the warm weather and complain when the rain comes, even if we are in the midst of a drought.

I can feel it in my bones – that something serious is up with the climate (and forget all that claptrap about weather being unrelated to climate) and the following maps seem to back up my inner feelings, although the map shows New Zealand being cooler than average.

If it is then (and temepratures in Wellington are below average)  I'll gladly eat my hat! 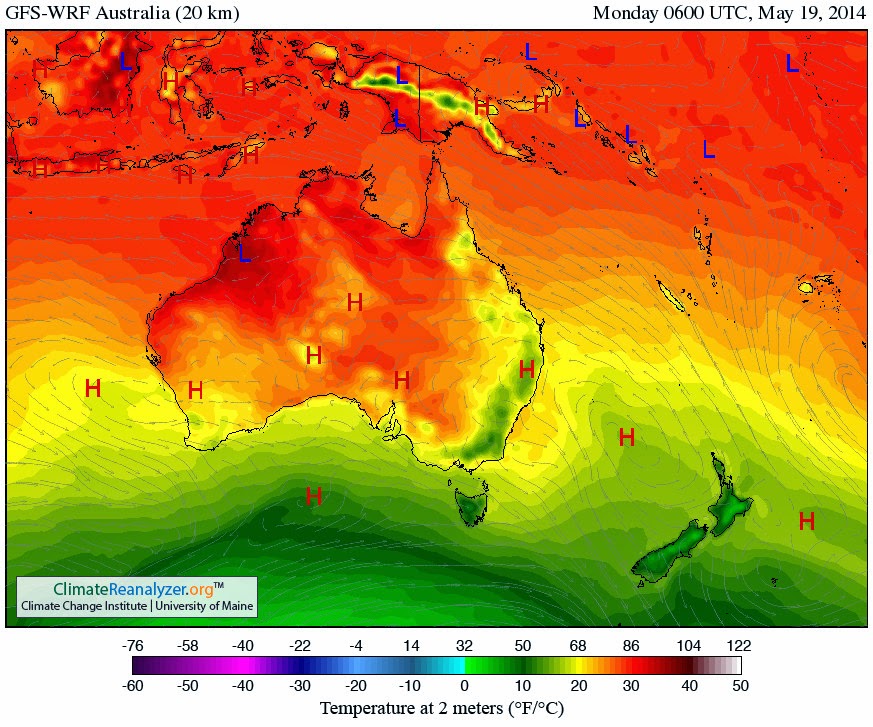 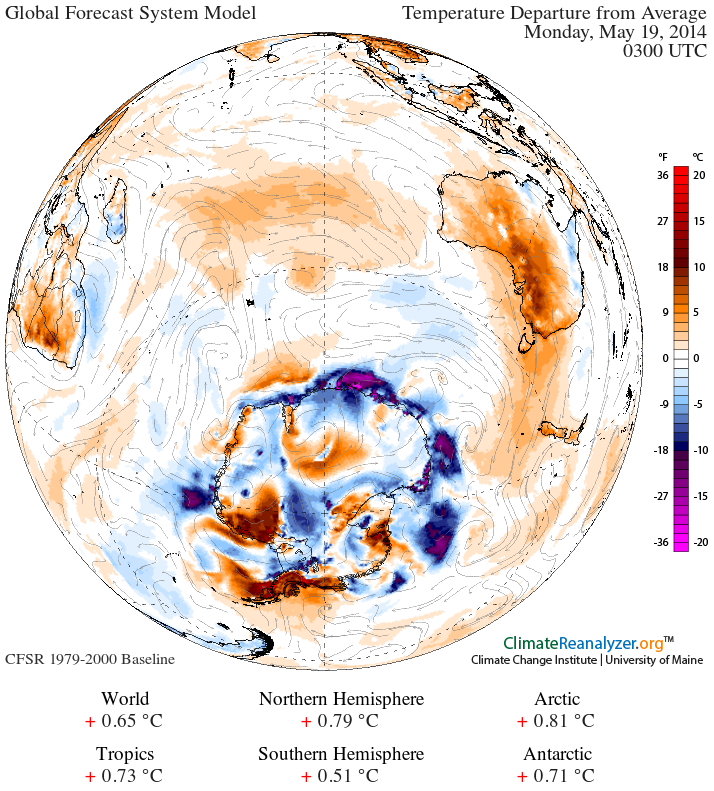 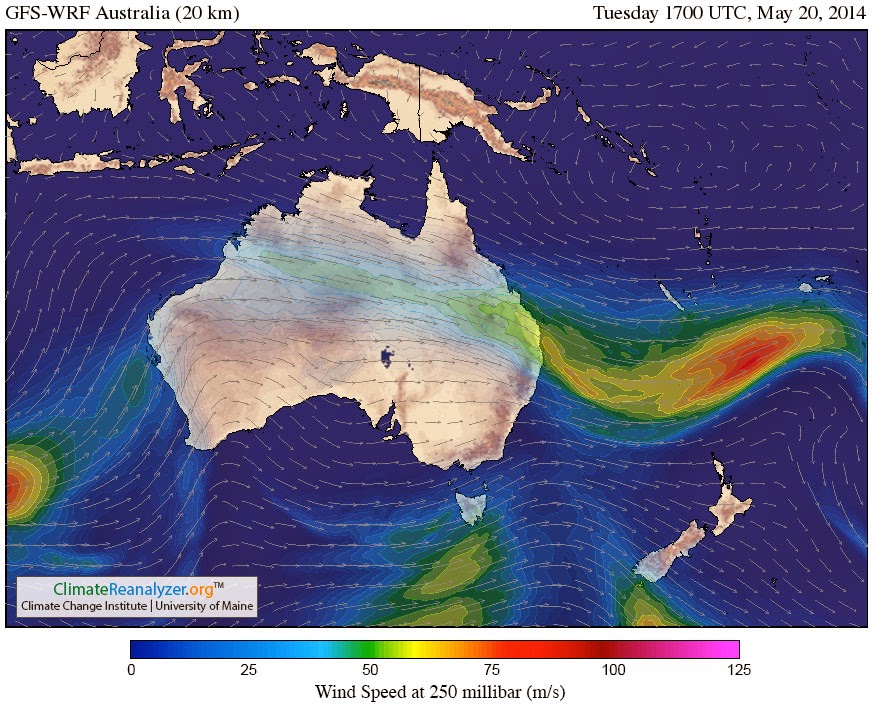 Meanwhile in the northern hemisphere there is an extradordinary situation with very high temperatures in northern Europe/Greenland. 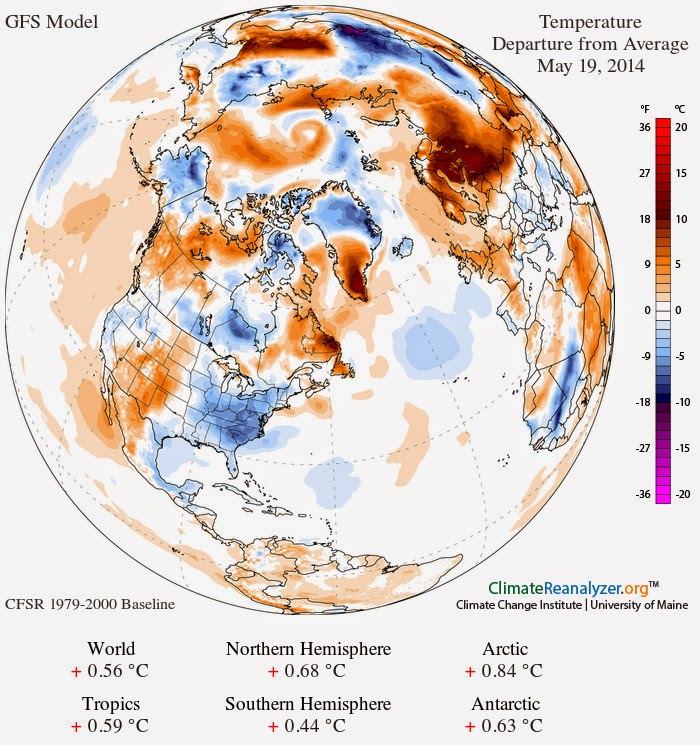 And tell me please, what is up with the Jet Stream. I've never seen it so 'broken-up' before. 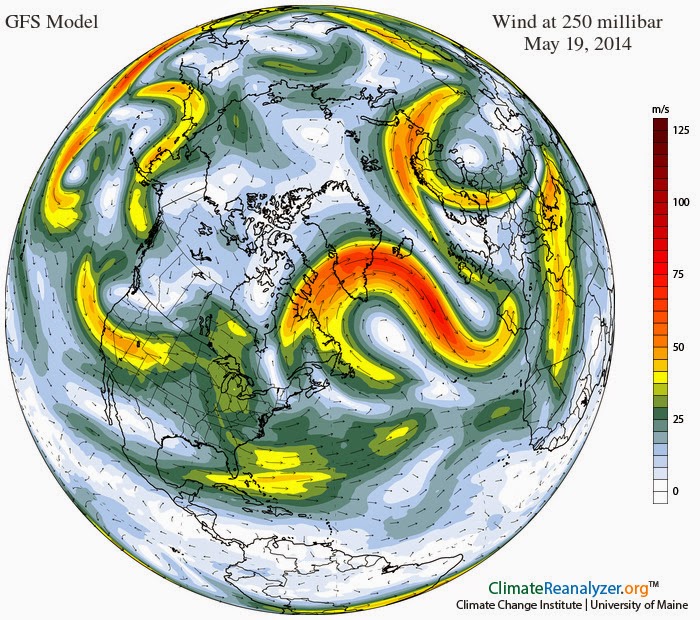