The erosion of democracy in New Zealand

This article is written 'off-the-cuff'. I would welcome any comments or suggestions on how this could be filled out. Also corrections.

The use of state power for private benefit 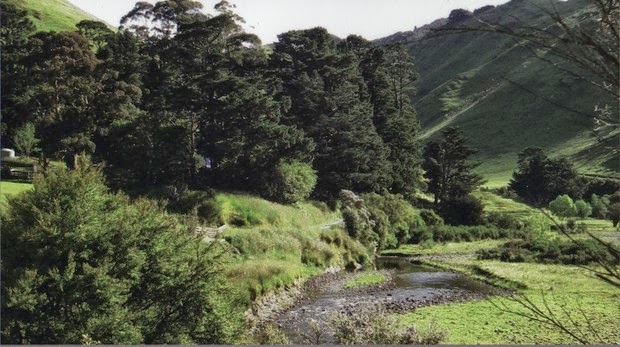 For at least the last 7 years (and before that, under a Labour government post 9/11) we have seen an erosion of democracy.

While, under the previous government we saw at least lip service paid to environmental protection and sustainability, this government has seen a litany of attack on the environment, human rights and all the foundations of a functioning democracy.

The following story which appeared on Radio New Zealand on Sunday illustrates just how this is happening.

Last week after the IPCC issued its report the government, in the form of Minister Tim Groser, lost no time in demonstrating its disdain but announcing that local government would be on its own as far as mitigating sea level rise.

This was followed, shortly afterwards by the announcement that the government was DOUBLING the area of land and sea available for oil drilling

Not only have they passed legislation under urgency effectively banning protest against Deep-Sea drilling but they are using methods technically within the law to avoid any public scrutiny of planning for different projects.

Recently executive pressure on the public service saw the Department of Conservation withdraw any objection to the damming of the Tukituki river in Hawke's Bay, and change their remit to one of broad support.

Now, this story behind plans to build dams and force people off their own land reveals another technique.

The negotiations have become secret and the aim is to keep them out of the media.

Not only that, but applications for information under the FOIA, which was already fraught, now becomes impossible where private sector third parties are involved. All they now need to do is to cite "commercial sensitivity."

As a general point, democracy at all levels has been challenged by this government in particular.

There have been, in New Zealand, essentially these foundations of democracy:

Someone said a while back that New Zealanders like their fascism (much as their racism) to be informal.

I think there is more than an element of truth to this.

I don't think that we are imminent danger of elections being cancelled, or people like myself rounded up.

The goals of the government can be achieved through the above-mentioned methods, through using the corporate and (increasingly) state-owned media to manufacture consent - by giving wide and frequent positive coverage to a right-wing party (ACT) that at present has 0.1% support in the polls, and by coming up with stories about the opposition Labour - Green alliance that reinforce an impression that they are unelectable, and that this government and PM Key are popular.

The odd thing is that in my social interactions I have yet to find anyone who supports government policy (yes, I DO know they're out there!)

Every single policy of this government, from roadbuilding, to fracking and drilling for oil, to legislation to allow spying in New Zealanders, to attacking the poor - is retrograde, and taking us in the opposite direction from creating such resilience as is needed to deal with economic collapse, energy descent and, first and foremost, catastrophic and rapid climate change.

It is doing these things without any democratic overview, practically without protest - and seems though its own use of the Big Lie and the support of the media, to be taking the public along with it.

The following stories act as examples of what is happening in this small country, and how it is being achieved. 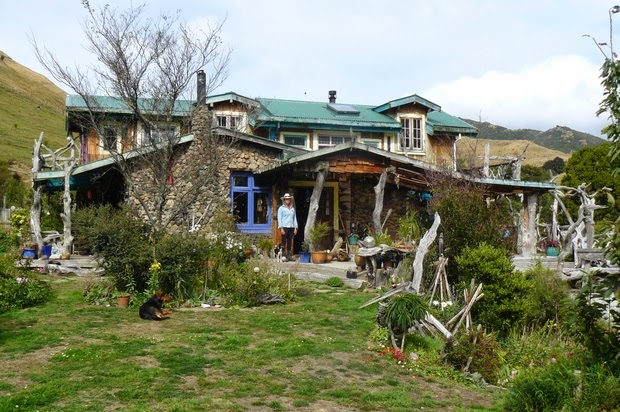 The Greater Wellington Regional Council has set up a new group to oversee a feasibility study into irrigation dams in the Wairarapa - and it says that group is not subject to public scrutiny. Hawke's Bay reporter Peter Fowler investigates for Insight.

The council is funding the feasibility study through the Wairarapa Water Use Project, along with the Ministry of Primary Industry's irrigation acceleration fund.

Until a few weeks ago, the Wairarapa project was led by the WWUP Leadership Group which took advice from the stakeholder advisory group.

No site has yet been confirmed, but a dam could flood this valley at Mangatarere.

But Carterton Mayor Ron Mark said he received a "sudden and unannounced" letter from Greater Wellington Regional Council in March which stated a new Wairarapa Water Use Project (WWUP) governance group had been set up, which sits outside the Local Government Act.

"That's not something that Carterton Council is comfortable with at all," he said. "That means they are not open to public scrutiny and the minutes they produce are not publicly available.

"They simply sit outside the processes that the Local Government Act applies to any committee formed by a territorial authority which is doing work for the people of that authority," he said.

Greater Wellington Regional Council chairperson Fran Wilde, who also chairs the Wairarapa Water Use Project, said half the funding has come from central government, which made it clear it wanted more focused management of the feasibility study.

"And so we put in that layer basically on their recommendation because we don't want to lose the Government funding," she said.

Ms Wilde said the WWUP Governance Group sits outside the Local Government Act because it will look at commercial issues, such as funding.

Mr Mark said that means whatever that committee discusses will also be out of reach of the Official Information Act (OIA).

Property owners in the Mangatarere Valley near Carterton have been using the Act to try to glean more information from meeting minutes and agendas about proposals to flood their properties for a dam that would hold 45 million tonnes of water.

"There was discussion about the risk of the project appearing in the media. It was deemed a risk. And that there was some gratification that hadn't occurred yet. So that was a bit of a puzzle." 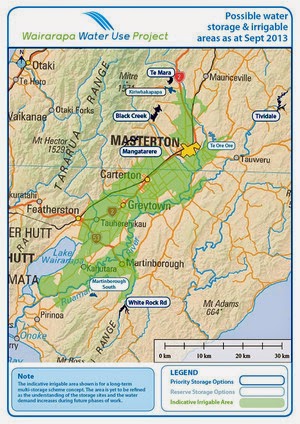 Mr Bennet said the council is supplying information to the landowners, but key pieces of information are missing which he thought would have been gathered before they proposed a dam in his valley and put the future of 25 landowners in doubt.

"We have requested information for instance about what economic studies have been done as to the benefits to the community. The answer is we won't supply that because the studies haven't been done yet," he said.

Ms Wilde said the council and government are funding a pre-feasibility study, but the actual construction and operation of any dam would be funded by private investors.

Mike Bennet said of the 15 landowners in the Mangatarere Valley, 13 do not want to move and are concerned that the Public Works Act could be used to forcibly acquire their land for the benefit of private investors.

Another Mangatarere Valley landowner, Paul Baker, said he does not believe the Public Works Act was intended to take land for private irrigation dams.

Economic Development Minister Steve Joyce said the Public Works Act could be used for private interests if there was a wider public good.

"The Public Works Act is used in a range of areas where private investment is involved, including telecommunications and electricity," he said.

Mr Joyce said the private investors take the risk and receive dividends from the project, but the public receive the benefit for example of electricity. Paul Baker said he does not believe irrigation dams meet that criteria.

If the private investors proceed with plans for a dam at the Mangatarere Valley site, it appears there may be conflict in getting some landowners to sell their land.

Vicki Feast has farmed 800 acres in the Mangatarere Valley for 27 years and built a unique house from materials she has gathered off her farm. She said she does not want to move.

Ms Feast said the first she heard of the dam was in 2012. "They put a map under my nose and I said, 'well I am underwater' and they said 'yeah!' It was as callous as that."

She said she had plans for her farm, but because the dam proposal was hanging over her she can not implement them and it is costing her financially.

"They don't care. They are ruthless and don't have hearts," she said.

Ms Wilde said she had great sympathy for the Mangatarere landowners and has told officials working on the dam to give them certainty as soon as possible, which she said looks like being in December.
'