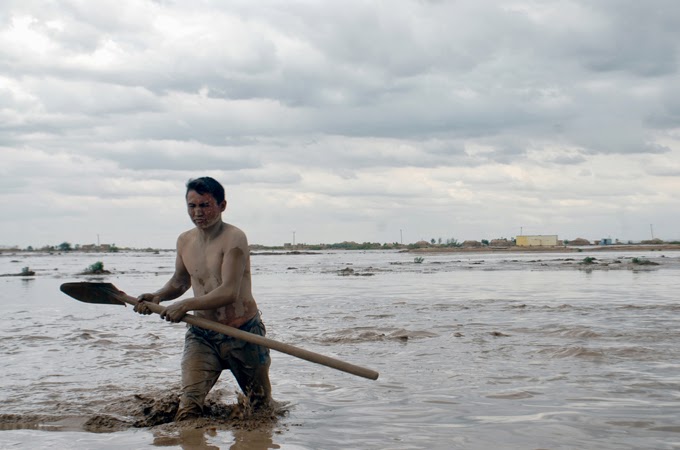 Flash floods in northern Afghanistan have killed at least 36 people and displaced thousands after days of torrential rain, officials say.

Authorities in one of the country's hardest hit regions of Jawzjan have put the death toll at 36, with the figure expected to rise further.

"Rescue helicopters have evacuated some 200 people, but many people are still trapped on roofs of their homes and some are also missing," Jawzjan provincial police chief Faqir Mohammad Jowzjani told the AFP news agency.

The head of the disaster relief committee in Jawzjan province, said more than 5,000 people had been displaced and there were shortages of medicine and water after heavy rain and storms swept through two districts of the region on Thursday night.

Faryab governor Mohammadullah Batash said the death toll in his province, which borders Turkmenistan, was expected to rise.

"Rain is still continuing, which is hampering relief efforts," he said.

The Afghan government has been scrambling to help survivors and search for stranded villagers by deploying army helicopters to reach affected areas.

The floodwaters swept through villages and fields, engulfing thousands of homes and leaving many people seeking safety on the roofs of their mud-brick houses.

Posted by seemorerocks at 09:38