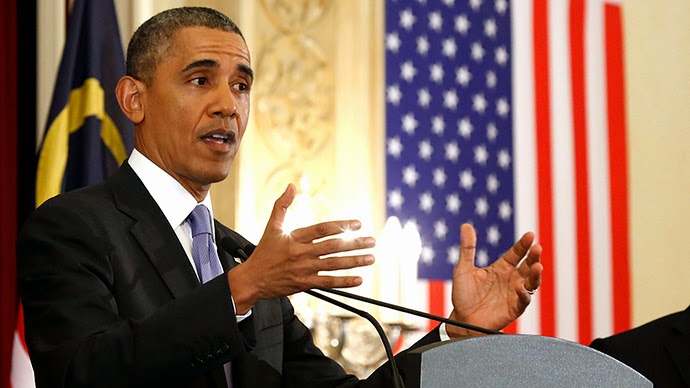 G7 members agreed Friday to roll out a third round of anti-Russian sanctions over the Ukrainian crisis. But those would be an extension of the previous two rounds of sanctions, which targeted 33 individuals in Russia and Ukraine and a Russian bank, which the Western government deemed responsible for the crisis in Ukraine or close enough to President Vladimir Putin to have leverage on him.
"What we will hear about in the coming days, what we will agree ... is an expansion of existing sanctions, measures against individuals or entities in Russia," UK Foreign Secretary William Hague told Sky News on Sunday.

The new round will slap travel bans and asset freezes on 15 more people, according to numerous insider reports. But it’s unlikely that they would have any greater effect on Russian policies than the sanctions already in effect. If anything, so far sanctions against the officials have only resulted in mocking calls from Russian MPs, politicians and ordinary citizens to add their names on the blacklists.
Imposing sanctions on some sectors of the Russian economy, which could actually hurt the country, remains an elusive goal for Washington. At the same time America, whose economic ties with Russia are mediocre at best compared to Europe’s, is unwilling to act alone. Otherwise, it would appear that there is conflict between Russia and the US, not Russia and the world, a narrative that Washington is struggling to promote.
"We're going to be in a stronger position to deter Mr. Putin when he sees that the world is unified and the United States and Europe is unified rather than this is just a US-Russian conflict," US President Barack Obama told reporters on Sunday.
But Europe has much to lose from imposing economic sanctions on Russia, and Obama said he sees how US-only sanctions won’t work.
“If we, for example, say that we are not going to allow certain arms sales to Russia, but every European defense contractor backfills what we do, then it’s not very effective,” he said. A G7 summit at the official residence of the Dutch prime minister in The Hague on March 24, 2014 on the sidelines of the Nuclear Security Summit (NSS). (AFP Photo / Alain Jocard)
With Russia being a major supplier of raw materials and buyer of European goods, the EU governments are far from being eager to shoot themselves in the foot with economic sanctions.


“At the moment there is no consensus among the EU members on which economic measures against Russia would be acceptable, or even if they are needed at all,” a European diplomatic source told Itar-Tass.
The diplomat, who spoke on the condition of anonymity, said only an open military invasion of Ukraine or irrefutable proof of Russian clandestine military presence in Ukraine would tip EU’s stance toward economic sanctions. So far every piece of evidence that Kiev and Washington made public of alleged involvement of Russian agents in Ukraine was either inconclusive or simply false.
The US and the EU are accusing Russia of stirring up anti-government protest in eastern Ukraine and failing to fulfill its obligations under last week’s Geneva statement. They want Moscow to publicly denounce the protesters holding governmental buildings in Ukraine in defiance of a military crackdown launched by Kiev.
Russia insists that it is the post-coup Ukrainian government, which is not making necessary steps to deescalate the violence. Moscow says Kiev must disarm radical nationalist groups, particularly the Right Sector, which toppled the previous Ukrainian government, and start negotiations with the protesters instead of threatening them with tanks and multiple rocket launchers.
If Kiev choses to escalate the crackdown on the protesters by using heavy arms against them Russia says it reserves the right to use its own military to stop bloodshed

Over a dozen of gunmen descended from the helicopter and launched an attack on a defense squad guarding a checkpoint near Soledar. As the unknown men attacked, the militia, most of them reportedly unarmed, was forced to retreat.
READ MORE:http://on.rt.com/4ryyzs

Pro-Russian protesters have seized a local state TV station in the city of Donetsk in eastern Ukraine, demanding that Russian TV channels be broadcast there.
READ MORE: http://on.rt.com/udtqqf

Posted by seemorerocks at 08:42