A Deadly Virus Is Spreading

Around Saudi Arabia And It

Reported cases of MERS have surged in Saudi Arabia in 2014 and no one seems to know why. 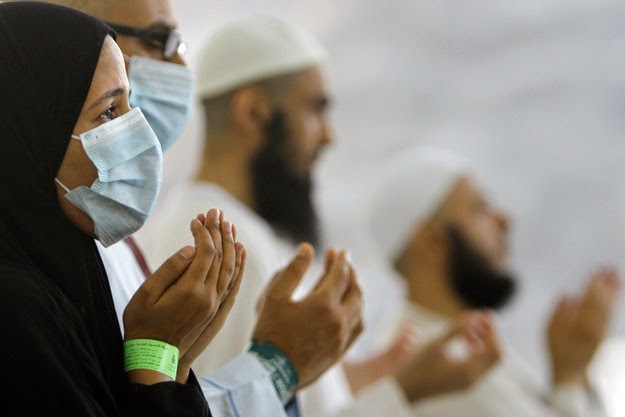 Saudi Arabia has been accused by health care experts of obscuring information about an outbreak of the deadly Middle East Respiratory Syndrome (MERS), after a surge in reported cases of the virus this month.

Over the last 30 days, MERS cases in Saudi Arabia have swelled from one to three daily to more than 10 reported cases each day, according to Ian MacKay, an associate professor at the Australia Infectious Diseases Research Centre at The University of Queensland. The first cases were reported in Jeddah and then spread to other areas around the country, raising alarm over how the royal kingdom will contain a virus for which no known treatment exists.

“We need the Kingdom of Saudi Arabia and United Arab Emirate’s health authorities to take the stage and help us understand what’s going on,” said MacKay. “In 2014 so far we’ve had more cases than in all of 2013.”

In April alone, there have been more than 140 reported cases so far, though MacKay warns that information about the cases is incomplete at best and it has been difficult for experts to get exact figures on the spread of the virus.

Ian M Mackay, PhD@MackayIMFollow
Well. That happened. #mers
Saudi officials have refused to confirm whether their tests suggest that the virus is mutating leading to greater human-to-human infection rates, and will not even comment on whether such tests have been conducted. A statement released by the World Health Organization confirmed that they were not receiving timely data on the spread of MERS, as they did not have the latest infection count. On their website they advise, ” WHO encourages all Member States to continue their surveillance for severe acute respiratory infections (SARI) and to carefully review any unusual patterns.”

Saudi Arabia has done little to answer criticism that it is mishandling a potential health crisis. On Monday, Saudi Health Minister Abdullah al-Rabiah was dismissed just days after visiting hospitals in Jeddah to calm public panic over the spread of the virus. His replacement was photographed days later appearing in hospitals, butwithout the surgical goggles virologists recommend to help prevent the spread of the virus.

MacKay said that concerns the virus had mutated were based on two clusters, one in Jeddah and the other in Abu Dhabi. He said that the outbreaks could be based on poor infection control and prevention protocols among health care workers, or that Saudi Arabia could be experiencing a mutation that makes human-to-human infection spread more widely. Until now, health professionals have argued that camels transmit MERS more easily to humans than humans do to one another, but that could be changing.

“There is too little virological information. An emerging virus is called that because it’s still ‘finding its way’ in a new host. Right now the MERS-CoV’s natural host seems to be the camel and then it makes forays into humans when conditions are right. Each and every time it does that there is a chance for the virus to evolve to become better at replicating in and transmitting from humans instead of camels. Because of that, an emerging virus needs to be carefully watched and that is done by gene or genome sequencing,” said MacKay.

In an interview with NPR earlier this week, Michael Osterholm, director of the Center for Infectious Disease Research and Policy at the University of Minnesota, said that once a virus readily transmits to humans, there is greater concern for a worldwide outbreak.

“It took us over a year to get the first hundred cases of this viral infection,” Osterholm told NPR. “Now in just the last two weeks, we’ve had a hundred cases. … There’s a major change occurring that cannot just be attributed to better case detection. Something’s happening.”

Yemen, Malaysia, the Philippines and Greece also reported their first cases last week, all linked to travelers from the Gulf.


Concerns voiced by global health professionals have been mounting as Saudi Arabia approaches the Hajj the first week of October. More than one million Muslims travel to Saudi Arabia each year to visit Mecca during the holy pilgrimage, in past years they have come from 188 countries. Virologists fear that unless Saudi Arabia takes great steps to ensure that they have contained and studied the MERS by October, it could be risking spreading the virus globally
Posted by seemorerocks at 21:03