Suspicious Deaths of Bankers Are Now Classified as “Trade Secrets”
It doesn’t get any more Orwellian than this... 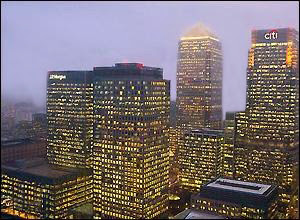 
Wall St on Parade,
28 April, 2014
It doesn’t get any more Orwellian than this: Wall Street mega banks crash the U.S. financial system in 2008. Hundreds of thousands of financial industry workers lose their jobs. Then, beginning late last year, a rash of suspicious deaths start to occur among current and former bank employees.  Next we learn that four of the Wall Street mega banks likely hold over $680 billion face amount of life insurance on their workers, payable to the banks, not the families. We ask their Federal regulator for the details of this life insurance under a Freedom of Information Act request and we’re told the information constitutes “trade secrets.”

According to the Centers for Disease Control and Prevention, the life expectancy of a 25 year old male with a Bachelor’s degree or higher as of 2006 was 81 years of age. But in the past five months, five highly educated JPMorgan male employees in their 30s and one former employee aged 28, have died under suspicious circumstances, including three of whom allegedly leaped off buildings – a statistical rarity even during the height of the financial crisis in 2008.
There is one other major obstacle to brushing away these deaths as random occurrences – they are not happening at JPMorgan’s closest peer bank – Citigroup. Both JPMorgan and Citigroup are global financial institutions with both commercial banking and investment banking operations. Their employee counts are similar – 260,000 employees for JPMorgan versus 251,000 for Citigroup.

Both JPMorgan and Citigroup also own massive amounts of bank-owned life insurance (BOLI), a controversial practice that pays the corporation when a current or former employee dies. (In the case of former employees, the banks conduct regular “death sweeps” of public records using former employees’ Social Security numbers to learn if a former employee has died and then submits a request for payment of the death benefit to the insurance company.)

Wall Street On Parade carefully researched public death announcements over the past 12 months which named the decedent as a current or former employee of Citigroup or its commercial banking unit, Citibank. We found no data suggesting Citigroup was experiencing the same rash of deaths of young men in their 30s as JPMorgan Chase. Nor did we discover any press reports of leaps from buildings among Citigroup’s workers.

Given the above set of facts, on March 21 of this year, we wrote to the regulator of national banks, the Office of the Comptroller of the Currency (OCC), seeking the following information under the Freedom of Information Act (See OCC Response to Wall Street On Parade’s Request for Banker Death Information):
The number of deaths from 2008 through March 21, 2014 on which JPMorgan Chase collected death benefits; the total face amount of BOLI life insurance in force at JPMorgan; the total number of former and current employees of JPMorgan Chase who are insured under these policies; any peer studies showing the same data comparing JPMorgan Chase with Bank of America, Wells Fargo and Citigroup.

The OCC responded politely by letter dated April 18, after first calling a few days earlier to inform us that we would be getting nothing under the sunshine law request. (On Wall Street, sunshine routinely means dark curtain.) The OCC letter advised that documents relevant to our request were being withheld on the basis that they are “privileged or contains trade secrets, or commercial or financial information, furnished in confidence, that relates to the business, personal, or financial affairs of any person,” or  relate to “a record contained in or related to an examination.”

The ironic reality is that the documents do not pertain to the personal financial affairs of individuals who have a privacy right. Individuals are not going to receive the proceeds of this life insurance for the most part. In many cases, they do not even know that multi-million dollar policies that pay upon their death have been taken out by their employer or former employer. Equally important, JPMorgan is a publicly traded company whose shareholders have a right under securities laws to understand the quality of its earnings – are those earnings coming from traditional banking and investment banking operations or is this ghoulish practice of profiting from the death of workers now a major contributor to profits on Wall Street?

As it turns out, one aspect of the information cavalierly denied to us by the OCC is publicly available to those willing to hunt for it. On March 24 of this year, we reported that JPMorgan Chase held $10.4 billion in BOLI assets at its insured depository bank as of December 31, 2013.

We reached out to BOLI expert, Michael D. Myers, to understand what JPMorgan’s $10.4 billion in BOLI assets at its commercial bank might represent in terms of face amount of life insurance on its workers. Myers said: “Without knowing the length of the investment or its rate of return, it is difficult to estimate the face amount of the insurance coverage.  However, a cash value of $10.4 billion could easily translate into more than $100 billion in actual insurance coverage and possibly two or three times that amount” said Myers, a partner in the Houston, Texas law firm McClanahan Myers Espey, L.L.P.

Myers’ and his firm have represented the families of deceased employees for almost two decades in cases involving corporate-owned life insurance against employers such as Wal-Mart Stores, Inc., Fina Oil and Chemical Co., and American Greetings Corp. (Families may be entitled to the proceeds of these policies if employee consent was required under State law and was never given and/or if the corporation cannot show it had an “insurable interest” in the employee — a tough test to meet if it’s a non key employee or if the employee has left the firm.)

As it turns out, the $10.4 billion significantly understates the amount of money JPMorgan has tied up in seeking to profit from workers’ deaths. Since Wall Street banks are structured as holding companies, we decided to see what type of financial information might be available at the Federal Financial Institutions Examination Council (FFIEC), a federal interagency that promotes uniform reporting standards among banking regulators.

The FFIEC’s web site provided access to the consolidated financial statements of the bank holding companies of not just JPMorgan Chase but all of the largest Wall Street banks. We conducted our own peer review study with the information that was available.

Four of Wall Street’s largest banks hold a total of $68.1 billion in BOLI assets. Using Michael Myers’ approximate 10 to 1 ratio, that would mean that over time, just these four banks could potentially collect upwards of $681 billion in tax free income from life insurance proceeds on their current and former workers. (Death benefits are received tax free as is the buildup in cash value in the policies.) The breakdown in BOLI assets is as follows as of December 31, 2013:
Bank of America    $22.7 billion
Wells Fargo             18.7 billion
JPMorgan Chase      17.9 billion
Citigroup                   8.8 billion

In addition to specifics on the BOLI assets, the consolidated financial statements also showed what each bank was reporting as “Earnings on/increase in value of cash surrender value of life insurance” as of December 31, 2013. Those amounts are as follows:

Given the size of these numbers, there is another aspect to BOLI that should raise alarm bells among both regulators and shareholders. The Wall Street banks are using a process called “separate accounts” for large amounts of their BOLI assets with reports of some funds never actually leaving the bank and/or being invested in hedge funds, suggesting lessons from the past have not been learned.

On May 20, 2008, Bloomberg News reported that Wachovia Corp. (now owned by Wells Fargo) and Fifth Third Bancorp reported major losses on failed gambles with BOLI assets. “Wachovia reported a $315 million first-quarter loss in its bank-owned life insurance program, known as BOLI, because of investments in hedge funds managed by Citigroup Inc. Fifth Third said in a lawsuit filed last month that it had losses of $323 million from Citigroup’s Falcon funds, which slumped more than 50 percent in the past year as the subprime market collapsed.” Citigroup’s Falcon Strategies hedge fund had lost as much as 75 percent of its value by May 2008.

Following are the names and circumstances of the five young men in their 30s employed by JPMorgan who experienced sudden deaths since December along with the one former employee.

Joseph M. Ambrosio, age 34, of Sayreville, New Jersey, passed away on December 7, 2013 at Raritan Bay Medical Center, Perth Amboy, New Jersey. He was employed as a Financial Analyst for J.P. Morgan Chase in Menlo Park. On March 18, 2014, Wall Street On Parade learned from an immediate member of the family that Joseph M. Ambrosio died suddenly from Acute Respiratory Syndrome.

Jason Alan Salais, 34 years old, died December 15, 2013 outside a Walgreens inPearland, Texas. A family member confirmed that the cause of death was a heart attack. According to the LinkedIn profile for Salais, he was engaged in Client Technology Service “L3 Operate Support” and previously “FXO Operate L2 Support” at JPMorgan. Prior to joining JPMorgan in 2008, Salais had worked as a Client Software Technician at SunGard and a UNIX Systems Analyst at Logix Communications.

Gabriel Magee, 39, died on the evening of January 27, 2014 or the morning of January 28, 2014. Magee was discovered at approximately 8:02 a.m. lying on a 9th level rooftop at the Canary Wharf European headquarters of JPMorgan Chase at 25 Bank Street, London. His specific area of specialty at JPMorgan was “Technical architecture oversight for planning, development, and operation of systems for fixed income securities and interest rate derivatives.” A coroner’s inquest to determine the cause of death is scheduled for May 20, 2014 in London.

Ryan Crane, age 37, died February 3, 2014, at his home in Stamford, Connecticut. The Chief Medical Examiner’s office is still in the process of determining a cause of death. Crane was an Executive Director involved in trading at JPMorgan’s New York office. Crane’s death on February 3 was not reported by any major media until February 13, ten days later, when Bloomberg News ran a brief story.

Dennis Li (Junjie), 33 years old, died February 18, 2014 as a result of a purported fall from the 30-story Chater House office building in Hong Kong where JPMorgan occupied the upper floors. Li is reported to have been an accounting major who worked in the finance department of the bank.

Kenneth Bellando, age 28, was found outside his East Side Manhattan apartment building on March 12, 2014.  The building from which Bellando allegedly jumped was only six stories – by no means ensuring that death would result. The young Bellando had previously worked for JPMorgan Chase as an analyst and was the brother of JPMorgan employee John Bellando, who was referenced in the Senate Permanent Subcommittee on Investigations’ report on how JPMorgan had hid losses and lied to regulators in the London Whale derivatives trading debacle that resulted in losses of at least $6.2 billion.

Related Articles:
Swiss Insurers and JPMorgan Have More than ‘Suicides’ in Common