in a very advantageous 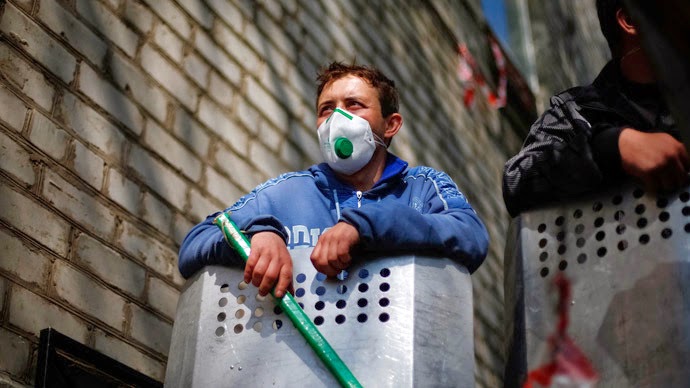 
The Ukrainian crisis is likely to push Russia to develop a crucial relationship with China, and it’s also probable that the US will cozy up more with China to balance against Russia, both of which benefit China, Chinese expert Andrew Leung told RT.

RT: With Western sanctions in, do you think Russia and China will become closer?

Andrew Leung: Both countries are at the cusp of a possible Eurasia century. I say this because the interests of both countries are beginning to converge. China is the second-largest economy, external oriented, wants a lot of energy and resources, and Russia has them in abundance. Of course China wants to expand its market worldwide and to establish trading relationships across the globe. A deep sea port, for example, in Crimea would be a very good pivot for China towards Central Europe, Eastern Europe, as well as the Mediterranean. And also because of geopolitical concentration, supplies of energy from Russia overland to China would be much safer than transporting China’s energy through the ports in Iran where events will be beyond China’s control, or through the Malacca strait controlled by the US Seventh fleet. So transportation of energy through Russia and Central Asia would be of strategic importance to China, and then, of course, Russia’s energy supplies would be placed in a very good position. And both countries share common interests in developing relationships with Central Asia.

RT: What kind of cooperation between Russia and China are we likely to see?

AL: The relationship is both economic as well geopolitical. I have just explained the economic side. The geopolitical side is because, first of all, energy security for China avoiding transporting the energy and resources through areas which are likely to be controlled by the world superpower, America, for example in the Malacca strait which is very narrow. And then transporting energy through Central Asia and Russia will be safer for China. Also the Ukrainian crisis is likely to push Russia more towards China as a balance against America. It’s also likely to push America more towards China to balance against Russia. So China would be in a very advantageous position to develop crucial relationship with Russia. When we look at current so-called sanctions, American sanctions on Russia, and Russia has already signed a deal tripling the amount of energy sale from Russia to China by 2018, so that by that time China will become the largest customer of Russian energy. This is a huge volume of trade and of course trade demands a payment system, and, because of possible sanctions, Russia is likely to make use of Union Pay, China’s payment system. And of course these huge energy contracts are likely to be priced outside the US dollar; it’s likely to use the renminbi and that of course will tally with China’s desire to internationalize renminbi. So there are many areas in which the two countries interests converge.

RT: Russia's willing to create its own payment system to rival MasterCard and Visa. Some experts also suggest that Russia should cooperate with China and use the Chinese system. Plus there are talks of forming a new regional currency. How likely is any of this to come to fruition?

AL: Of course some sanctions have already been imposed, against certain Russian individuals, against some money flows, the world’s money flow is controlled now by Western dominated financial institutions and of course the US dollar, so that’s why there could be opportunities for Russia to make use of China’s payment system. China's Union Pay is already the world’s second-largest by volume and third-largest by share, double the American Express share. So this is an opportunity. But one big thing is the reference to developing the Russian Far East. Now the Russian Far East is a vast land mass with tremendous reserve of resources and you need a buyer, you need a country that needs these resources, and China is of course a very good partner. China is exporting its infrastructure capabilities across the globe, and China’s infrastructure facilities, finance coupled with companies could help develop the Russian Far East.

RT: How serious would the impact of the Western sanctions against Russia be?

AL: It’s not so worrying and in fact there is money outflow from Russia. I think the data suggest that the outflow during the past couple of months is equal to the outflow for the entire last year. And, of course, the Russian ruble has been affected, although it has recently recovered.