U.S. – All of California now

in drought, cost estimated to 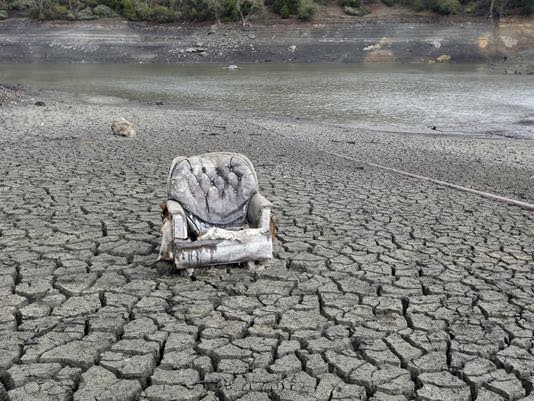 This week marks the first time in the 15-year history of the Drought Monitor that 100% of California was in moderate to exceptional drought.

The cost of the drought in California is estimated at least $7.48 billion in direct and indirect costs, according to Mike Wade, executive director of the California Farm Water Coalition. This includes crop losses and about 20,000 job losses tied to 800,000 acres of idled farmland.

Crops such as iceberg lettuce, broccoli, bell pepper, cantaloupe and tomato are being hardest hit, the farm coalition reports.

"If you combine the current drought with the nearly $450 million in damage to the state's citrus crop from a freeze last December, the state's agriculture has really had a rough couple of months," says Steve Bowen, a meteorologist with Aon Benfield, a global reinsurance firm based in London.

"If the intensity of the drought remains prolonged, the economic cost will surely continue to grow," he says.

The worst of the drought in California is centered in the west-central part of the state.

The city of Montague, in Northern California, risks running out of drinking water by the end of summer and has requested that all outside watering be reduced until further notice, according to the Monitor. This is the first time in over 80 years that this has occurred.

More than 60% of the West is in some form of drought. Only Montana and Wyoming are completely drought-free.

The main cause of the recent intensifying of the drought is a persistent weather pattern that kept storms from the region for much of the winter, according to meteorologist Richard Heim of the National Climatic Data Center in Asheville, N.C.

A study this month in Geophysical Research Letters by scientists at Utah State University suggested that the type of "stuck" climate pattern that caused the drought could be linked to climate change, but much more research will need to be conducted on the subject to reach any definitive conclusions. 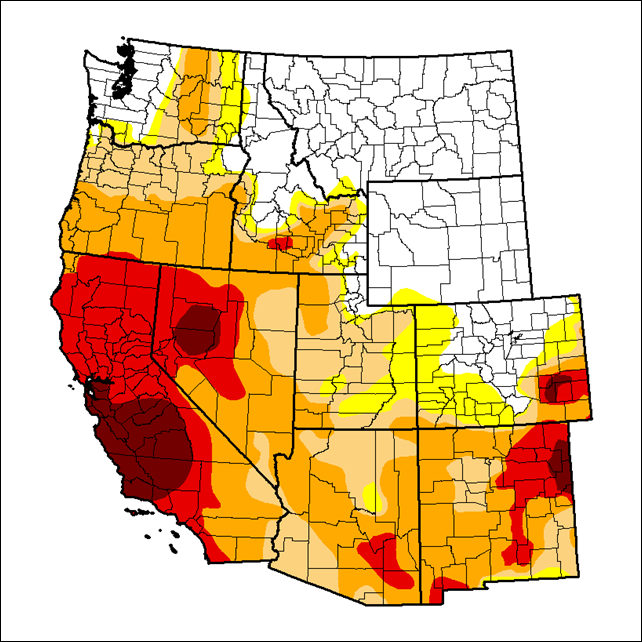 The entire state of California is now in a drought. "Exceptional" drought -- the worst level -- is in dark brown on the map. Red, orange and tan represent lesser levels of drought.(Photo: U.S. Drought Monitor)

Posted by seemorerocks at 21:19