The rains in Canterbury are not likely to be so serious this time round. The point is, however, that the region has had accumulatiing rain with very little warm and drying weather for growing crops. 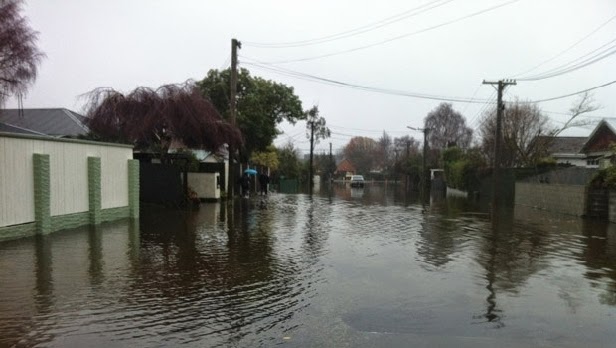 MetService said eastern Otago and Canterbury can expect 80mm - to 120mm rain over the next 24 hours.

Light snow is falling on Lindis Pass, but police say the troad is still passable.
Snow fell on Sunday on the Milford Pass road, but has since stopped.

Canterbury Regional Council said the catchments are reasonably dry and the river systems should cope with the latest rain, so no major flooding is likely.

Mid-Canterbury Federated Farmers president Chris Allen said being fed up with rain is an understatement.

He said 160mm of rain has fallen in April, compared to the normal 60mm. Springs and aquifers are full and the ground can't absorb much more.

Allen said farmers in the region already moved stock away from waterways a long time ago.

Sometimes the Radio New Zealand Rural news program Country Life can give the best idea of what's going onw ith the weather and of growing conditions.

Posted by seemorerocks at 08:30