And then what? How shall I live my life?
Guy McPherson 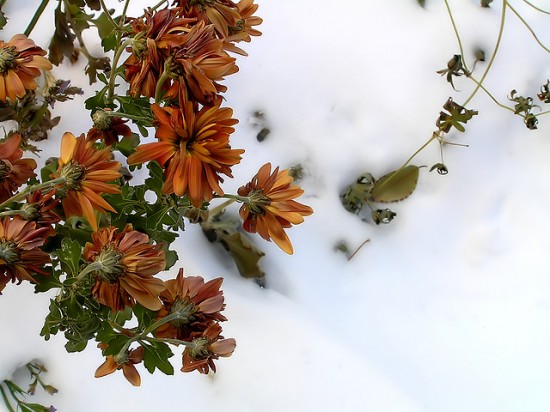 
As Garrett Hardin pointed out long before his death a decade ago, that’s the ecologically relevant question. Anybody interested in individual or societal action must be willing to answer this question.

With respect to ongoing depletion of fossil fuels, any response to Hardin’s question must include the matter of scale. Individuals are able to abandon fossil fuels before they abandon us. Doing so with grace is a bit challenging, but it’s hardly impossible, as evidenced by numerous examples in the Transition movement. Contemporary industrialized societies, on the other hand, are exhibiting little interest in adapting to a world without ready access to inexpensive fossil fuels. Apparently the people pulling the primary levers of industry would rather continue fighting than switch to a saner way of living.


With respect to ongoing, accelerating climate change, any response to Hardin’s question must include the matter of scale. Individuals are able to abandon a fossil-fuel-fueled lifestyle with minor costs, including the disparagement that comes from living outside the mainstream. But, as illustrated by Jevons’ paradox and the Khazzoom-Brookes postulate, individual choices do not translate to societal choices. An individual change in consciousness rarely leads to societal enlightenment. Jumping off the cruise ship of empire will not prevent the ship from striking the iceberg, and it nonetheless results in near-term death of the individual.
How dire is the climate-change situation?

On a planet 4° C hotter than baseline, all we can prepare for is human extinction according to Oliver Tickell’s 2008 synthesis in the Guardian). Tack on aninformed assessment published in the 30 January 2013 issue of theVancouver Sun of BP’s Energy Outlook 2030 concluding that global average temperature of Earth will hit the 4° C mark in 2030, and it doesn’t look good for Homo sapiens beyond a few more years.

The question then arises: What shall I do? How shall I live my life? In other words, now that we have knowledge of the near-term demise of our species,then what?

There are more than seven billion responses to the latter questions. Recognizing that birth is lethal and that we have an opportunity to demonstrate our humanity on the way out the door, I’ve chosen an eyes-wide-open, decidedly counter-cultural approach. I’ve opted out of empire, and I practice and promote a gift economy.

Beyond my own actions, I suggest individuals take actions they never previously imagined. I promote resistance against the dominant paradigm, even though — especially though — it appears too late to save our species from near-term extinction. I propose assaulting ourselves and others with compassion. I recommend heavy doses of creativity and courage. I advise doing something well beyond the cultural current of the omnicidal main stream.

At this point, what have you got to lose? Indeed, what have we got to lose?
Michael Sosebee’s documentary film is available. Details and ordering instructions for Somewhere in New Mexico before the End of Time can be found here.