Iran oil embargo seen as a problem for South Africa 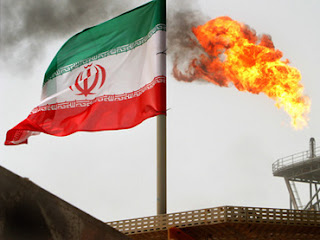 Xinhua,
27 January, 2012
CAPE TOWN, Jan. 26 (Xinhua) -- If South Africa follows the U.S. and the European (EU) by banning new contracts for crude oil and petroleum products from Iran, South Africa's oil refineries may have to carry out multimillion-rand reconfigurations, the Cape Argus newspaper in Cape Town reported on Thursday.
The newspaper reported that the Iran embargo is a political conundrum for South Africa, which is serving as rotating chair of the United Nations Security Council.
South Africa's ruling African National Congress (ANC) has long had close ties with the Iranian government. Iran is South Africa's principal supplier of crude oil.
In the 1990s, the South African government under former President Nelson Mandela offered to sell nuclear enrichment expertise to Iran.
South Africa has for years argued that embargoes against Iran should be dropped, believing its nuclear intentions were peaceful.
However, South Africa may have to review its stance.
The newspaper quoted Nelisiwe Magubane, the director-general of South Africa's Department of Energy, said the South African government is still mulling its response to the imposition by the 27 EU foreign ministers of the embargo.
Magubane said her department will take direction ultimately from the South African Department of International Co-operation and Development.
"We have done a quick assessment of the refineries that will be affected," she noted, indicating this had been done by assuming that an embargo was placed by South Africa.
South Africa's oil refineries are all run by private oil companies including Shell, BP, Sasol, Engen and Chevron.
South Africa is investigating sourcing alternatives from other countries, including Saudi Arabia, Nigeria, Ghana and Angola, she said.
Posted by seemorerocks at 17:06