Greece: a portrait of collapse

Nightmare of disorderly default focuses minds on Greece
Argentina's chaotic bankruptcy a decade ago triggered riots, looting and dozens of deaths. The prospect of that horror scenario playing out in Greece is focusing minds across Europe as the threat of default remains all too real. 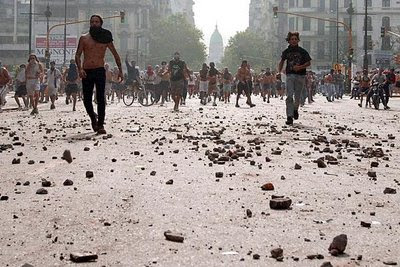